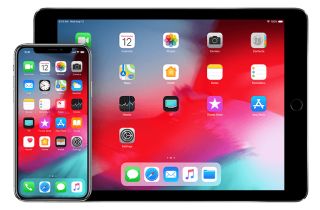 Like most phones, the average iPhone has a small screen unless you're willing to upgrade to a "Plus" size version. However, even the iPhone Plus has a smaller screen than an iPad. Most people would love to watch their movies and videos on the larger screen, and they want to know if there's a way to display their iPhone screens on their iPad. Luckily, there are several ways to mirror iPhone to iPad so that you can view all the content stored on your iPhone on iPad's larger screen. We'll be looking at the six best apps that easily mirror your iPhone to iPad, Mac, and PC.

AceThinker Mirror is our first iPhone to iPad screen mirroring app suggestion. iOS systems now can mirror a phone screen to other iOS devices, such as iPads. AceThinker Mirror is your best choice for displaying an iPhone screen on another device. This professional screen mirror application allows you to stream a phone screen directly to a computer or another phone. It also allows you to control your device using your mouse and keyboard. There's even the function to record the screen of your device and take screenshots. Before firing up AceThinker Mirror, you should make sure the devices are both connected to the same internet network. Keep reading to learn more about how to stream iPhone to iPad using AceThinker Mirror.

First, using both devices, go to the main menu, then launch the App Store. From here, go to the search menu then type in the name of the app. After that, tap "Get" to install the app entirely into your iPhone. 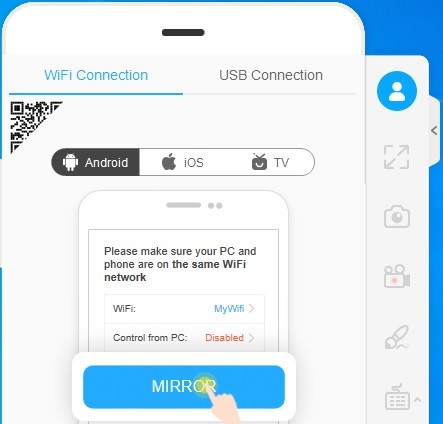 Now, from the iPhone, go to the "Settings" to select "Control Center." From here, hit "Customize Controls," then tap the "Plus" sign to add the screen recording. After that, launch AceThinker Mirror for both devices and be sure they are connected to the same WiFi network. Using the iPhone, tap the blue "M" button to detect the iPad. After that, tap the iPad's name to mirror them. 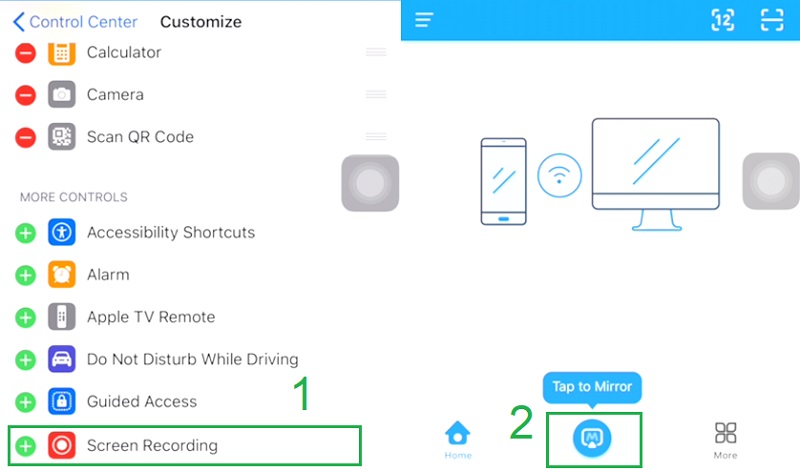 Now, both devices are mirrored into each other. Next, every activity you do on your iPhone will be mirrored directly into the iPad. 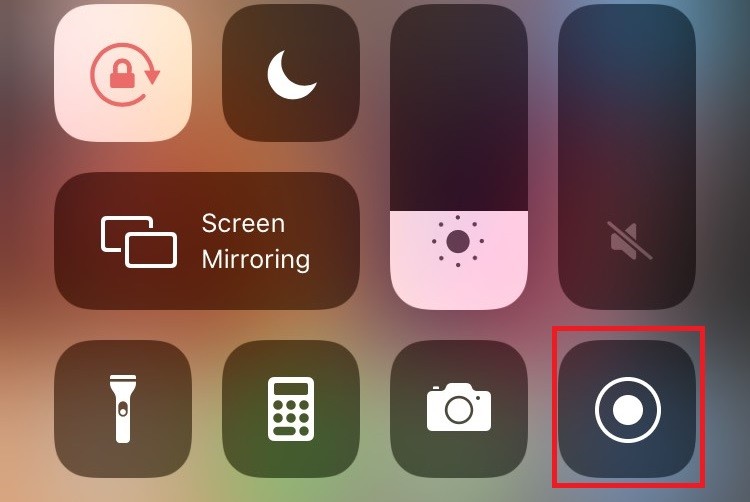 Alternative Tools to Screencast to Mirror iPhone to iPad

As apple adapts to emerging trends, some features offered by the best third-party apps become part of the standard working of their latest model devices. For example, Apple built screen mirroring capabilities directly into their Apple phones. This means that users don't need to download and install third-party apps to screen mirror iPhone to iPad. Instead, they can use AirPlay to share their screens to different Apple devices. It can be used to do other things than just share screens too. Airplay can stream music, photos, and videos between iPhone, iPad, and Apple TV. Given that it is built into your device, there's no need to worry about compatibility problems.

TeamViewer is a great little application that works well on just about all platforms, whether it's a computer or a mobile device. The program is primarily used to remote control computers across the internet. By copying the TeamViewer ID of your PC to the TeamViewer of your phone, you can start mirroring it wherever you are. Besides, it can also be used for screen mirroring iPhone to iPad. Before going ahead, make sure that the devices are both running iOS 11. This app makes it easy to share screens between devices. Those are the reasons why Teamviewer is one of the best ways to mirror the iPhone to an iPad. 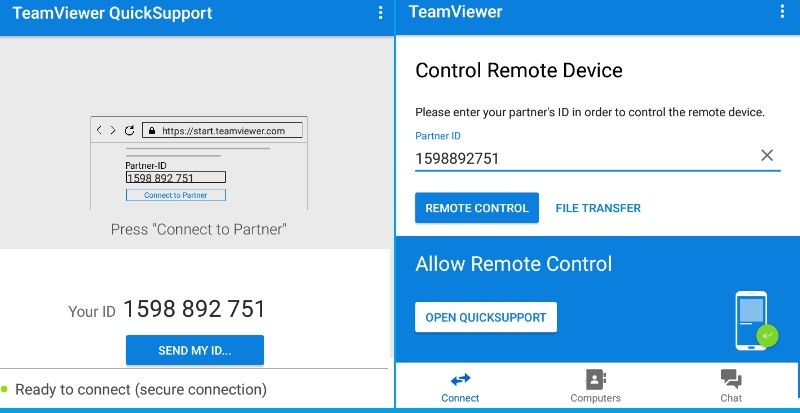 Mirroring Assist makes it easy for iOS users to stream their screen to an Android device, Fire TV, or tablet through Airplay. This app makes it easy to screen mirror from iPhone to iPad. The software helps you play games, watch movies, make presentations, teach, and do much more. Mirroring Assist lets you play music from your iTunes account to the Android device. Also, it allows you to watch videos from iPhone on iPad and stream from an iPhone or iPad to a larger Android TV screen. Mirroring Assistant supports iOS 6 and later. 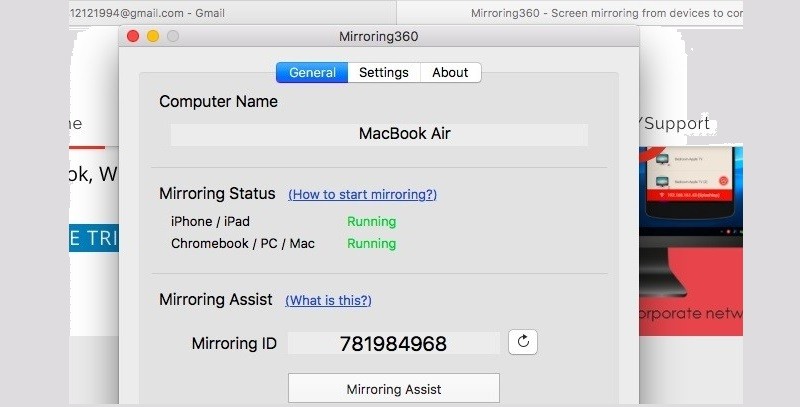 Reflector 3 offers wireless iPhone to iPad screen mirroring and streaming. It works with Airplay, AirParrot, and Google Cast. There's no need to install anything extra to use this handy app. It is everything you need to showcase applications, make presentations, play games, and watch movies from your iPhone, iPad, and Android devices. Reflector 3 shows iPhone on iPad perfectly, letting you mirror an iPhone display on the iPad effortlessly. So if you want to mirror your iPhone to iPad easily, then don't hesitate to try using Reflector 3. 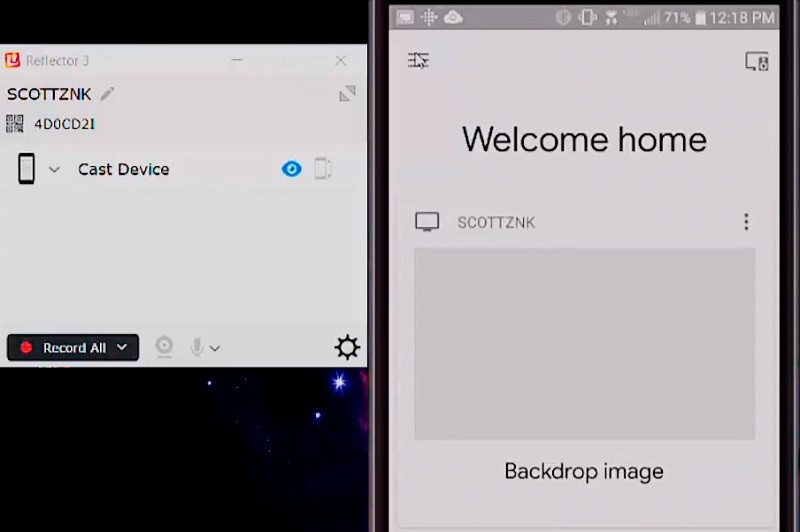 iTools is another app that works with Apple devices and can project iPhone to iPad. The software fully supports all the latest versions of the iPhone and iPad. It can mirror the phone screen to Apple TV or iPad and stream audio too. Streaming audio is not something every app can do. On top of all of that, iTools is a free app. While it has a lot of good points, there are some disadvantages to using it. It can be good for streaming iPhone to iPad, but it doesn't display the iPhone on Apple TV as well. However, if you're looking for something that lets you stream audio and video from one device to another, then this is one app that can't be beaten. 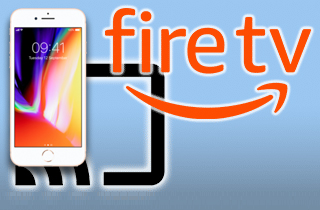 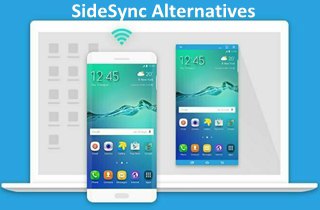