How to Mirror Android to iPhone to Play Games and Apps 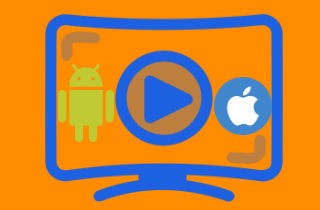 Android and iOS are the top mobile operating systems which are opposite. Each operating systems have their advantages over the other. With Android, users are free to install every free app they desire while on iOS, there are limited open applications available. If you are an Android user, you may have thought about sharing your screen with an iOS device and seeking ways to do so. Unfortunately, such methods are rarely available on the internet, because it is not that easy to do. Luckily, you won't have to spend so much time looking for viable solutions, because you will find ways to mirror Android to iOS in this article.

AceThinker Mirror is a screen mirroring application that you can use to stream Android to iOS. The tool has a highly-intuitive interface, which makes it easier for first-time users to familiarize themselves with the tool. Using this tool, Android users will enjoy using their apps from an iOS screen. The first thing that you need to do, is to make sure that both Android and iOS devices are connected to the same WiFi network. To use this tool, follow the steps below. 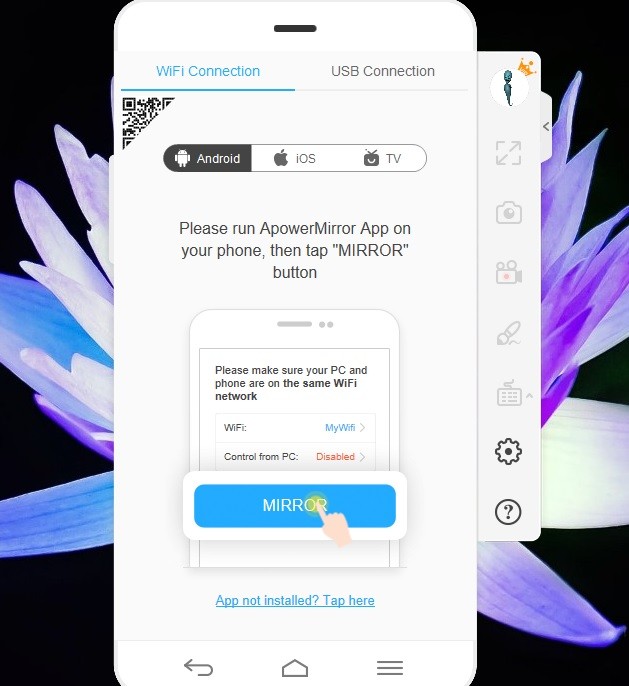 After installation, launch the app on both devices, and the main interface will appear. From the Android device, tap the "M" button to start the scanning process.

Step 3 Connect the Android to the iOS device 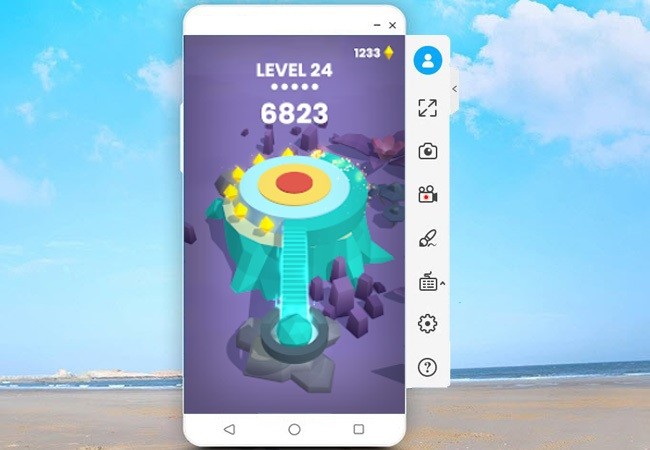 Note: You can still use the iOS device while mirroring is in progress. You can even tap the "Home" button without canceling the screencast. However, if you close the AceThinker Mirror app from the iOS, then the screencast will be canceled.

AirMore is an online phone manager tool. The tool is effective for transferring files from a mobile device to a PC without using a USB cable. Aside from that, it can also mirror your Android device to PC and iOS because of its unique "Reflector" feature. Using this advanced feature, you will be able to mirror Android screen to iOS screens without having to connect any cables. To learn how to use this online phone manager, follow the steps below. 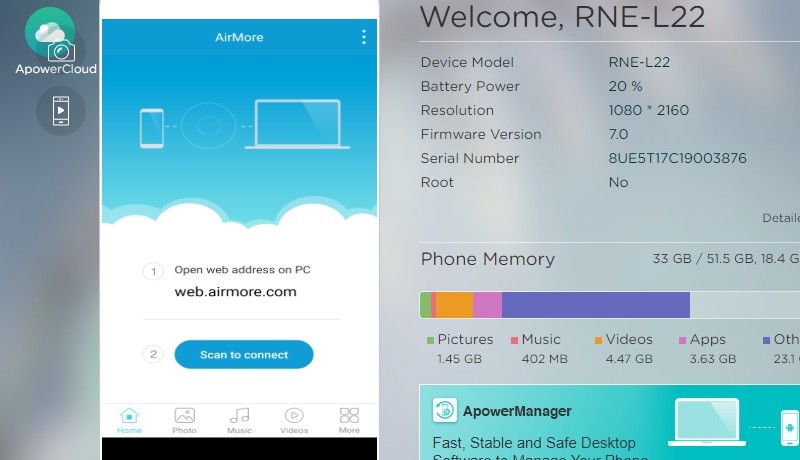 Note: To ensure that the mirroring process will work, the Android version must be 5.0 and up.

Screen Stream over HTTP is a convenient way to stream from Android to iOS. This app uses the IP address of the network as a bridge to mirror the Android device to any screen with a web browser. The tool supports Google Chrome, Safari, and Firefox, which makes it very reliable. To learn how to use Screen Stream over HTTP, follow the steps below. 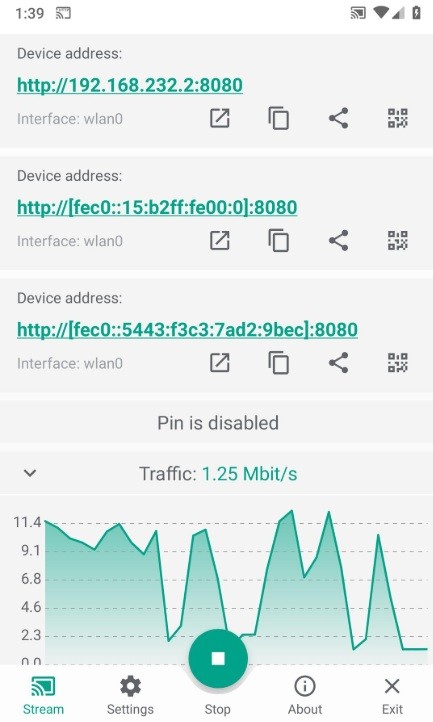 EZCast Screen offers multi-platform screen mirroring for Android device. This efficient tool can mirror an Android phone to iOS seamlessly. This means that it is even possible to play games because there will be no delay. Additionally, the tool is supported by both Windows and Mac operating systems, which makes it highly recommended. To learn how to use EZCast Screen, follow the guide below. 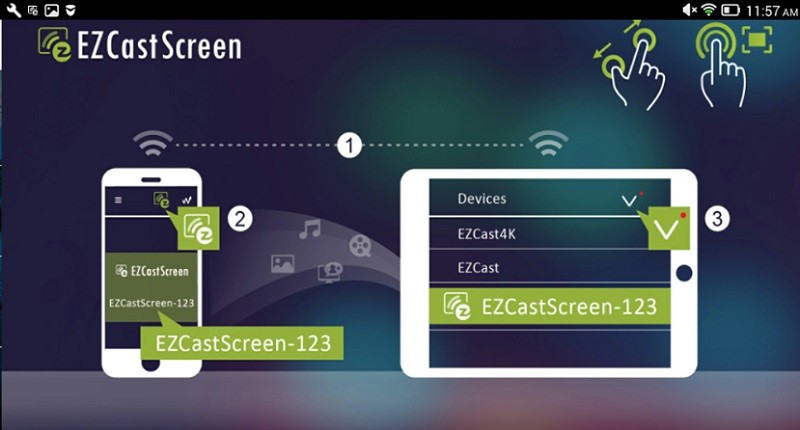 Airplay for Android & Screen Stream Mirroring, is a new application for Android devices that can use the Airplay application of iOS devices. The app acts as an Airplay receiver for Android, which can be detected by an iOS and Mac device. Using this application, Android users will be able to send images, audio files, and videos from their device to iOS and vice-versa. To learn how to use this exceptional Android application, follow the user guide below. 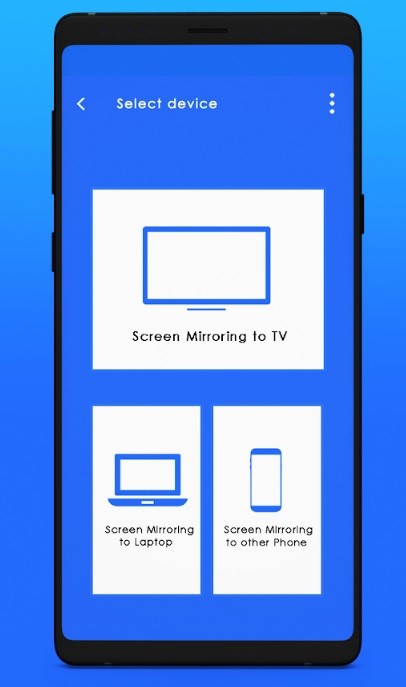 Mirroring Android to iPhone is a new concept, which is why there are still a few ways to do it. That is why it very fortunate to come across some tools that work. With that being said, AceThinker Mirror is the best way to accomplish this task. Although the tools mentioned above provide a safe and sure way to mirror your Android to iOS, AceThinker Mirror has a few advantages. One example is that you will still be able to control the iOS device.

Posted by Trafalgar to Mobile Mirror 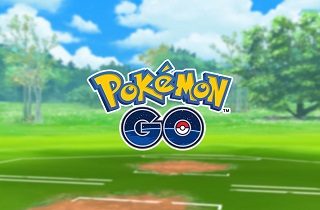 The Best 4 Ways to Play Pokemon Go on PC 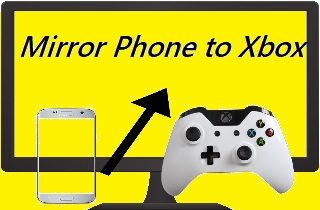 4 Reliable Ways to Mirror Smartphone to Xbox One