Solve Tumblr Video Not Working on Chrome and Android/iPhone 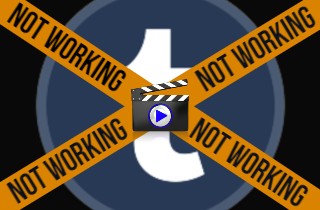 Tumblr is one of the most popular social networking and Microblogging websites where users can check out a variety of original multimedia content posted by other users in the form of short blogs. However, sometimes we encounter the issue of Tumblr videos not playing. They just keep loading endlessly no matter how long you wait. If you’re experiencing the same problem and having difficulty with video playback on Tumblr, we might have a solution for you. In this article, we’ll discuss all the possible reasons for this issue and share some easy methods to troubleshoot the issue. Let’s get started.

How to Fix Tumblr Video Not Working on Chrome

If Tumblr videos are not playing on your Chrome browser, there are chances the problem is lying within the browser. Here are some common solutions to solve the Tumblr videos won't play.

If your Chrome browser is overloaded with cookies, it will affect the Tumblr video playback and it will start loading endlessly. To fix the issue click on the 3 dots at the upper right corner of the browser and go to “Settings” > “Advance”> “Clear Browsing data”> and “Clear data” After clearing the cookies go back to Tumblr to see if videos on Tumblr not playing is already fixed. 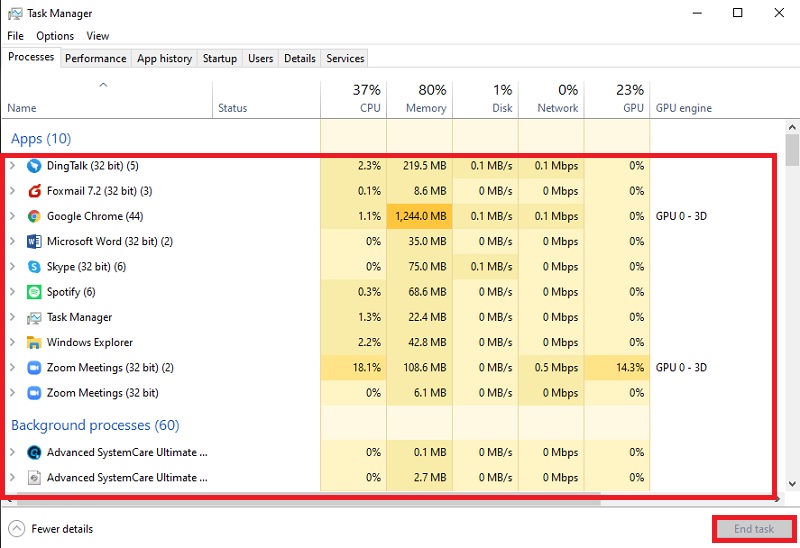 If none of the above-mentioned methods works, you can tweak some experimental features. Sometimes the problem lies somewhere in Chrome which is hard to figure out. Try the following method to see if the problem gets resolved.

How to Fix Tumblr Video Not Playing on Android/iPhone

If Tumblr videos are not playing on your Android/iPhone there could be plenty of things that could be wrong with your phones such as damaged apps, corrupted video, insufficient memory, or network issues. There are a number of effective methods to solve this issue but before doing anything the first thing you need to do is back up the data on your phone because things might go wrong and you may lose all the data on your phone. Once you’re done with backup proceed with fixing the issue.
Here are some methods you can try to troubleshoot the issue.

Check the network connection as a poor network can interfere with the connection between your phone and the video causing difficulty in playing the video. Go to your settings> General> Reset and select “Reset Network Settings” and log in to your network once again.

Make sure you’re using the updated version of the Tumblr app. Most of the time video playback issues are a result of some kind of bug in the app and to get rid of it, you have to update the app. Go to the App Store/Play Store and check the available updates.

Uninstalling and reinstalling Tumblr can help you fix the glitch in the app that might be causing the playback issues.

There should be enough storage on your phone to be able to play Tumblr videos smoothly. Remove all the extra apps on your phone and clear all the junk files.

Sometimes iPhone users face issues in playing Tumblr videos due to software glitches. An easy way to fix it is “iMyFone Fix Ppo” which is a professional repair tool made to fix software issues. 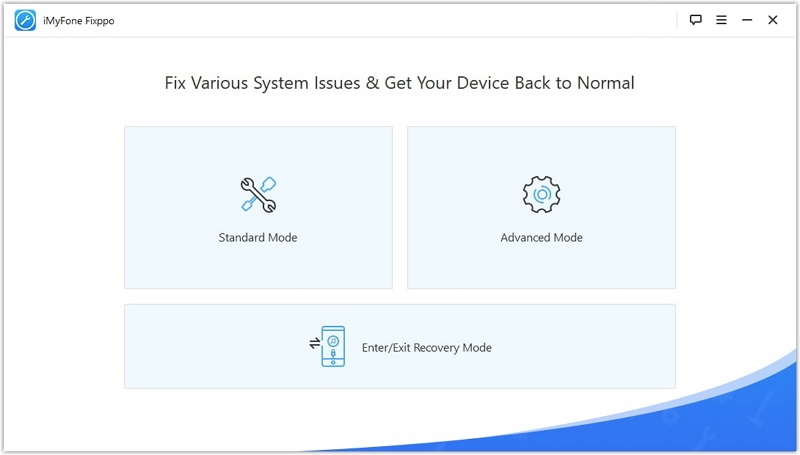 Use Browsers to Watch Videos

Try to watch Tumblr videos on Chrome and Safari rather than using the Tumblr app and you’ll be less likely to face Tumblr videos not playing issues. 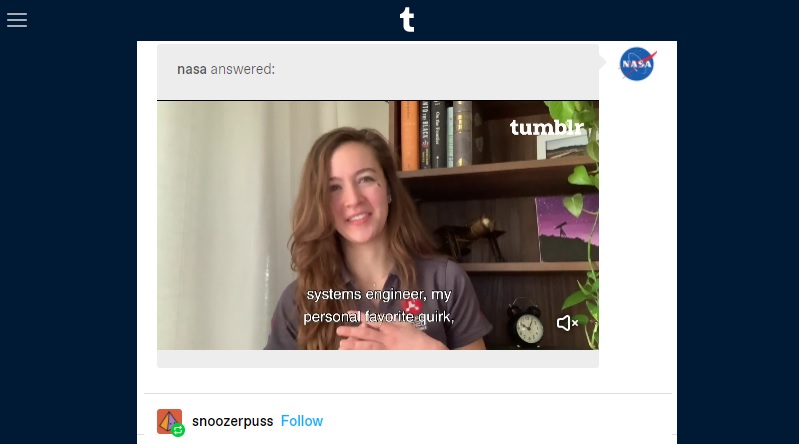 While scrolling through Tumblr we sometimes encounter videos that we instantly want to reblog, but unfortunately, Tumblr doesn’t allow users to download videos straight from their website. This is where Acethinker Video Keeper comes into play. It is an all-in-one free Tumblr video downloader with a dedicated app that caters to all your video downloading demands. If you’re planning to go off the grid for a few days, and want to hold on to some special Tumblr videos for offline watching, Acethinker video downloader is your best bet. It allows you to download any video you want from Tumblr posts in high quality. Acethinker Video Keeper has made downloading videos as easy as liking a post on Tumblr. Now you can save hours of Your valuable time and download your favorite Tumblr videos in the blink of an eye. Here are steps to download any Tumblr video in just a few clicks:

Go to Tumblr, find the video you wish to download and copy the permalink of the video.

Open Acethinker Video Keeper and paste the copied link in the search box and click the search button. 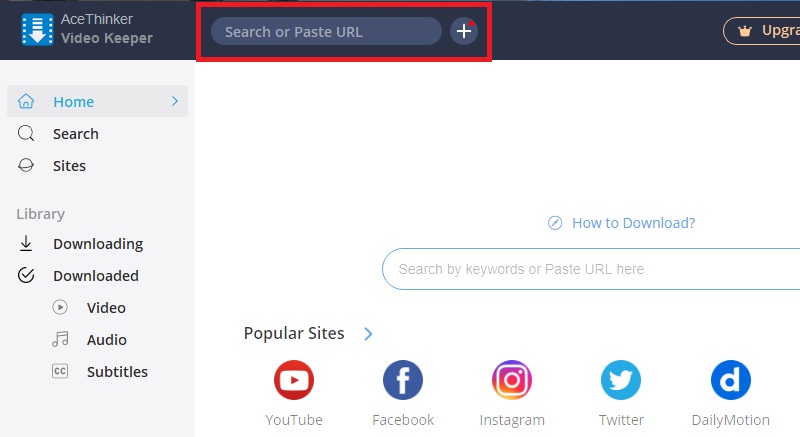 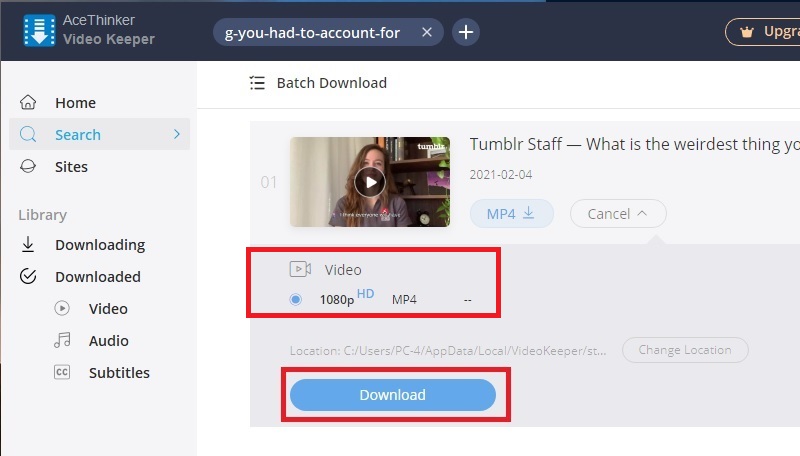 Once the video conversion finish, select the video quality and right-click the download option next to it to start downloading. 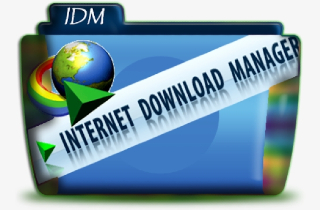 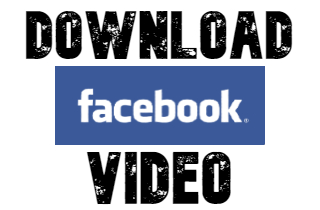