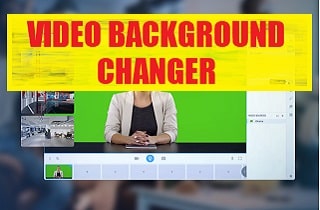 Nowadays, movies and films were created with the help of modern technologies. Either prosthetics or mechanical props, these tools aid directors and post-production staff to enhance and improve the output films.. More often than not, filmmakers use SFX (Special effects) and VFX (Visual effects) to create computer-generated images that can input realistic background scenes for story settings. More than 90 percent of films created in the modern era utilize CGIs to alter and add background to video that they wanted to produce. However, the tools that filmmakers use are sometimes pricey or not available for personal use. Thus this article was created conveniently for you because it gathers around the most well-used and user-friendly video background changer this 2021.

Price: $12 per month.
Operating System: Web browsers such as Chrome, Firefox. It needed an internet connection as well to function.

Veed.io is an understandable and extensive video editor that enables users to utilize its editing functions easily with its comprehensive navigation. It can turn videos, photos, and music combined on a cinematic video output within a few walkthroughs away. This tool is perfect for users that create business promotion videos, how-to tutorials, gameplays content creators, and more. It is equipped with stunning editing features such as trim & cut, split & combine, rotate & crop, adjust brightness, and so much more. Aside from that, its Chroma Key feature enables users to remove video background online automatically and quickly. 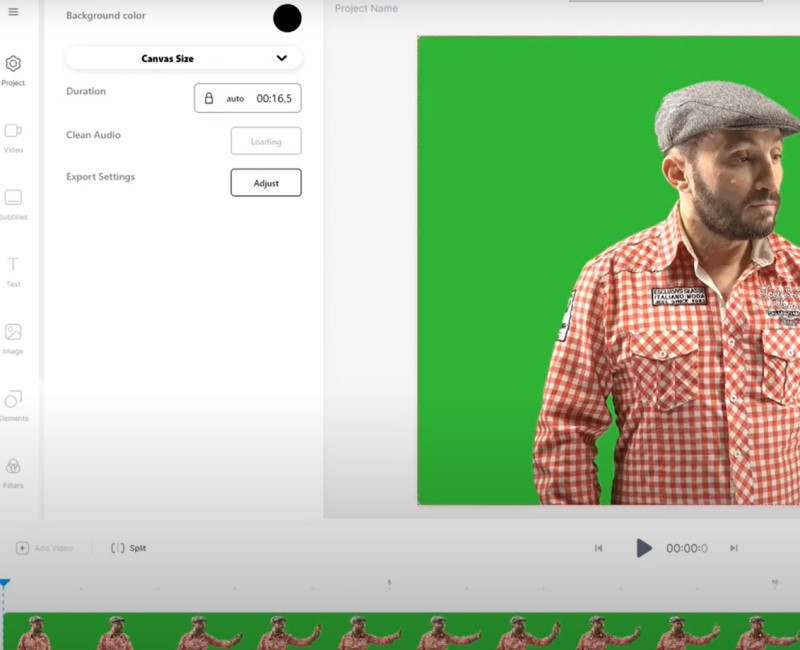 Chromavid is a mobile application that enables users to shoot their project videos and photos then edit them together using its Chroma Key feature. It is an essential application if you are trying to practice more on how to edit video background and input your artistic style to enhance your video. Though this application is not built for extensive video editing functions, this is perfect for creating videos like Instagram stories, vine clips from different social accounts such as Facebook, Instagram, and Vines. Furthermore, it has various chroma colors to choose from, like blue, yellow, and red.

Camtasia is functional computer software that allows users to master how to put a background on a video while editing their project video. If you are trying to make professional-looking online demos, how-to tutorials, and presentation recordings, this tool is suitable for you. It is equipped with extensive video background editing features such as color changer, tolerance, softness, hue, and more. It is simple to add a background image or video on your video; simply drag the selected media file and place it on the trick panel. The background image will automatically change once you drag it. More so, you can utilize different video enhancement features such as adding annotations, transitions, animations, and more. 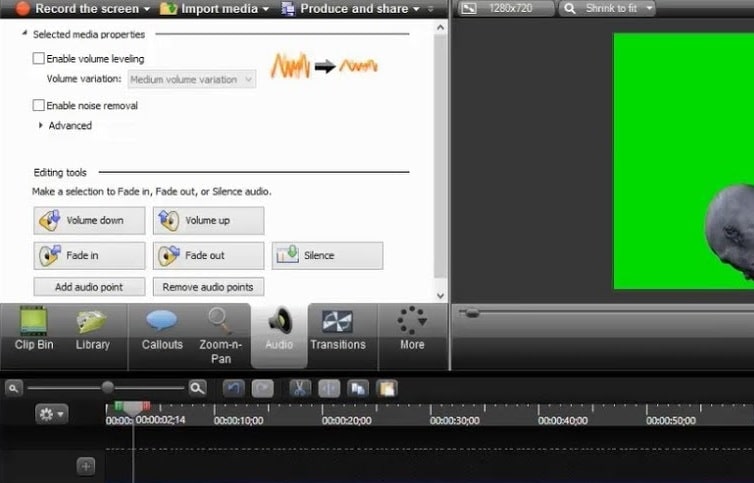 Price: Freemium Service, $8.10 per month for premium access.
Operating System: Web browsers such as Chrome, Firefox. It needed an internet connection as well to function.

Unscreen is an online site that can help users know how to change your background on YouTube, Facebook, and other social video-sharing platforms. It is well-known for its automatic background changing ability, which instantly changes without accessing too many features. This is perfect for new users who are not well-knowledgeable on how to change their background videos. The good feature about this background remover is that it does not use Chroma Keying or Green Screen to edit background videos. 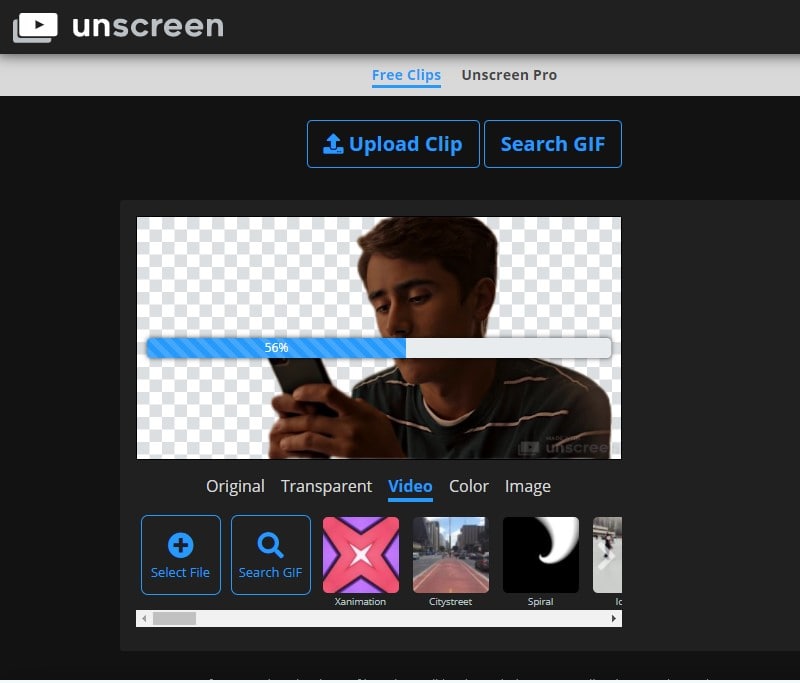 Kinemaster is another video background changer app that most video enthusiasts and editors use to edit their video clips. It is well known due to its feature of Chroma Key, wherein users can record video with a green wall. This feature can also alter and modify the green background into different media backdrops such as images, videos, and more. Furthermore, it is equipped with basic editing features such as transition effects, animation styles, frame-by-frame trimming, audio enhancer, and so much more. Lastly, since it is a mobile video editor, you can access this user-friendly tool to make superb and pro-level videos perfect for Instagram stories, Facebook posts, etc., whenever and wherever you are ready. 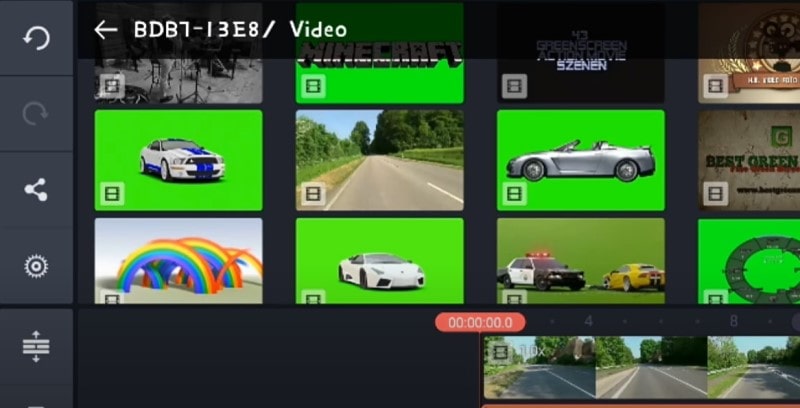 Adobe Premiere Pro is a well-known computer program on how to change background picture on YouTube video, Vimeo video, and other video-sharing sites. It is timeline-based editing software that enables users to access its creative tools without leaving the timeline or the project video. It can edit up to 8K videos without losing the original quality of the video. Thus, this tool is widely utilized by film producers and other post-production companies to produce Hollywood-looking videos. More so, it is designed to have a color correction feature to enhance the project video's hue and color view. Lastly, it is simple to edit the background of the video by utilizing this tool. Simply create a new sequence, drag the background into the sequence, place it below the green screen footage, then use the ultra key effect to suit it better on the video. 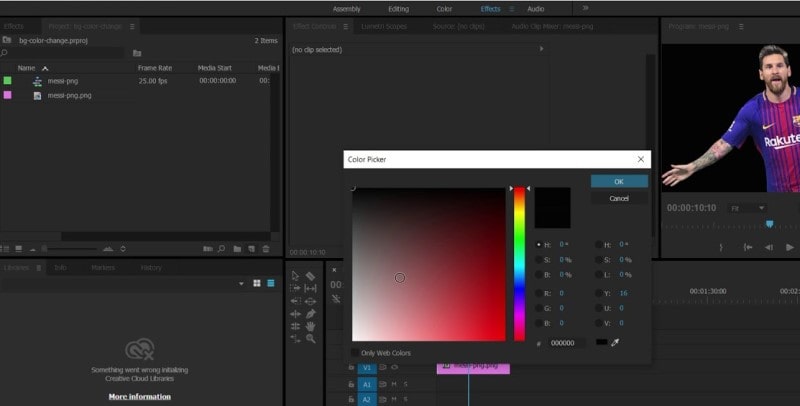 VSDC is an open source editing software well-known for its non-linear editing feature, which enables users to do offline editing of video images and audios. Its basic editing features enable users to manage how to change video background, merge GIFs, trim and split clips, and more. Most importantly, this tool has Chroma features wherein users can input backdrop scenes and images on the project video to enhance or improve its playback outlook. It is simple to do the video background change, access the scene, select the image you want to add as background, then adjust it until it fits on the background of the video.

When talking about creating custom backgrounds on a video, Final Cut Pro can do the job due to its accessible and understandable interface. It is considered one of the training tools on mastering how to remove background from video, input visual effects, add transitions, and even remove backdrop noise. Aside from that, it has advanced editing features that editors can use; some of these are advanced color grading, 360 degrees VR editing, Multicam editing, and so much more. This tool is also compatible with different third-party plug-ins to improve the output appearance of the project video. 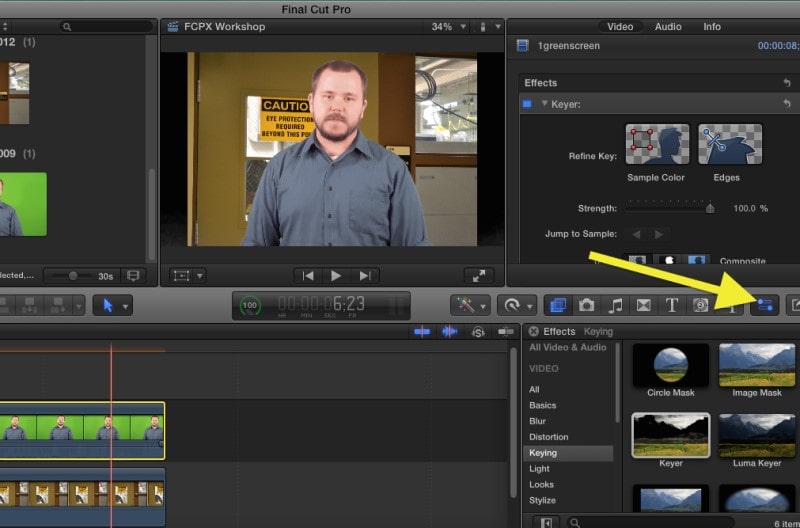 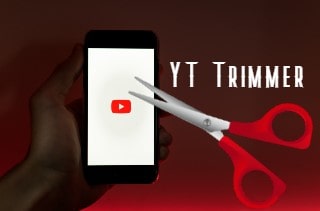 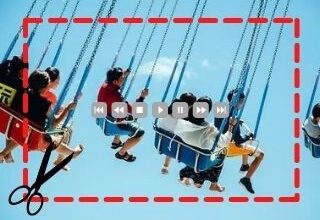 How to Crop Video Online Without Watermark