The Ultimate Difference Between iMovie and Final Cut Pro 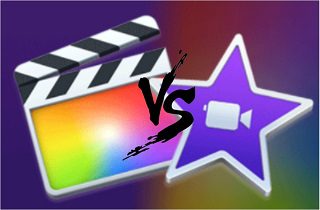 If you are a web content creator, video is one of the mediums you can use to disseminate and spread your influences and ideas to your social media friends. To have more significant followings and supporters, you must be aware that skillfully enhanced videos engage an audience at large. Although there are different video editors that can be useful for you, iMovie and Final Cut Pro are the two special software to use. These two utilities are compatible with Macintosh devices. They both provide essential editing functions such as trimming, cutting, merging, and more. However, keeping these two products as your main video editor is not a quick-witted thing to do. Choosing between these two products depends on several various factors. Therefore, we will scrutinize which is better, iMovie versus Final Cut Pro. See below the battle of these two notable video editing utilities.

The first thing that we need to consider is an essential aspect that you need to compare. When it comes to price, is iMovie better than Final Cut Pro? Well, the verdict is on you. We all know that iMovie is entirely free and an inbuilt video editing software for most iOS devices. Therefore, utilizing this tool is entirely free of charge. On the other hand, Final Cut Pro has pricing plans that have cost ranges up to $300. It is a one-time settlement through the Apple store. Its pricing plans will provide users access to several features and updates. 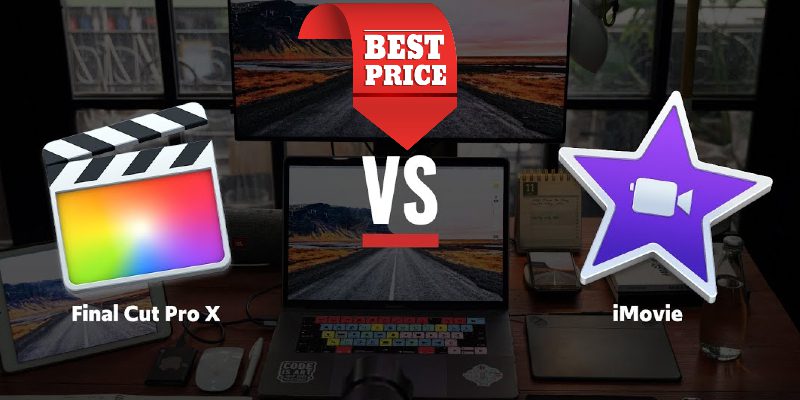 Suppose you are looking for essential editing functions like trimming, cutting, splitting, functionalities. It is recommended to use iMovie for your device. However, if you want to have access to different professional-editing functions like 360-degree video editing, Final Cut Pro is the one you should utilize.

As of now, iMovie is designed with an easy and intuitive interface that is accessible for new users or those new in the field of video editing. It has three panels on its UI. The Source panel holds the clips and footage for the project video, the Timeline panel in which the editing processes happen, and lastly, the Program panel where users can playback the entire video project. 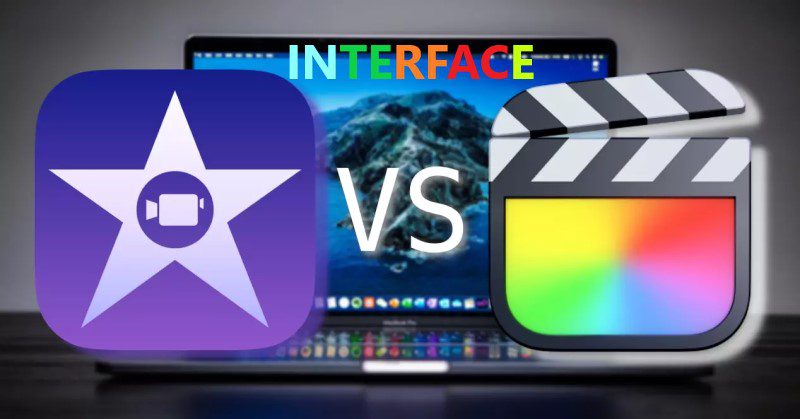 As we know that Final Cut Pro possesses advanced functions and tools, its interface has an additional panel than the iMovie. The supplementary panel it has is the Effects panel. This panel helps professional editors to enhance and manipulate the video clips associated with the project video.

Although iMovie is entirely free-of-charge, this tool shares a considerable number of advanced features that it can offer to its patrons. In iMovie, users can do simple editing, voiceovers, insert images, manipulate sound and speed, use preset text, add background music to iMovie, and export processes. On the other side, the Final Cut Pro consists of many features that you can use. It has a color inspector, Flow Dissolve, advanced compositing to edit graphics, insert animations, key-framing, and more. 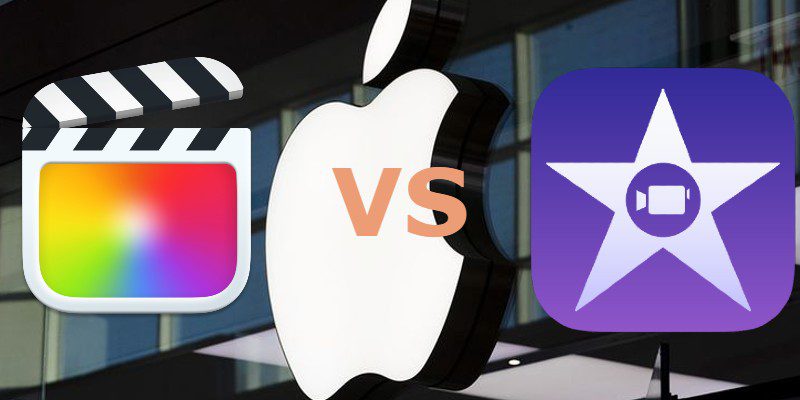 These two have a fair amount of advanced features that users can utilize on their project videos. iMovie is suitable for lightweight editing functions suitable for personal editing videos, video blogs. Thus, making this software a suitable video editor for vlogs. However, Final Cut Pro provides an extensive editing process suitable for furnishing high-quality films, creating animations, and others.

The two editing software are different in their editing workflow. iMovie has a simple integrated walkthrough where users can import their video and place it on the timeline panel. There, they can edit and enhance the video. Lastly, they can export the edited video to store it on their device. Quick and easy as that. 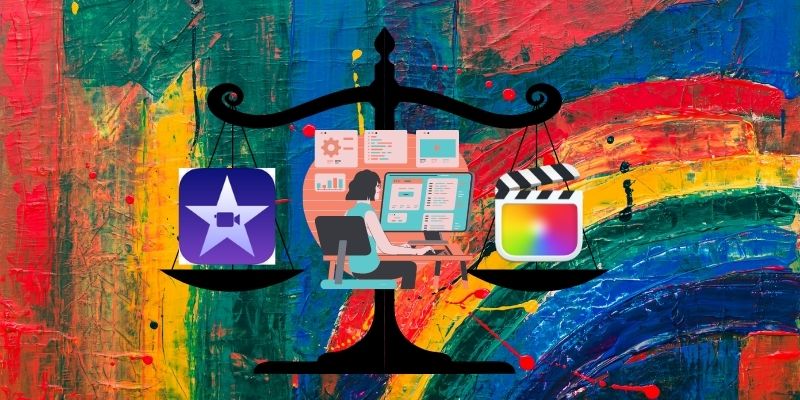 Now, if you take a look at Final Cut Pro, it is designed to enhance and edit large-scale projects. With this software, you need to import the footage you desire to edit. Due to its magnetic timeline, all clips you will add will stick together. Even if you trim and cut the surrounding clips of the project video, this tool will make it a whole. In addition, you will have an extensive range of effects, color correct, and other tools to manipulate and enhance some aspects of the project video. Then you can render and export the edited file to save it on your device.

Both the iMovie and Final Cut Pro are only available for the Mac operating system, which works to their good sake and increases their operating speed. If we compare the two, iMovie is compatible with 4GB ram and Intel® 64 bit processor Mac devices. On the flip side, Final Cut Pro requires at least 8GB RAM and 1GB of VRAM for its 4K and 360-degree editing functions. This means iMovie has a better operating speed if you use a lower version of Mac devices. Due to its simple editing functions, it enables users to edit the project video fastly. Final Cut Pro offers more tools and functions. These features can bog the program down compared to the simpler iMovie.

The last aspect that we can consider is Final Cut Pro better than iMovie in terms of third-party plug-ins. iMovie has access to plug-ins; these usually appear to be low quality and do not improve the output appearance of your project video. iMovie has limited access to different integrations because it is designed for the simple editing of small projects. On the contrary, Final Cut Pro has a vast number of professional integrations needed to create high-quality videos. These Final Cut Pro integrations are offered by Filmora, Motionvfx, Shutterstock, and more.

Although it would be uneven to compare iMovie and Final Cut Pro to each other since they are aimed at different audiences, having a quick overview of their features in a table form may help you consider which tool can satisfy your needs. See the collected features below.

Above are the features you should consider in choosing the better video editing utility on your Mac devices. Although they have differences, these both video editors aim to give their patrons better editing functionalities capable of enhancing their project videos. As we scrutinize their capabilities, iMovie is suitable for video enthusiasts who want to edit personal videos and minor projects. These project videos do not require extensive editing functions to enhance them. Thus, utilizing complex tools like Final Cut Pro is not a convenient thing to do. Additionally, it is also free-of-charge. On the other flip of the coin, Final Cut Pro is for users who intend to create and edit cinematic videos and more excellent quality video files. With its functions like 360-degree editing functions, color grading, key-framing, this tool is well-suited for video prosumers and professional video enthusiasts. There you have it. These are the difference between Final Cut Pro and iMovie. 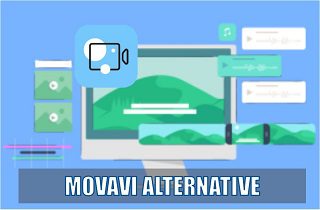 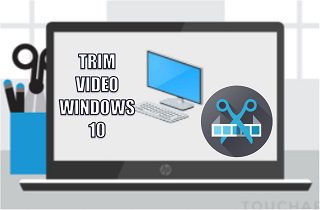