Review of the Best Free MP4 Video Cutter in 2022 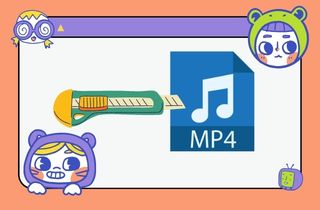 We, humans, have a shorter attention span. A recent study shows that average human attention only spans about eight seconds. And thanks to the great distraction known as the internet, our attention range is getting lower. If you are a content creator, attention span directly impacts your video content and video marketing strategy. Therefore, many video enthusiasts keep creating shorter video output. Although different video editing utilities can be found on the internet, we are still naïve on which tool we should use. So, this article has collected different MP4 video cutter that can trim and reduce the duration of your project video. Read them below, and it is for you to find out which one is suitable for your device.

Distinctive Feature: This tool is equipped with a slider. This feature can precisely locate the exact location of your video's starting point and endpoints that you want to trim or retain.

Have you ever wondered about cutting and saving a trimmed clip from your long MP4 video? AceThinker Free Online Video Trimmer can give you a hand. As its name stated, this online tool can trim video without losing any resolution quality. It comes with a slider and time indicator to extract trimmed videos. Additionally, these functions are its central core to trim and cut any part of your videos. What is more, this tool comes with a flexible and straightforward web page interface. Users can complete a whole trimming task in a few clicks, even without relying on a video demo. Nevertheless, if you are not tech-savvy and need a guide to operate the software, its web page offers a written walkthrough. By reading its walkthrough, you can efficiently perform a trimming task like a pro video enthusiast.

To know more about the trimming process of this MP4 cutter online, read the guidelines below.

The initial step to perform the trimming process is to access AceThinker Free Online Video Trimmer. You can navigate its interface on its web page to get familiarized with the tool. Also, you can read about its functions to know more about its capabilities. 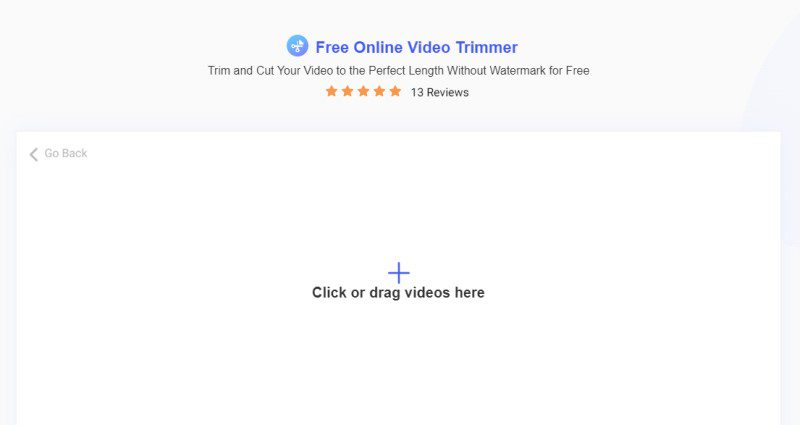 The subsequent step is to add your video file to the tools system. This process is possible by ticking the plus icon on the centermost part of the web page. After that, a media player will appear that provides different functions. The slider, a duration indicator, and other trimming functions are featured on this function. Slide and locate the exact duration to trim your videos. Then, hit the Start Processing button to instigate the process. 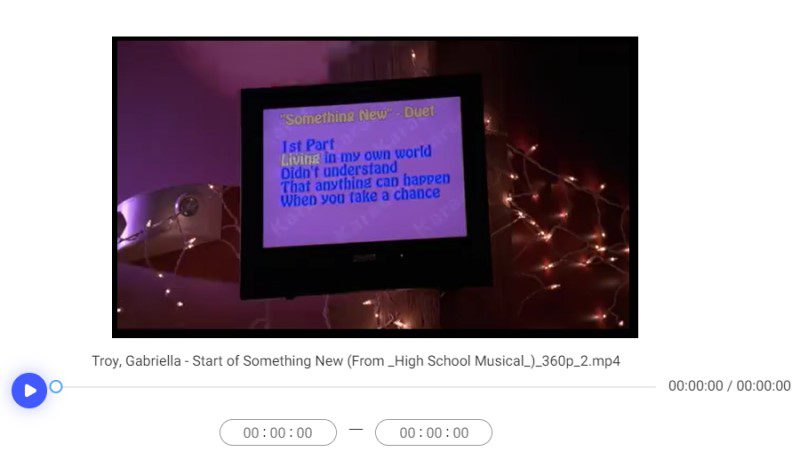 Once the process has been finished, the last thing to do is save the video. You can do this by clicking the download button provided on the web page. Wait until the downloading process has ended. Then, go to your designated output folder and play to preview the video. You can redo the process for another video by following the said walkthroughs above.

You can use the inbuilt media player to preview the trimmed video in real-time. This feature will guide you to know the exact outcome of your trimmed MP4 videos.

Distinctive Feature: It is equipped with video effects for the starting point and endpoint of the trimmed video.

Clideo is another MP4 cutter online that provides lossless quality output. It uses two functions to trim MP4 files. The first one is by extracting the selected or highlighted part. This function enables users to download the trimmed video directly from their output folder. On the opposite flank of the coin, users can choose the delete selected part to remove the unwanted clips you have lighted with Clideo. With its timeline editing panel and slider, this is possible to easily toggle and locate the part you want to cut out. Moreover, clideo comes with an inbuilt media player that provides a preview function for its users. This is one of the ultimata why video enthusiasts have chosen this online tool as one of the influential MP4 trimmers. 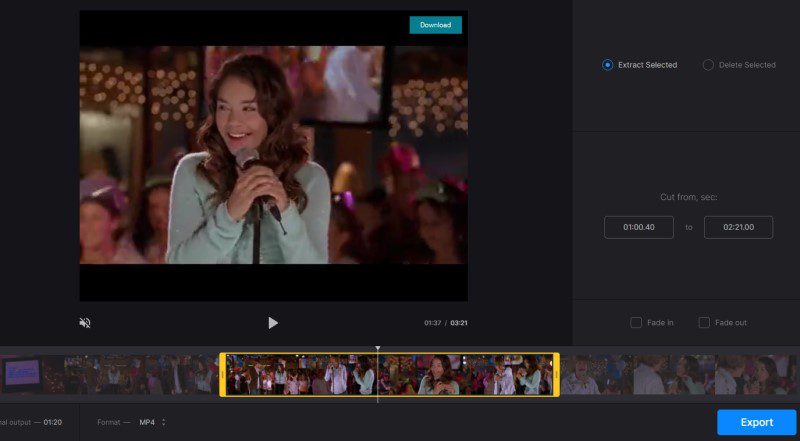 Utilize its time indicator to input the exact starting and endpoint of the video.

Distinctive Feature: Its central core of performing the trimming process is its timeline panel.

Veed.io is an additional free MP4 trimmer that consists of different editing functions. This tool can upload MP4 files from cloud-based storage like Dropbox. With its timeline panel, users can utilize the playhead feature to precisely locate the starting point and endpoint of your video clip. Not only that, but video enthusiasts can also use its built-in media player to scan the entire trimmed MP4 clips. This tool is on this list because of its functionalities that other tools do not have. These functions are detached audio, input annotation, and more. 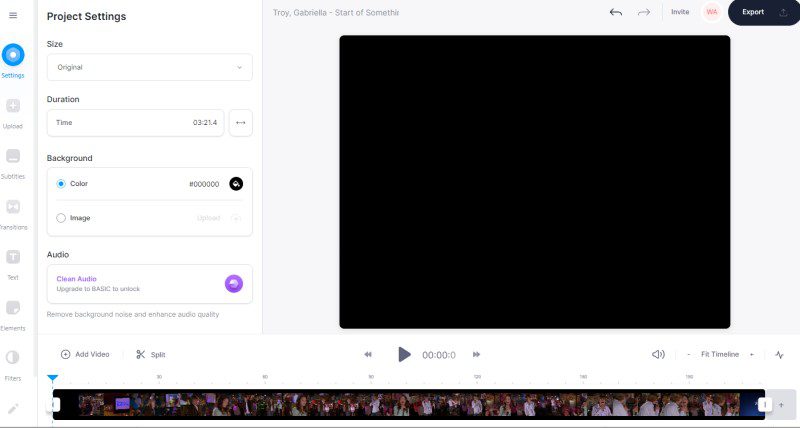 It has video presets for social media platforms like Twitter, Instagram, and more. This presets will give you an idea on how many duration should be allowed on these platforms.

Distinctive Feature: It can trim videos with its time indicator to precisely locate the starting point and endpoint of the clip.

123Apps is an MP4 cutter freeware that is designed to trim videos easily. It is equipped with a slider that can easily toggle to locate an exact frame to trim on the video clips. Plus, you can manually input the precise frame duration from minutes, seconds, up to the millisecond with its time indicator. You can also check the changes you have applied with its inbuilt media player. On exporting the trimmed MP4 clips, you can toggle the no re-encoding function. This option is available for trimming and cutting. When enabled, it will instantly save the trimmed MP4 files on your output folder.

Hit the Reset option if you mistakenly cut out a specific frame you want to save. This button will disregard all changes you have made to the project clips.

Distinctive Feature: It has a feature called “use current position” to locate the precise frame of your starting point and endpoint.

FreeConvert is an online-based free MP4 video cutter that provides an intuitive method to cut MP4 video files. It has a built-in media player for users to play and locate the exact precision of their desired clips. Even though it does not have a playhead option, users can manually input an exact duration on its time indicator. Additionally, the most prominent feature it has is its ability to use the current location of the frame shown on the media player. It can use it to locate the start point and endpoint of your clips. Moreover, it has security protection, the 256 bit SSL system. It also automatically deletes the imported MP4 files after 2 hours.

Distinctive Feature: It can trim video clips from any YouTube video. Just paste the link on its search bar to import it.

Kapwing is a free MP4 cutter that provides a faster way to cut and trim MP4 files. It comes with a timeline editing option that has a slider function. Users can utilize this slider to split the video into the perfect sections they want. This slider can exactly locate your trimmed video's start and end time. In addition, it can acquire and trim videos online with its search bar. Users can get a slice of clips from YouTube, Facebook, Twitter, and others sites. Moreover, its inbuilt media player lets users preview and play the trimmed MP4 files. 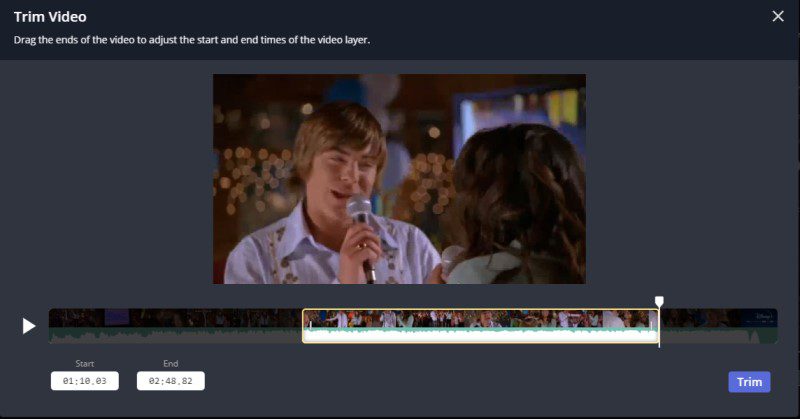 EzGif is a notable MP4 video cutter that easily trims MP4 files into smaller video lengths. It uses a time indicator to locate the exact start and endpoints of the trimmed video clips. This tool also has a built-in media player to preview the imported video. While playing, users can use the current position of the media player to precisely indicate the start and end time of the trimmed MP4. Moreover, the tool keeps the same quality as the trimmed MP4. With this, it is touted as one of the best options as an MP4 trimmer. 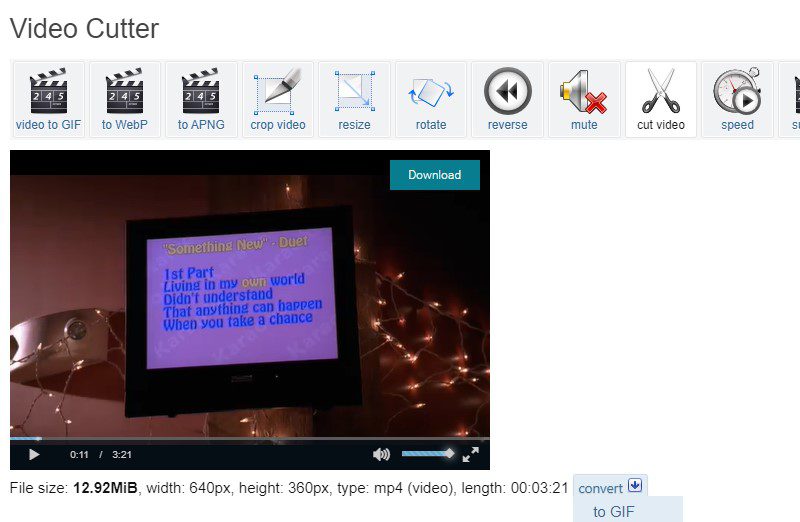 Users can pause the media player to get the exact frame location.

Distinctive Feature: It uses a slider to indicate the exact frame duration to trim MP4 files.

Adobe Creative Cloud Express is an MP4 cutter freeware that works on any web browser. It uses a timeline panel to trim and extract MP4 clips from the original file. It also comes with a slider that can quickly locate the precise duration of the project video. Suppose you do not want to use its slider; you can use its time indicator. Users can manually input an exact time duration for the start and endpoints of your video. Moreover, it comes with a media player to preview the trimmed MP4 clips. 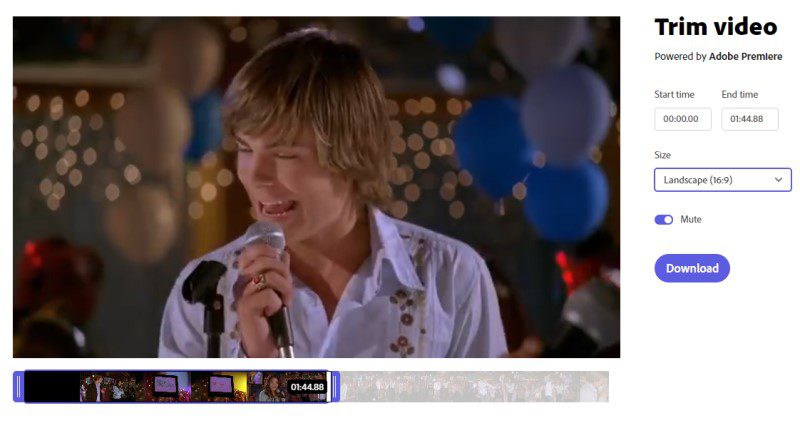 It comes with different aspect ratios, and users can select from the landscape, portrait, and square ratio.

Distinctive Feature: It marks cut points or segment boundaries with its navigation slider.

Avidemux is an open-source MP4 cutter freeware. Its tasks can be automated using job queues, projects, and powerful scripting capabilities. You have to import the MP4 files and mark the segments you want to cut out. This process is possible with its inbuilt media player. Moreover, it can modify some video codecs to have lossless video quality output. It does have different video Muxer to input different video effects on the trimmed video. Lastly, its interface is comprehensive enough, yet it can be overwhelming for new users. You can observed this by looking on its unorganized functions and buttons. 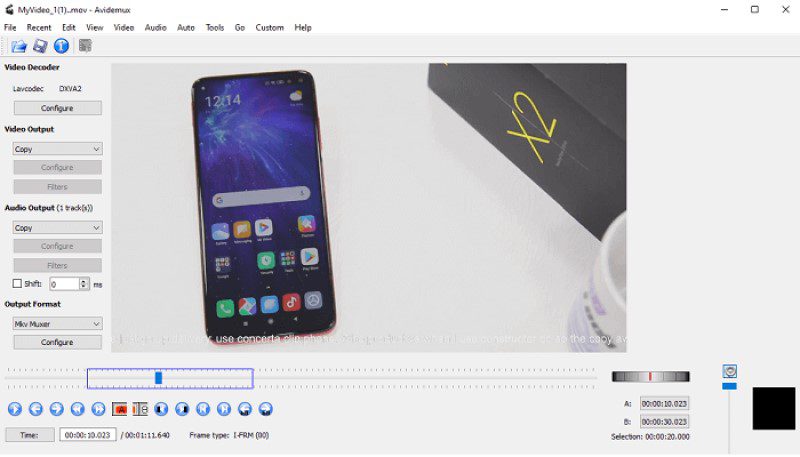 It can detect and warn users when cut points of video streams may result in playback issues.

ShotCut is an open-source video editor that provides good output MP4 videos. This MP4 cutter comes with a timeline panel like other video editing tools. This panel allows users to cut out specific clips from an MP4 file. In addition, users can also delete the remaining clips or export only the extracted ones. It is also designed with different video editing functions like filtering to enhance the project video. What is more, this tool can cut and trim high-quality videos without losing any quality resolution. This process is possible with its multi-core processing function. 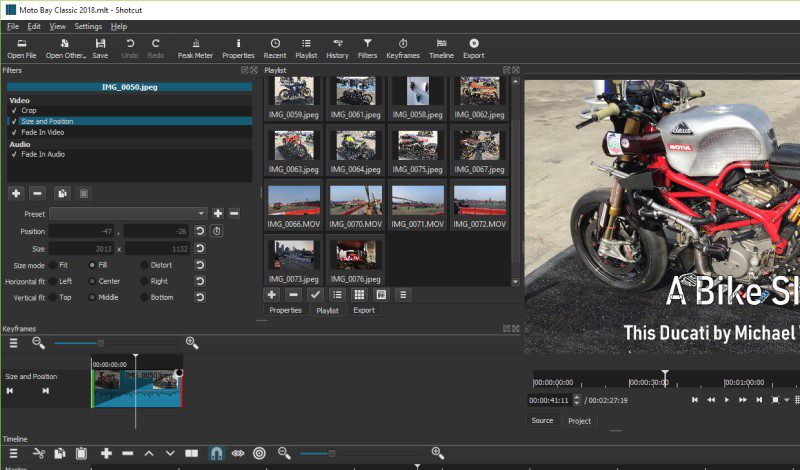 Now we are done discussing different video trimming utilities, let's proceed with extra tips you can learn in this article. Video has been developed through the demands of different websites like YouTube and others. Many researchers found the average and recommended duration on how a single audience finishes a content video. Below is the curated chart with the ideal video length for every video-streaming platform. 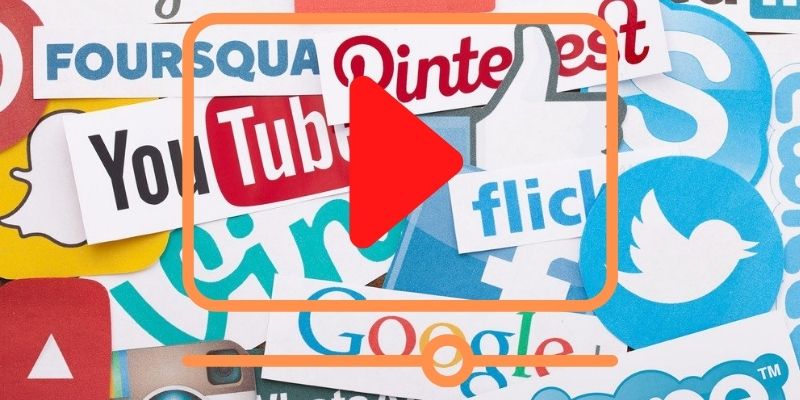 Review of the Most Notable and Reliable MP4 Video Joiner 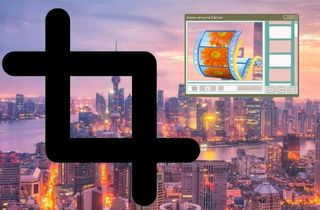 How to Crop Video in Windows Movie Maker [Updated 2022]