3D provides you with a width, depth (length), and height view. It is quite different from 2D (having only height and width).

3D movies have to do with motion pictures that have stereoscopic vision effect. 3D Blu-ray Movies are 1080p/24 encoded and ensures complete HD 1080p resolutions to every eye.

All 3D movies do leverage visual angular difference as well as the convergence of the human eyes to produce a stereoscopic effect.

The human eyes can easily tell if something is close or far due to how far apart both eyes are. The distance separating both eyes is about 5cm, while both eyes have a difference in their visual angle whenever they are starring at something, except for things in front of them. While the difference isn’t huge, after the retina transfers the signal to the brain, it can then be processed as near or far depths, thereby producing the needed stereoscopic effect. This is known as the principal’s "Polarizing Theory".

Talking about the principal, if we’re to make 2 different images of one picture from 2 eyes’ visual angle difference; show the different images at once – one to one eye, the image’s stereoscopic effect can be felt with unique projection hardware or eyewear such as 3d glasses.

This 3D tech represented the first means of getting a theatrical 3D presentation done and it doesn’t require any special hardware. Anaglyph is all about 3D pictures that are color filtered which includes blue/amber, red/green, blue/red, and cyan/red. Among all these 3D picture formats, red/cyan happens to be most common. Based on Wikipedia, in anaglyph, both images get superimposed due to additive light settings via 2 filters, one cyan and one red. With subtractive light settings, both images will be printed in white paper complementary colors. Glasses having colored filtered on individual eyes separate the correct images by getting rid of the filter colors and showing the complementary colors like black.

To view Anaglyph 3D videos, one pair of 3D archetypical glasses is all you need. Plus, you can equally use common TV, popular portable devices, and computer monitors for playing 3D videos.

This can be separated into Top & Bottom 3D and Side by Side 3D.

The moment a 3D TV gets a 3D Side by Side signal, it will split individual frames to get each eye’s frame, and rescale the separate frames to one complete HD resolution with upscaling algorithm. It will now show the frames that have been upscaled separately in a manner that is frame-sequential.

Assuming you select Side by Side, the resulting video frame due for the right/left eye would be a resolution of 640 by 720, and the output’ video would become 1280 by 720.

If you select Side by Side, the resulting video frame due for the right/left eye will be a resolution of 1280 by 720, meaning the output video resolution will become 2560 by 720. Therefore, before choosing Side by Side as your preferred outputted 3D mode, it is expedient that you confirm if the device is compatible with the resolution of the outputted video.

Top & Bottom 3D - For this format, a video frame will be split into 2 smaller-frames, the one on top comprising the frame that is set for the left eye, while the lower frame is reserved for your right eye.

A 3D TV simply enriches the viewer with the perception of depth. 3D glasses are used to classify stereoscopic viewers.

This one employs 3D glasses that have passive color filtering abilities. This technique seems to be the oldest, thanks to its straightforward 3D imaging technique. It doesn’t cost much – 3D glasses only cost some dollars. But it has a poor 3D effect, which is why many people do not use it.

This one makes use of 3D glasses that are rechargeable. The lenses comprise 2 LCD screens. Current helps to control two lenses that are for transmitting light in an alternative manner while its 3D TV twinkles to keep up with the lenses. That way, both eyes see different images while 3D images will be reproduced in the brain.

This one employs 3D glasses that have liquid crystal membranes such as sunglasses. The screen of the TV comes with an external membrane that is 3D glass matched, and as you screen 3D videos on your TV or YouTube, the membrane outside produces different images that are filtered through the right and left lenses, giving rise to a 3D effect in the brain.

As we view No-glasses 3D, there is need to maintain a safe distance with our display device (viewing angles have a relationship with 3D effect). It has a worse 3D effect than polarization 3D and active shutter 3Ds.

Posted by JoKelly to Video Converter 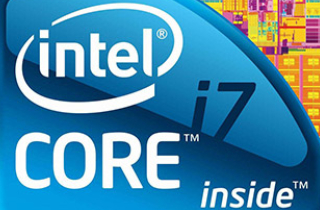