The Ultimate List of Apple TV Converter for Win/Mac 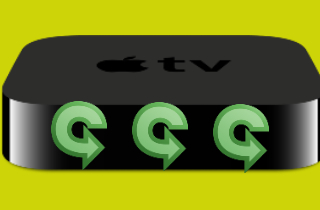 Apple TV is one of the latest innovations of the big technology company Apple which is also the maker of iPhone, Mac, and iPad devices. Apple already releases its 5th generation that can stream 4K videos clearly. Additionally, it produces and streams original TV series called Apple Originals, and most of them are exclusive only for Apple TV. However, not all video formats are available on Apple TV, as we all know that iOS products prefer the MOV file. But you don't have to pout, as we have found and tested the best Apple TV converter. Continue reading the post below to also learn more about Apple TV.

What is Apple TV?

Before we talk about the importance of converting videos into Apple TV supported format, let us discover first what is Apple TV itself. First, you don't want to be fooled by its name, since it is not literally a "TV." Apple TV is a dongle that you need to connect on a Smart TV. With this, you can watch countless exclusive TV shows and series produced by Apple itself. It works like a cable that collects different TV networks and channels like CBS, HBO, and the likes. Despite that, all of its amazing features come with a $5.00 monthly subscription. 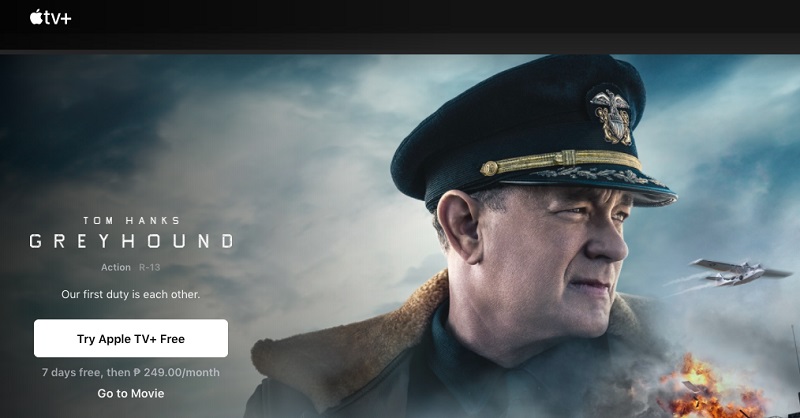 Price: $29.95/year
Distinctive Feature: The software can improve and enhance the video quality by optimizing its brightness, minimizing video noise, and others.
Output Format: MP4, MOV, MKV, and more

The main reason AceThinker Video Master claims it is the best Apple TV converter is because it is one of the fastest to do. You only need to upload a video, and the software already has a preset output format perfect for Apple TV. Moreover, it can convert the video without losing any quality. Meaning, you can retain and watch the video even on the Apple TV 4K settings. Aside from that, you can edit the video first before converting it. With its editing function, you can trim, add a filter, and apply effects to the video. Another good thing about it is you can convert as many videos as you want even you're only using its trial version.

Access the "Download" button provided above according to the operating system of your computer. Open the downloaded installer to proceed on the set-up wizard to save it on your Windows or Mac computer. After that, open it to access the interface of Video Master. 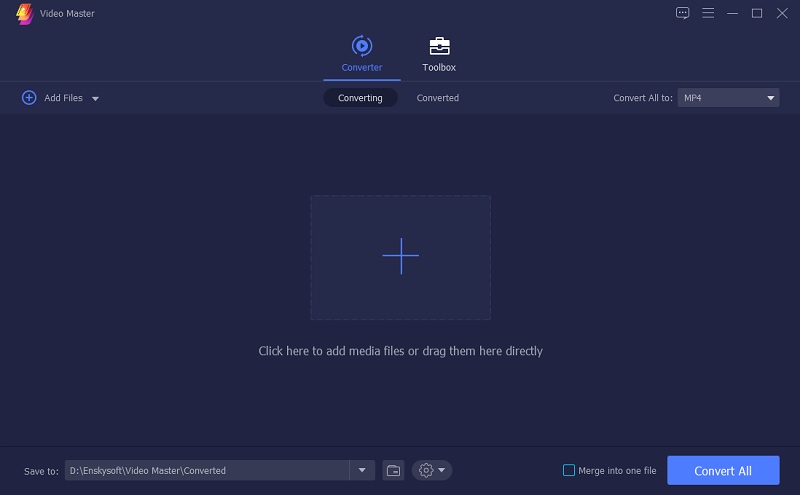 To start, hit "Add Files" or the "Plus" icon to open the file explorer. From here, locate the video that you want to convert and play on Apple TV. Luckily, you can select multiple files and convert them at the same time. 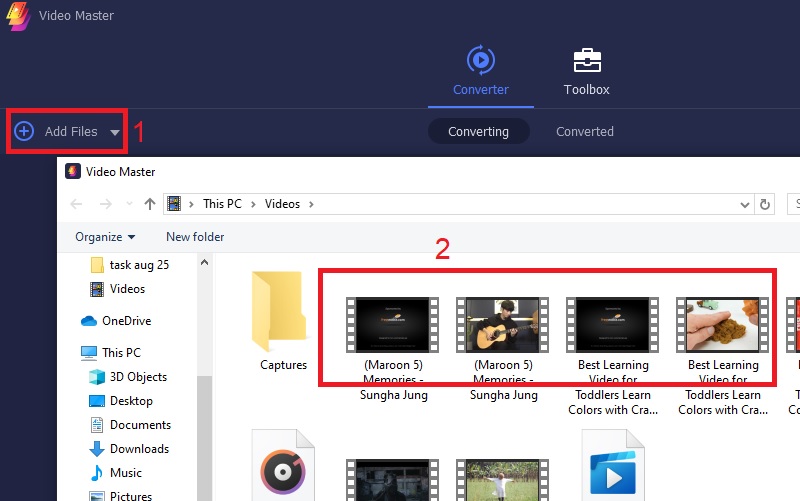 Once the file is uploaded, click the "Dropdown" menu beside the format icon to expand the list. Select "Device" from the tab shown and choose "Apple." Next, you can either click "Apple TV 4K" or "Apple TV" for the target format. Finally, click the "Convert" button to start the process. Once done, the output folder will appear automatically so you can access the converted Apple TV video. 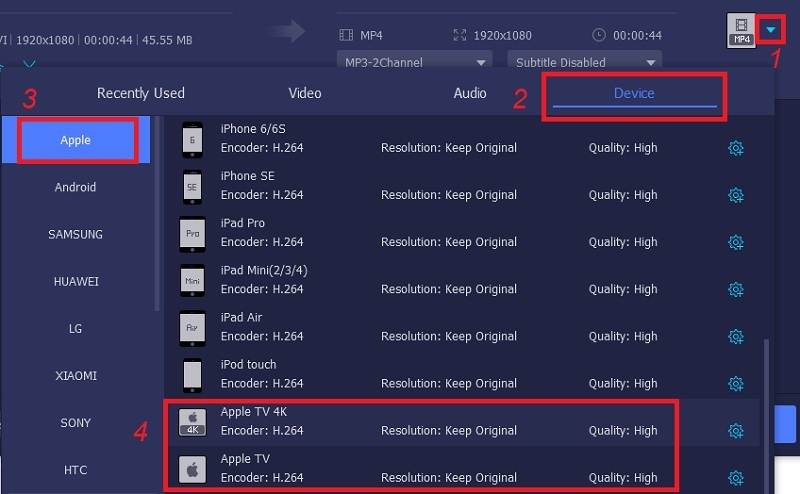 Price: $30.99/year
Distinctive Feature: Movavi Video Converter even lets you turn your video into an image file, which is great for creating thumbnails.
Output Format: MP3, WMV, DVD, and more

In case your Apple TV converter is not working, you may try Movavi Video Converter. This software allows you to export movies directly to Apple TV via iTunes. Aside from videos saved in your device locally, Movavi Video Converter can also access DVD files and save them into Apple TV supported format. Additionally, it boasts a "SuperSpeed" conversion technology that lets you finish the process faster, without compromising the video quality. In using this, you only have to upload the video, set the format into Apple TV, and convert it. Lastly, transfer the converted video by connecting your Apple TV to your computer and use iTunes to complete the process.

Another Option to Convert Video for Apple TV

An alternative Apple TV audio converter is Any Video Converter. Aside from Apple TV-friendly format, this software also supports 160+ other outputs. Plus, Any Video Converter lets you turn specific formats such as AVI, MPEG, WMV, VOB, MPG, and ASF. Also, it can convert the mentioned files into Apple TV supported audio files, including MP3 and M4A. Like the other tools mentioned above, you only need to upload the video file, select Apple TV as the preferred output format, and convert it immediately. 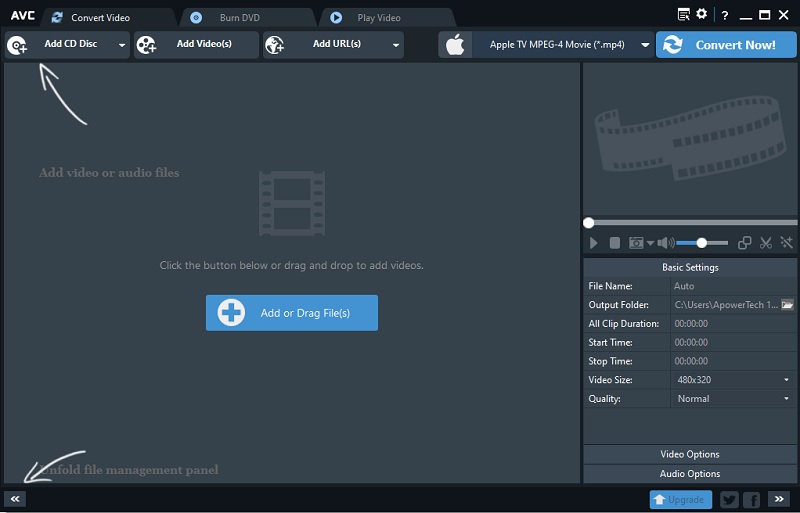 Tip: Can we Access Apple TV Using an Old TV?

It is a fact that owning a Smart TV is great since it acts as your go-to device to watch countless videos all over the internet. But in case you don't have one and you own an older TV, we got your back. We searched and found out that old TVs can also access Apple TV. First, make sure your TV has the Red, White, and Yellow jack slots, which is usually found at its back. Then, using an HDMI Adapter, connect the Apple TV and an HDMI Cable. After that, connect the HDMI Adapter to the colored jack slots on your TV. Finally, you can turn it on and enjoy watching Apple TV shows using your older TV. 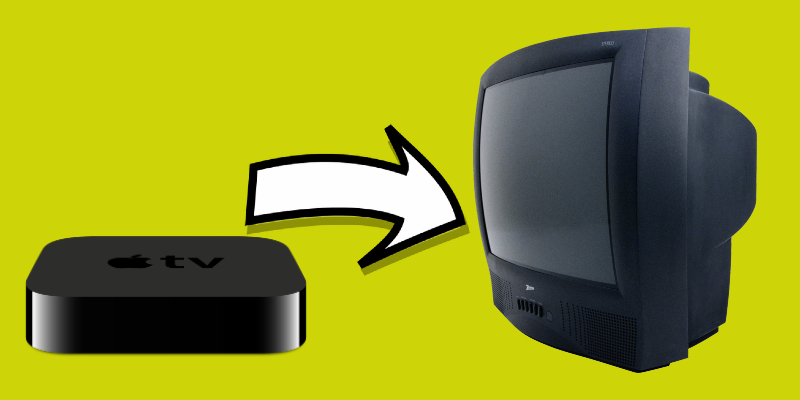 Thanks to all the tools mentioned, it has never been easy to convert video files to Apple TV formats. Here, we also present a chart to distinguish some of the essential features like bulk conversion, editing function, and more. With this, it is also safe to say that AceThinker Video Master is the best Apple TV 4K converter. This software is equipped with the most essential features to achieve the feat.

The Ultimate Solutions to Play VOB Files in Windows 10 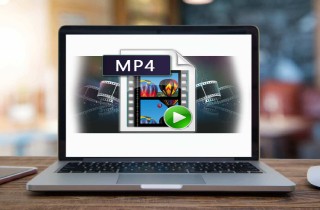