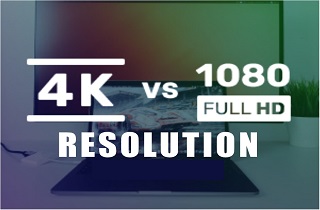 In the early years of the new era, many industries boomed as new technologies were being developed and enhanced. One of these technologies is Television. TV becomes a relevant part of our lives since it provides helpful knowledge, a good way of disseminating information and pacifying our entertainment cravings. Nowadays, when buying a television, one of the first things you will notice is the resolution. The resolution is sometimes slapped directly on the packaging or even in the product name. 4K TVs began to take over the TV industry, quickly displacing 1080p as the most prevalent resolution. However, have you ever wonder what the difference between 4K video vs 1080p resolution? If not, you are on the right track since this article curated the difference between 4K and 1080p resolution.

The amount of pixels in each frame determines the video resolution. The higher the quality, the more detail you will see in your video and the more realistic it will appear. It is an ambiguous phrase since the displayed resolution is regulated by multiple parameters in cathode ray tube (CRT) displays, flat-panel displays, and projection displays employing fixed picture-element (pixel) arrays.

In the most basic sense, 1080p refers to a display resolution of 1,080 vertical pixels. It also features 1,920 horizontal pixels, bringing the total to roughly two million pixels. The “p” in 1080p does not stand for pixels; rather, it denotes progressive scanning. That is, the complete image is delivered at once rather than in a series of interlaced scans. Typically, progressive scanning implies that a 1080p TV gives a lot smoother image since there is no flickering effect. (Learn how to download YouTube 1080p video) 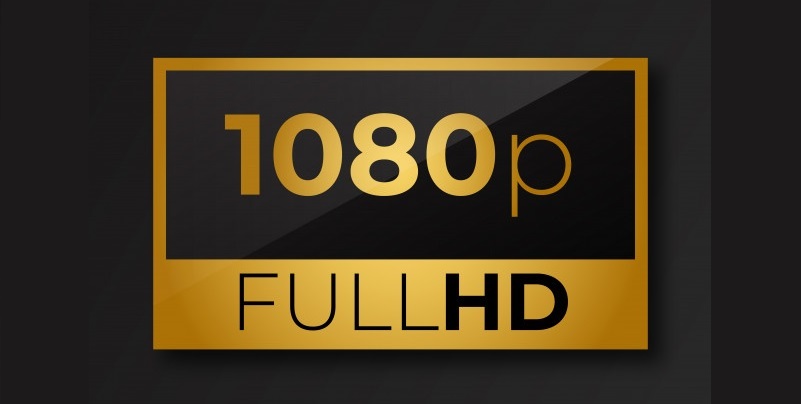 If you think that two million pixels were a lot, a 4K TV has 3,840 horizontal pixels and 2,160 vertical pixels, which is more than twice as much as a 2K TV. On a 4K panel, the total number of pixels is around eight million. The "K" in 4K refers to thousands rather than a technological connotation like the p in 1080p. It concerns the (almost) 4,000 horizontal pixels in particular. Typically, the resolution has been labeled in terms of vertical pixels, and in the instance of 1080P, that high definition resolution is made up of 1080 vertical lines. In comparison, 4K has 2160 pixels vertically, which is a significant gain. Check the best 4K screen recorder if you need to record 4K videos.

There are several reasons why 4K has outperformed 1080P regarding image quality. These factors include the ability to determine extra fine detail, the ability to see this detail when seated closer to the screen than ever before, and, from a production standpoint, the ability to reduce the recording to regular HD and other formats while maintaining the high contrast, highly detailed quality of the original.

We need to assess the difference between 4K resolution vs 1080p. On a 4K TV, you will notice much sharper details thanks to roughly four times the number of pixels compared to 1080P. Ultra-High Definition televisions employing 4K technology can display the most delicate features in a substantially better contrast manner. This is thought to be the most significant benefit of the 4K video standard. Naturally, you will need a big enough TV to observe the difference in seating distance. The 4K TV offers a significant advantage over the 1080p TV in terms of resolution. 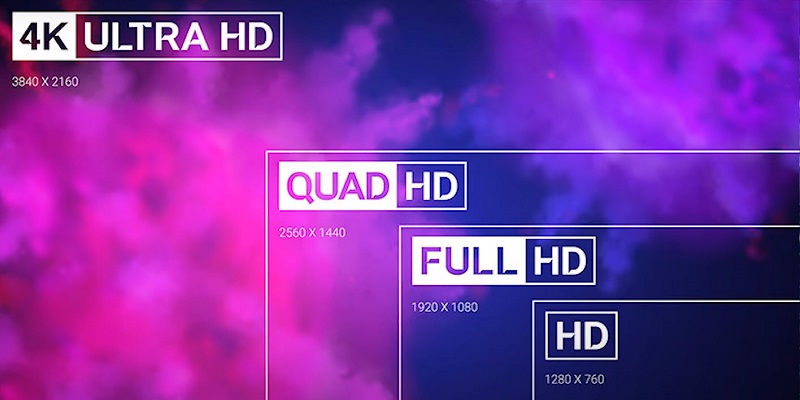 The significant increase in resolution that 4K has compared to 1080p enables the viewers to be positioned much closer to a widescreen while enjoying a clearer picture. As a matter of fact, the optimal recommended viewing distance for 4K television can be twice as close as a regular TV. For a reason, 4K is experienced at its best when sitting closer; sitting much further will not make justice to the maximum benefit of 4K. In a nutshell, it lets you sit twice as close to a 4k video vs 1080p without being able to view the pixelation that transpires with the lower definition variety. 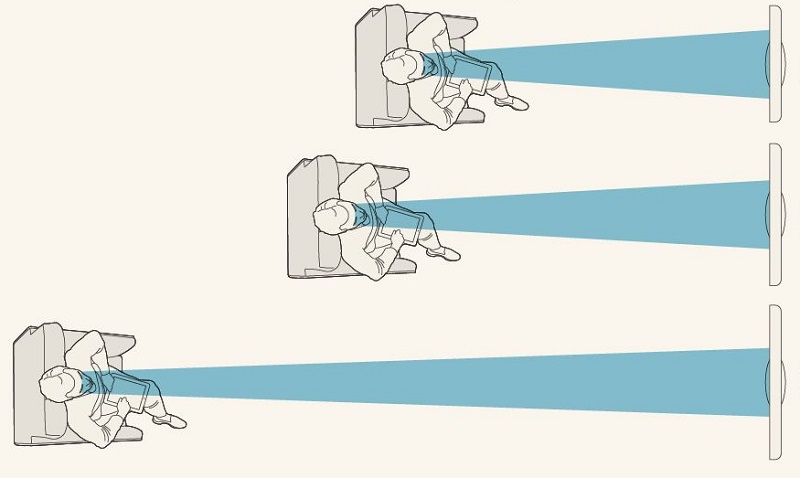 4K resolution, usually known as 4K, has become one of the most popular buzzwords in recent years. It is a new Ultra HD resolution standard that promises the best visual experience. A recording will frequently need to be scaled down to a lower resolution. When working with 4K, it is possible to downscale to a 2K high-definition output. When comparing the final video quality of a 4K video downscaled to 2K, tests have revealed that the picture is substantially more detailed than could have been achieved by recording in 2K. 4K covers all the bases for those who want and demand the most satisfactory possible quality motion picture experience. This extremely high-resolution technology will transform the way we watch videos from both a production and a viewing standpoint. 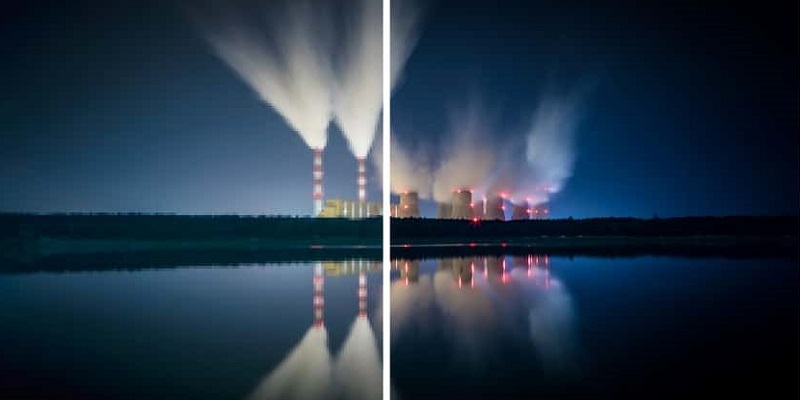 A video file's DNA consists of bit rate, encoder, and resolution. Video quality is determined by the interplay of all of these elements. By optimizing the DNA of the 1080p video, we can convert it to 4K. We can make things simple with this 4k video to 1080p converter, which is specialized in HD video solutions and can be used as the finest video conversion tool. It grants users to convert video and audio to almost any format you can think of. As a result, you may watch the movie on any device, play it on any media player, post it on any online video website, and share it with others. The conversions are now faster than ever before because of enhanced hardware acceleration and a multicore processor. Furthermore, AceThinker Video Master has an integrated video editor that can practically handle all your basic video editing requirements.

Price: $ 49.95
Compatibility: Windows and Mac
Distinctive Feature: Apart from conversion and editor this tool allows its user to improve the video quality in several ways such as optimize brightness, remove video noise and reduce video shaking. 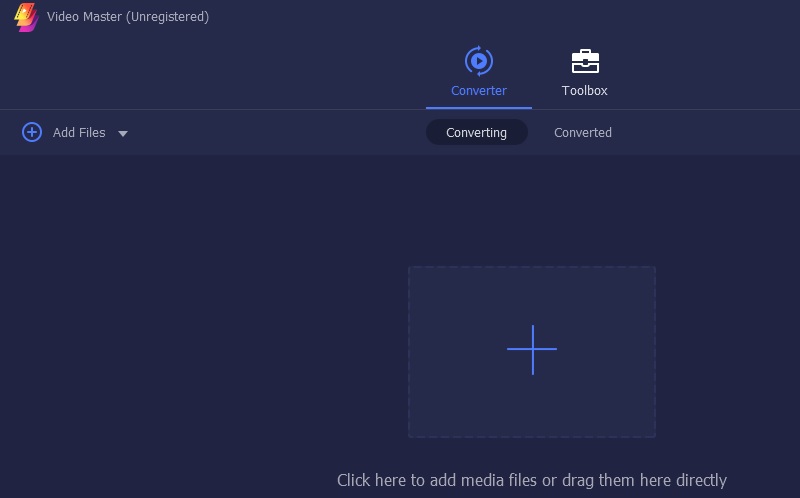 Leave your comment and join our discussion
Home > Article Center > Video Convert Master > 4k Resolution vs 1080P - Which is Better? 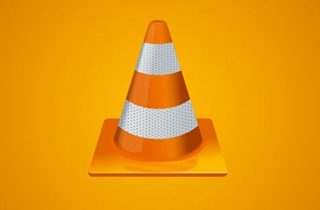 How to Fix VLC Playback or Convert Error 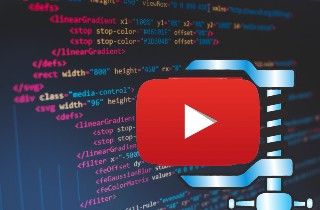