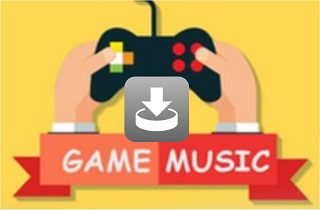 Video games' soundtracks are incredibly iconic. For older games, it is nostalgic for childhood and a simpler time. The latest games often have world-famous musicians and artists collaborating to create catchy soundtracks for video games. With stars like Paul McCartney, Florence Welch, Imagine Dragons, and more powerful lead songs are slowly becoming essential to a game. Furthermore, there is a whole lot of content in-between that attracts both casual fans and hardcore gamers. This results in downloading their favorite video game soundtracks to listen to them even if they are not playing the game. However, where can you get your hands on video games music? Check them out below and discover what is best for you! If you want to download video game music without the stress and time of playing the game, utilize the top sites we introduce in this post.

OverClocked ReMix or OC ReMix is a non-commercial organization dedicated to paying tribute and preserving video game music by re-interpreting and arranging the songs. The site comes with an extensive library of video game soundtracks for a number of various platforms and consoles like Game Boy, Xbox, Dreamcast, Wii, and many more. You can download your favorite video games music in MP3 format and save them to 320kbps. Moreover, each track is accompanied with important information you would expect for a song, such as a length, composer, artist, and other bios. Also, you can browse hundreds of background music for gaming videos in different categories like original soundtracks, independent and community arrangements albums, competitions albums, and many more. 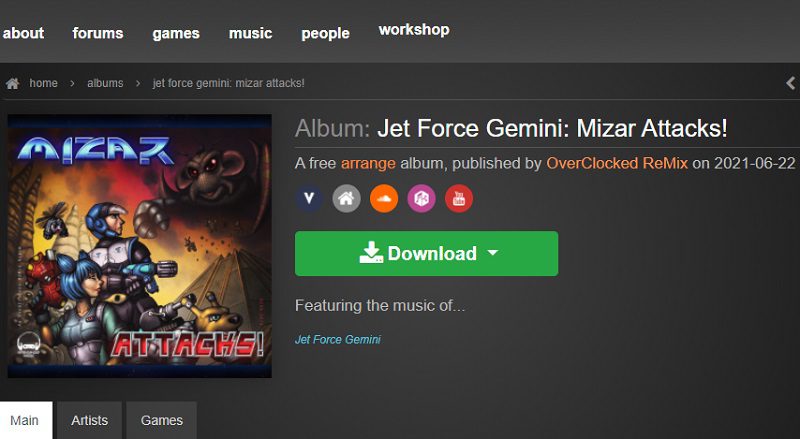 Another site for game song download is SNEmusic. As the name suggests, SNESmusic only provides music from the famous Super Nintendo Entertainment System (SNES) or the iconic game console developed by Nintendo in 1990. Although the narrow focus will not suit people searching for diversity, it does mean that SNEmusic has built up the complete library of SNES soundtracks. As of the moment, there are over 2630 video game soundtrack covers that you can download in MP3 and AAC format. It is considering that SNES only has 3217 known games ever released in the market. Each soundtrack comes with details like the composer, developer, publisher, and even its release date.

A Game Music Index offers classic soundtrack titles on the site. That includes The Legend of Zelda 3, Donkey Kong Country, Final Fantasy, Kirby'sKirby's Adventure, and other famous video game music. Besides that, the music is categorized into comics, humor, video games to easily access your preferred and best background music for gaming videos. Additionally, the composer and arranger of each video game's soundtracks are available when browsing the site. Nevertheless, before downloading, you need to ensure that you have the right plugins and players on your computer. The specific plugins depend on whether you download NES, C64, or SNES soundtracks. 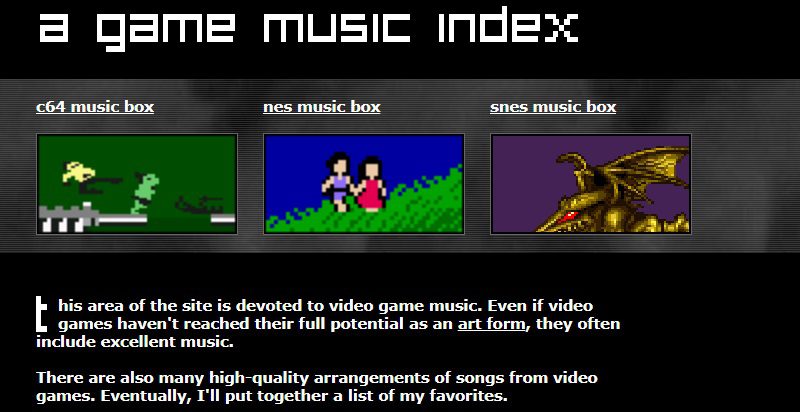 The Khinsider site is focused on official background music for PC games. Unlike various sites on the internet that allow video game soundtracks download, all the files on Khinsider are available in MP3 format. With that, there is no need to mess around with plugins and players. You can add the soundtracks to your usual MP3 player or app of your choice, and you will be listening in seconds. Although PC games are the main focus of Khinsider, it still offers plenty of official soundtracks from other platforms and consoles. Khinsider includes PlayStation, SNES, Game Boy Advance, NES, and many more. 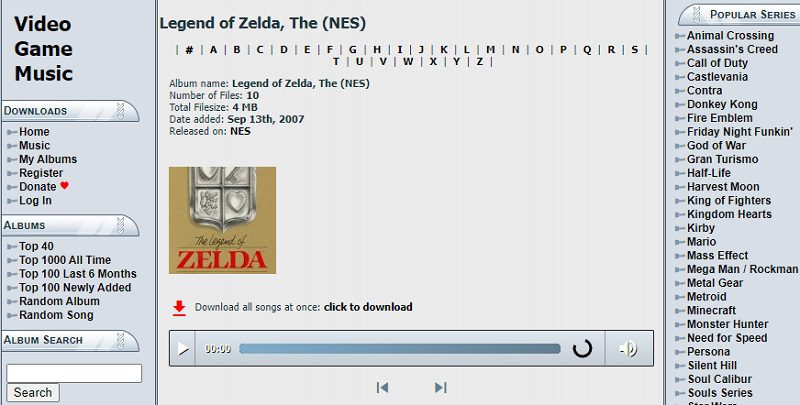 Zophar’s Domain is the perfect gaming background music no copyright download site for retro gaming systems. Some of the site’s supported consoles are Nintendo, PSP, SNES, Game Boy, and the newest console on the list is the Xbox 360. In addition, the site has one of the most impressive collections of video game soundtracks from old computers, including the Amiga, Sharp X1, MS-DOS, and other early computers. Then, you can download the soundtracks in MP3 format that you can play on different media players and devices like desktops, laptops, or smartphones. Also, the soundtrack is neatly organized alphabetically for quick access to the soundtrack. 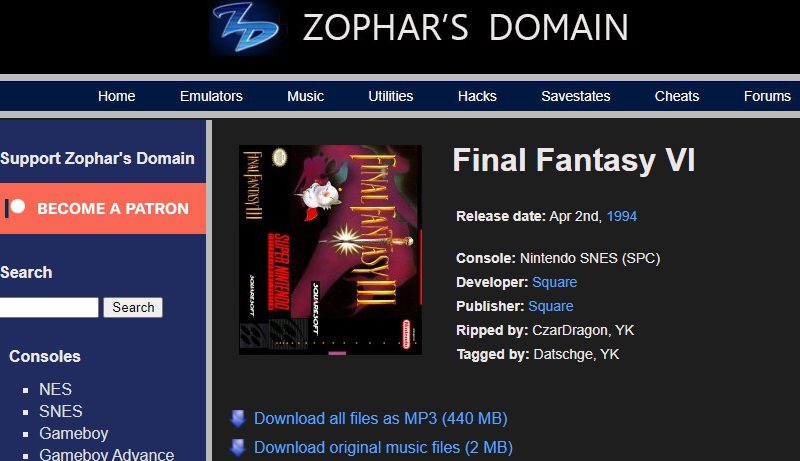 Supported Language: English and Japanese
Supported Sites for Sharing: Facebook and YouTube
Distinctive Feature: It has updated statistics that users can rely on to know the newly added soundtrack and website update.

The final site for game background music free download is Project2612. It allows you to download music for iconic titles like Sonic, Joe Montana II, Street Fighter, and a lot more. The good thing about Project2612 is that it enables downloading the whole playlist in a single click. That would lessen your time instead of downloading the track one at a time. Additionally, the site has a few less-known video game soundtracks that you might struggle to find from other sites like Bible Adventure. Besides, you can log in and join the forum to meet other video game lovers or to request a soundtrack to be added to the list. 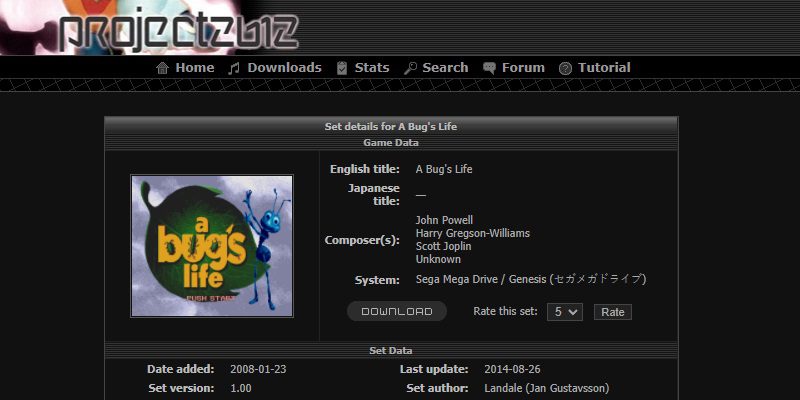 Check out this article if you need game streaming sites that you can use to find video games with background music to download.

Extra Tip: Popular Musicians That Made Songs for Video Games

Florence and The Machine's music collaboration ideally suited the Final Fantasy XV game and was done in a way that was not too forced but felt right and natural. Furthermore, Florence Welch did not pretend to know much of the game but how the track fits within the world of Final Fantasy XV. The episode, titled songs from Final Fantasy XV, consists of Florence's three soundtracks with a full orchestra. The main soundtrack, used as the theme in both the worldwide and Japanese release of the game, was a cover of "Stand By Me," originally sung by the famous American singer Ben E. King.

In celebration of the 2014 Season World Championship of League of Legends, popular American pop-rock band Imagine Dragons created the soundtrack "Warriors." The game soundtrack was performed live in South Korea on the Grand Final stage of the 2014 Worlds Championship Tournament. Riot, the developer of LoL, made the song's official music video, which was an ode to the avid fans and players of the game. Furthermore, you can use various game background music free download sites to save the soundtrack or record LoL gameplay to save the entire gameplay. 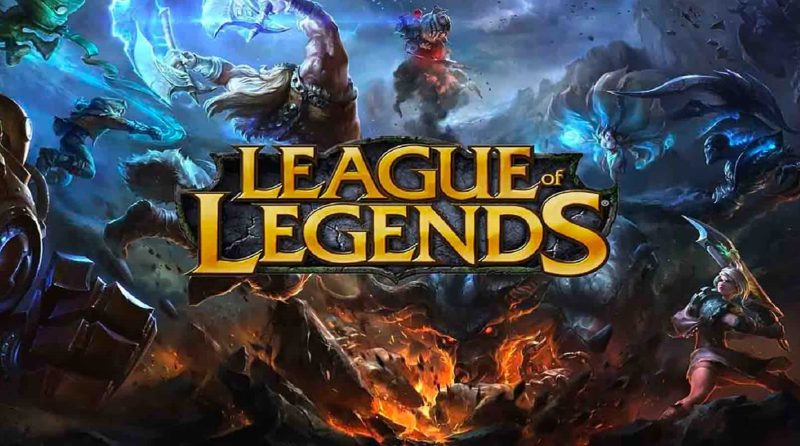 Paul McCartney created an original track, "Hope for the Future," for the game's ending credits, and a music video was made that featured in-game footage of Destiny. The official music video comes with a ghost projecting an image of McCartney working it on camera. Also, the soundtrack was recorded together with an orchestra at Abbey Road Studios. The song is an epic and spacey-sounding belter that was released with remixes. Moreover, other legendary artists like Michael Salvatori and Martin O'Donnell work for the video game's soundtrack.

Posted by Mary to Music Downloader 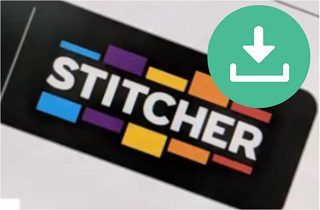 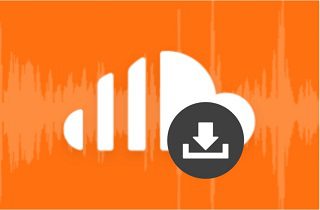