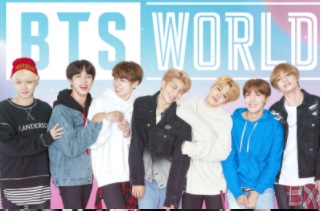 If we are going to talk about the popular boy band these days, BTS would be mentioned first with no doubt. Through the years, they've released a total of 155 songs since they debuted in the industry in 2013. And their hype continues and captures the heart of people across the globe. With 319 awards over 485 nominations, this seven-member male group⁠ — consist of RM, Jin, SUGA, V, Jung Kook, J-Hope & Jimin⁠ — inspires their fans with their songs that tackle mental health issues and self-awareness. Unquestionably, BTS isn't just about charm and talent as they can also touch your hearts and awaken your mind with their music. Today we're going to talk about the most popular BTS songs and how to download BTS songs for listening offline.

Top 20 BTS Songs You Should Not Miss

This upbeat disco-pop song inspired by the 1970's theme is one of the latest songs by BTS that has gained multiple awards just months after its release last August 2020. This song has been the many "firsts" for the boy band as this is their first-ever song fully recorded in English; their first song released in the US; their first song to top Billboard Hot, which hailed BTS the first South Korean boyband to beat Hot 100 on the popular music part.

It is a song about finding happiness from small things and from within, no wonder that many music lovers find it relatable. Released last April 2019, this pop funk music of the band has reached 1 billion views on YouTube, and it is still making records on the said platform. And as of the moment, this track is the most successful collaboration of BTS from other Western artists.

To celebrate their success as a KPOP group, BTS released "Idol" last August 2018. It has the most talked-about music video since it includes clips from their previous music video. All in all, the concept of this song is finding your worth and loving yourself.

The first music of BTS that reached 10th place on Billboard Hot 100 in the US. Released in May 2018, this song lets its viewers contemplate the love they feel towards others and even themselves - whether it is real or fake.

Although it is still part of the BTS's album "Love Yourself: Answer," this song was sung solo by Jungkook released in August 2018. And due to its popularity, Euphoria has become a music background for several movie series. And for the record, it is the longest-running hit on music charts worldwide.

This track is another song that has been seen on a music chart longer than the other pieces of this South Korean male group. This music won MelOn Music Awards "Song of the Year" and MAMAs' "Best Music Video" last 2017. This music is tagged as the most beautiful and emotional song of the Korean boy band.

This song is another K-Pop song that must be on your playlist. This music is released last 2017 and recorded in two languages⁠— Korean and Japanese. And to encourage you more, take a look on Big Hits' official YouTube site and see that this song has already reached 1.1 billion views and is still accumulating more counts.

If you're a fan of K-Pop and Hip-hop, then this song's the best for you. It has debuted last 2017, and another BTS song that was recorded in Japanese as well. With this music, the group received Radio Disney Music Award for Best Dance Track.

This track is another good music that BTS has released. It gains popularity as it empowers a lost and weary soul to fight and not give up on the challenges that life throws at you. Having 447 million views on YouTube, this music indeed touches millions of its viewers worldwide.

It is released last 2015, and one of the old songs from BTS. Falls under the Pop, Hip-Hop, and Rap genre this music track has gained more than 200 million views as of this writing. This song is relatable to the youth as this tackles the hardships that a youngster may encounter in life.

Silver Spoon is another track from their The Most Beautiful Moment in Life, Part 2 album. It has been out on several music platforms since 2015. Some listeners think this song has a hidden meaning waiting to unfold, and many are still giving their theory about the song.

This title is one of the first songs released by this male group from their first studio album⁠— Dark and Wild. The music showcases RM, Suga, and J-Hope's rapping skills. Moreover, this track ranked 3rd place on Gaon Chart upon its release last 2014. And in 2015, it received a Golden Disc Award.

The best song for the youth that helps them lessen the pressure that society has set. This song has inspired its listeners since 2015 and the very first song written by the BTS members themselves. In 24 hours, it reached 12 million views.

Singularity is another solo song by one of the BTS members, V. One of the sad songs that will affect you while listening to it. Today, it already has more than 151 million views on YouTube since its release date last May 2018.

One more stream-worthy song by BTS is this Blood, Sweat, & Tears, which is part of their album, "Wings" in 2016. It also has a Japanese version. Though it is under K-Pop, Moombahton, and Dance/Electronic, the overall lyrics are about the pain of being deeply in love.

This song title is the very first official solo song of V. Released last 2016, this Dance-Electronic song has gained over four first-place trophies on local music program awards. And four years later after its release, it won an additional award during MelOn Music Awards.

This song is said to be the unofficial song by V. Although this is not a part of any BTS album, the song is still known and released on different music streaming platforms like Spotify and SoundCloud.

This track is part of their album entitled, The Most Beautiful Moment in Life: Young Forever, released by Big Hit Entertainment last 2016. Aside from its lyrics, many get hooked by this music because of its best⁠— as described by ARMYs⁠— choreography.

This music track is the original soundtrack of their album entitled BTS: World, released in 2019. Together with Swedish singer Zara Larson, this song became famous on different music charts in Asia, Europe, and the US.

Evidently, with the series of the world breaking records in the music industry that BTS has achieved, no wonder that they've been the favorite boy band of K-Pop fanatics. That's why many want to download their songs. As such, here's AceThinker Music Keeper to help you download BTS songs.

AceThinker Music Keeper allows you to have BTS songs free MP3 download from any music site instantly - by using the copy-and-paste method. This music downloader for Windows 10 helps you get BTS all songs download easily, and you can have those by using its "Batch Download" feature. Aside from being a BTS MP3 song download tool, it also serves as an audio converter because it's compatible with various video streaming platforms, like YouTube, Facebook, Vimeo, and more. And with its built-in media player, you can Play that BTS hits right after the download progress. To start BTS songs MP3 download, here are the steps you need to follow.

First things first, click the download button provided above. Select the right downloading tool based on your operating system (whether you're a Windows or Mac user). Next, follow the installation process and run and launch the program. 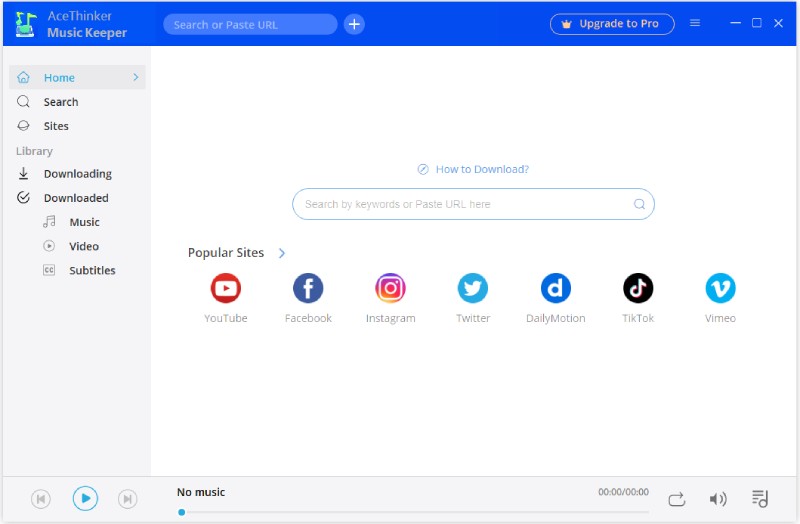 Step 2 Search for the BTS Songs You Want to Download

To start the process of BTS songs free MP3 download, go to YouTube or your favorite music or video streaming site and look for the video you want to have. Then, go to the address bar and copy the link. 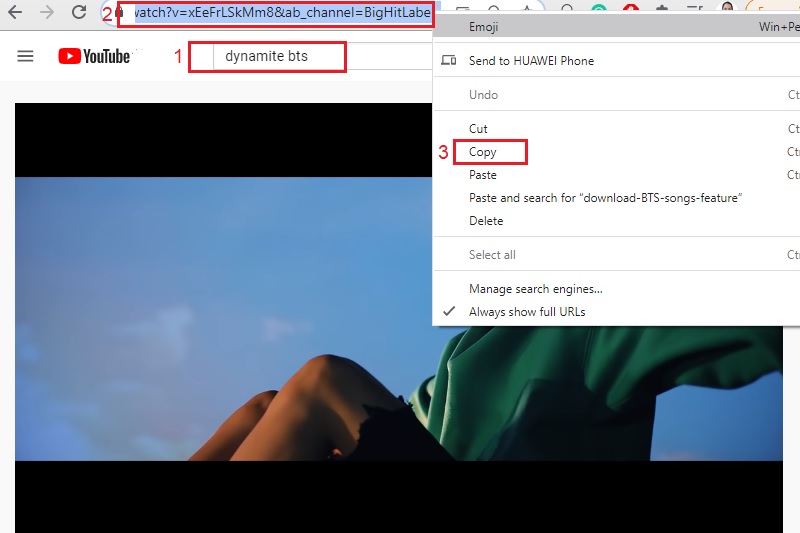 Go to the app's interface and paste the link on the URL bar. Next, click the + button or hit the enter key and wait for the tool to analyze the video. The video thumbnail will appear once completed. Then, click "MP3" to start the downloading process. Meanwhile, you can also click "More" to select the best audio quality that you prefer.

To listen to the music tracks you downloaded, you can look for them by clicking the "Downloaded" tab. From there, you will see the list of the songs you have downloaded. And to play the BTS songs download MP3, right-click, and select "Play Music." Now, you can dance or sing along with your downloaded BTS song anytime you want. You can also save or share them with your friends. 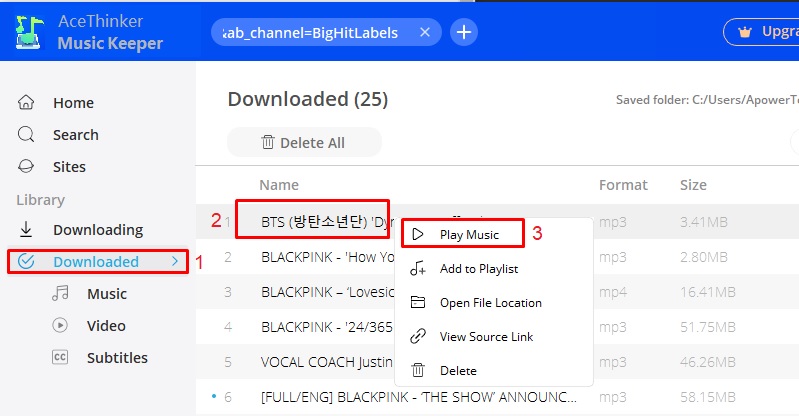 Alternatively, you can look for the video using its built-in browser. You can type BTS, song title, or album names on the search bar. After clicking the + button, let the tool search for the video. 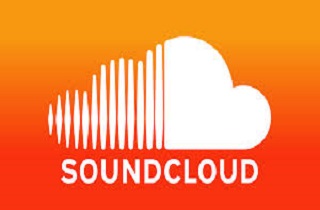 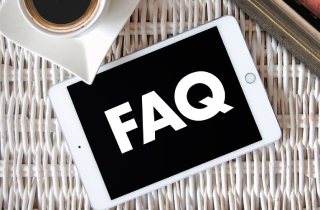 How to Use AceThinker Music Keeper