The Most Convenient Ways to Mirror Mac to Samsung Smart TV There’s plenty of room on a computer screen. More than enough to work with documents, create presentations, watch movies, and store files. However, there are some restrictions, such as being limited to a single screen or wanting an even bigger screen. If you’d like to give yourself more screen space, you can consider finding a way to cast Mac to TV. It’s possible to do this with just about any smart TV, whether or not it’s an Apple TV. Here are some of the best apps to screen mirroring Mac to Samsung TV. You can stream anything from your Mac computer to TV’s large screen for better sharing or presentation.

AirbeamTV is one of the most popular programs for connecting Mac to Samsung TV. The program allows you to replicate your computer screen on TV in real-time. It shows whatever you do on your computer on your television. It also has support for audio from your computer, making it the perfect choice to stream music, movies, and videos. From the settings of the app, you can adjust the LCD to suit your environment. The app comes with a free trial, with a premium version that costs $9.99. That’s relatively cheap compared to other similar paid apps. 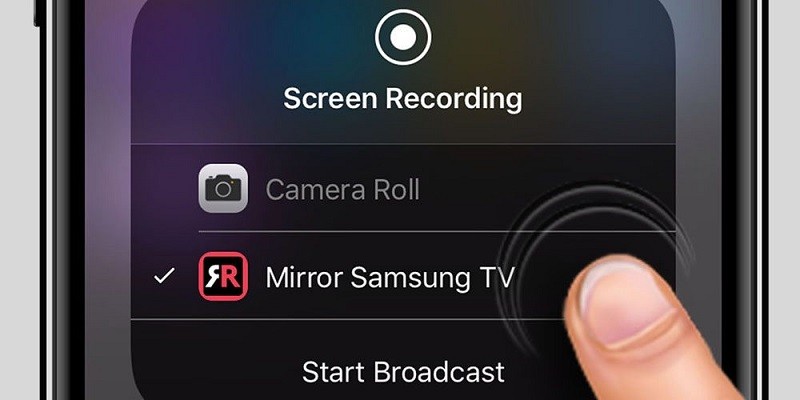 How to use AirBeamTV to Mirror Mac to Samsung TV:

Last but not least, we have Prijector Pro to stream Mac to Samsung TV. This external device connects to a TV and works as a receiver to pick up transfers from your computer. It works with almost all devices, including iOS, Android, Windows, Linux, and Mac. The app provides a solution for the mess caused by cables that usually comes with connecting devices. It takes advantage of an internet connection to mirror screens across devices. This device has been used for video conferencing, too, as it works with so many different platforms, including phones and computers.

Here’s how you can use Prijector Pro to display your Mac to Samsung Smart TV:

There are several applications you can use to mirror your Mac to Samsung TV for free. Though there is a free version of Mirror for Samsung TV from AirbeamTV, it does have some limitations that aren’t found with the paid app. If you’re looking for a professional device that performs well consistently, then you should consider getting a Prijector Pro for $299.

Posted by Trafalgar Law on September 3, 2019 to Mobile Mirror Detailed Guide on How to Control PowerPoint from iPhone Top 4 Worth Using Tools to Cast iPhone to Roku