Reliable Guide How to fix an iPhone Stuck on Apple Logo

Is Your iPhone stuck on the Apple Logo? There are several reasons why your iPhone is stuck on the Apple logo. One reason could be that you have not correctly installed the latest version of the software. We've all faced how annoying it is to look at your smartphone and see your iPhone frozen on the apple logo. If you've had the Apple logo affixed to the Home screen of your phone several times, it's time to resolve the issue for good. With the steps and following tips we've provided within this post, your phone will run in minutes, and the issue "my iPhone is stuck on the apple logo" will be a thing of the past.

Why Your iPhone is Stuck on the Apple Logo?

If your iPhone only shows the apple logo, you're probably thinking about the reason behind the issue. If you can identify the trigger that caused the case, it is less likely to see the same problem again. Let's take a look at the most frequent reasons why Apple's logo could block your iPhone's Home screen.

1. It's an issue with upgrades.

You may notice that your iPhone is stuck on the apple screen logo as soon as you update to the It can occur for many reasons, but it's typically due to installing the most recent iOS for an old device. In addition to the iOS issues being mentioned, this is also regarded as one of the more difficult iOS versions. There are other iOS issues here.

2. You tried jailbreaking your smartphone.

No matter if you attempted to complete this jailbreak yourself or had it done by a technician for assistance, your iPhone could be stuck at the Apple logo after you've tried to jailbreak.

3. It happens when you restore it from iTunes.

Regardless of why you're making a backup of your iPhone, the device could become locked on an Apple screen when you restore it via iTunes or iCloud.

4. During an update or restoration.

We all need to restore or update our iPhones frequently due to a variety of reasons. If you experience issues installing an update or performing a routine restore, the iPhone 13, iPhone 12, or another iPhone model could become stuck at your Apple updating screen.

Specific internal hardware damage can harm the iPhone. If your iPhone fell or caused your iPhone to be damaged by liquid, that could also be why your iPhone keeps restarting the apple logo.

AceThinker iOS System Recovery is among the most effective iOS recovery tools that let you repair problems with your iPhone, iPad, and iPod in various scenarios. Whether your iPhone is stuck in recovery mode, DFU mode, or it shows a black/blue/frozen/disabled screen, this innovative iOS repair tool can assist you in overcoming the problem and bring the device to its normal state. It's a one-of-a unique system recovery program that can solve more than 50 issues associated with the iOS operating system. It can fix issues like iPhone updating errors, iPhone application being stuck, and many others.

After downloading the AceThinker software, open and select the iOS system Recovery from the main screen to start the process. 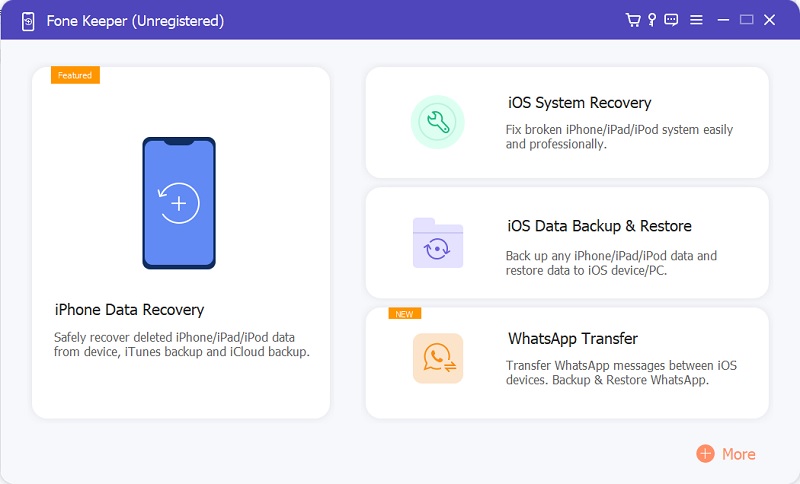 After selecting the mode, connect your phone to the system and select the repair mode. 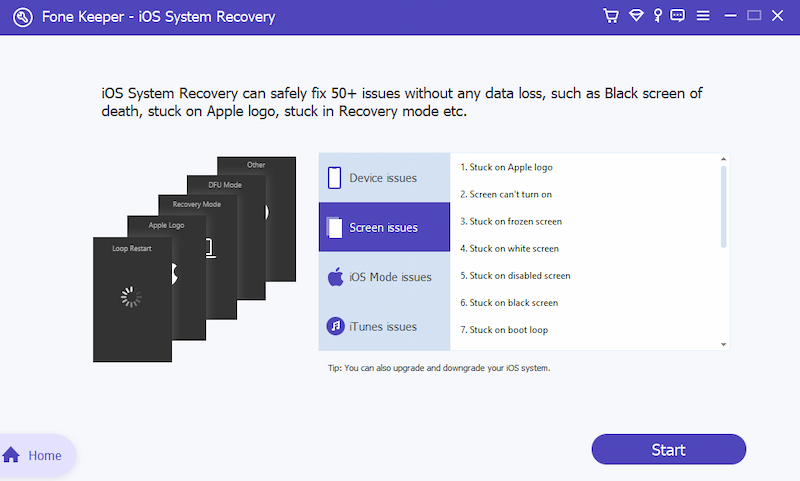 Lastly, click the “fix” button to fix your iPhone update stuck on the apple logo issue.

Other Quick Fixes for iPhone Stuck on Apple Logo

Perhaps you're part of the top 1 of people, but it's never a bad idea to try. A hard reset causes your iPhone to turn off quickly and on again, which may solve minor software bugs.

For a hard reset for an iPhone 6S and earlier models, Press then hold down the home button (circular button located below the screen) and the power button together until you can see that the Apple logo disappear, only to reappear on the screen. Then release the button.

For those using the iPhone 7, press and hold the power button and the volume down button until the Apple logo disappears, then appears at the top of the screen.

If you own the iPhone 8 or newer, hold then release the volume button, after which Press and release the button for volume down, then hold and press on the button release it only when you see the Apple logo disappears, only to reappear.

2. Reinstall iOS on Your Device

If the force reboot does not work, you can try reinstalling iOS instead. It's likely that your device was shut down in the middle of an update and caused iOS to be corrupt.

Connect your mobile to the computer. If you're using macOS Catalina 10.15, open the Finder first. Start the iTunes app instead if you're running an operating system on a computer running macOS Mojave 10.14 or earlier.

Find the iPhone within your PC. After it's connected, follow the steps above to force restart and keep pressing the buttons involved during the process until you're on a Recovery Mode screen, which displays an icon for a computer.

Suppose you are presented with the upgrade or restore options. If you are offered the option to restore or update, select for Update. The computer downloads and installs iOS without erasing any data.

If your iPhone isn't turning on, you might think about the option of restoring your phone to factory settings. However, this method will erase all your information on your phone. The process is much simpler when you archive your phone's information on the computer you use or iCloud.

If you don't have backups and don't have a backup, you'll lose all your data once you finish this step.

To perform a factory restore, you must start the Recovery Mode as described in the earlier sections. However, instead of selecting to update, you must choose the Restore option on your system instead.

The device firmware update (DFU) can be an unnoticed feature on your iPhone. It's a restore feature for your iPhone which replaces the incompatible firmware and software with new software. It could aid your phone in recovering from serious problems.
With An Apple-approved USB cable, Connect your iPhone to a computer. Follow the following guides:

Once you've completed the final step for every iPhone model, be sure that the display remains black. If it doesn't, it's at DFU mode, and you'll need to follow the steps on your computer. If you see your iPhone display or iTunes icon, you're in Recovery Mode. Connect the iPhone and your laptop and follow the steps previously mentioned. Make sure you are following the right timing.

If you've exhausted every one of the alternatives above, it's now time to repair it. If your device is in guarantee, Apple will cover repairs at no cost, provided the phone isn't injured in some other manner.

Repairing your phone could uncover hardware issues. For instance, the iPhone's logic board could be damaged and requires replacement.

We hope that by now, your iPhone is as great as new, and you'll never need to confront this "my iPhone keeps showing the apple logo and turning off" issue for the rest of your life. We've covered a variety of reasons that the Apple logo might appear across the LCD of the iPhone and the different solutions to counter these problems. 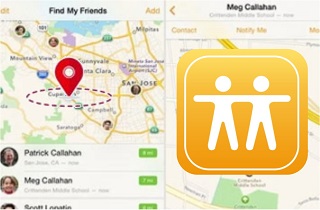 How to Fix Find my Friends Says Location not Available 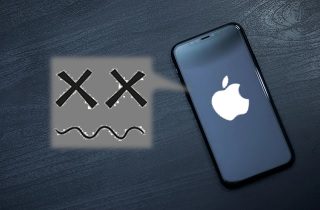