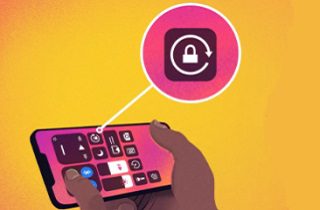 iPhone users are always annoyed when their iPhones get stucked, but most users do not know how to fix the issue and why the iPhone screen is not rotating. One common problem that iPhone users face is the screen getting damaged due to a drop. Many users do not pay much attention to this problem and keep using their phones like new after the fall. But, that is not the only reason that can cause this issue. This article will provide viable options for you to choose from to solve iPhone not rotating screen problem.

1. A Wrong Configuration for Settings

The chances are that you will commit mistakes when you alter your default setting, specifically for people who don't know what settings do. In the event of these mistakes, iPhone or certain apps might not perform as intended; "iPhone screen won't turn" is a typical cause.

The app's behavior may be affected by bugs, or corrupted content can cause it to malfunction in unexpected ways like not rotating the screen.

Those who don't know how to update their iPhones or delay the update are likely to encounter different glitches in the older version of iOS.

4. Hardware that is Defective

In most instances, the primary reason lies in physical or mechanical components that could have been damaged by drops or exposure to liquids. 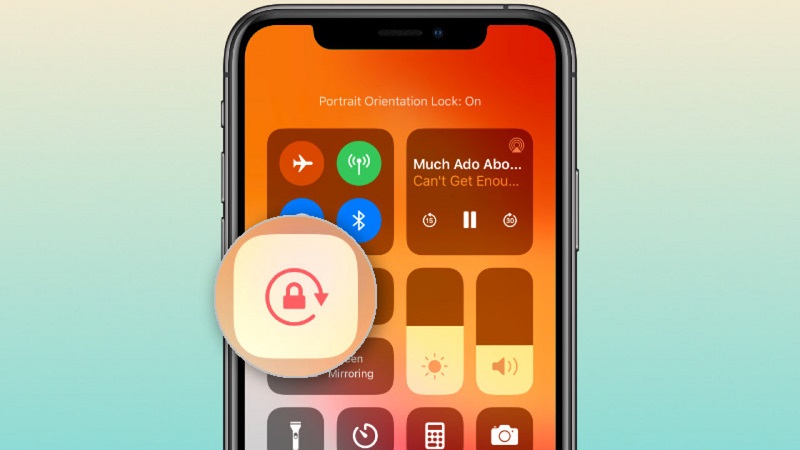 1. Turn off the Screen Rotation Lock on iPhone

One of the most significant errors that iPhone users commit is not taking note of the status of the screen rotation of their phone. When the rotation on your iPhone is blocked, it will not turn in the opposite direction. Many users have their screens rotate locked according to their preferences. However, they may fail to verify the status of their screen lock on their device after a time.

So, if you find that your iPhone screen isn't rotating first, you should check the status of your screen's rotation. To check this, simply click on the Control Center on your device and verify whether the lock on screen rotation button is turned on or not. It is, by default, the rightmost button. If this is the case and you tap it once more, it will disable it. Then close from the Control Center and rotate your phone to resolve the iPhone screen does not rotate problem. 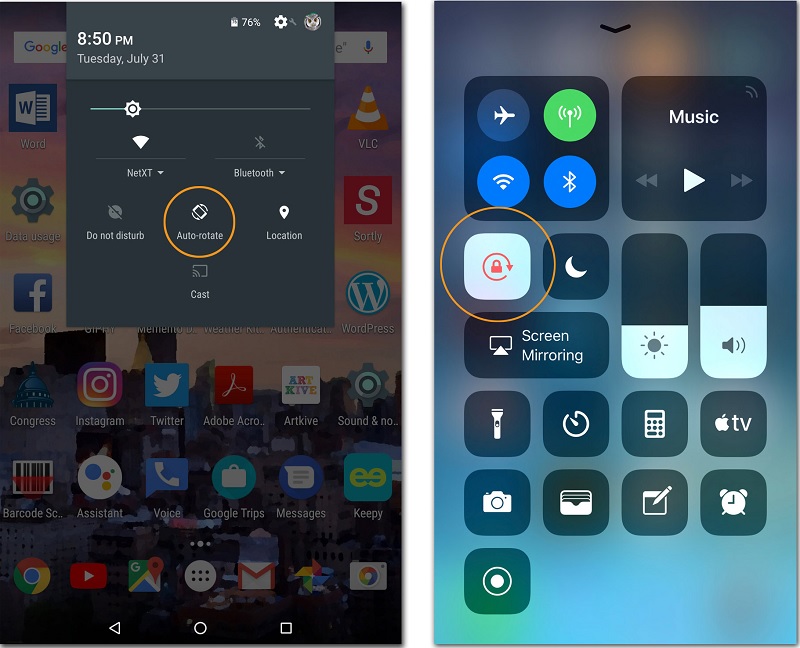 Most of the time, problems with the iPhone screen aren't rotating can easily be fixed simply by restarting your iPhone. The screen may not rotate due to some technical issues that can be fixed by restarting the phone.

The iPhone can be restarted by holding down the button on either side or top button. After restarting, you should check whether your Orientation icon is switched on or off, and then Try rotating the iPhone screen. 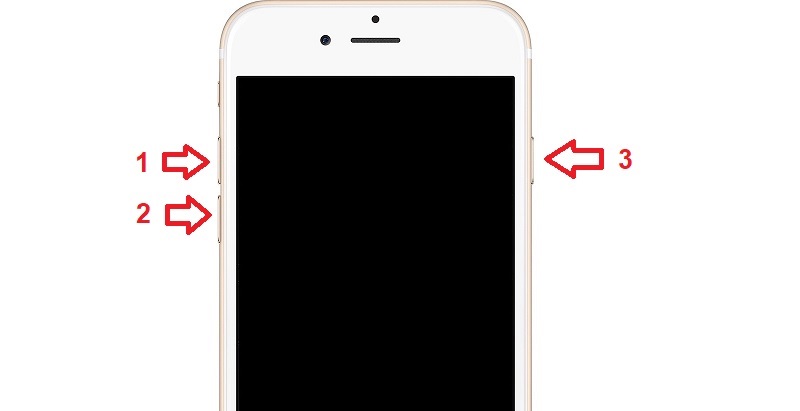 3. Check Screen Rotation on other Apps

The third option in the list of solutions to solve the iPhone screen not turning sideways problem is to verify that the rotation of the screen is functioning in Apps different from the one you're currently using.

There are times when, regardless of the Orientation icon indicating that the rotation of the display is locked, an application's appearance isn't sideways. This is because the application is specifically designed to operate in Portrait mode.

So, instead of muttering, "my iPhone screen will not rotate," try to determine whether the rotation isn't happening when you're working on other applications. Many applications only work in Landscape mode, including gaming apps such as Super Mario, YouTube, and other apps. You can try opening any of these applications on your iPhone and see if it works or not. 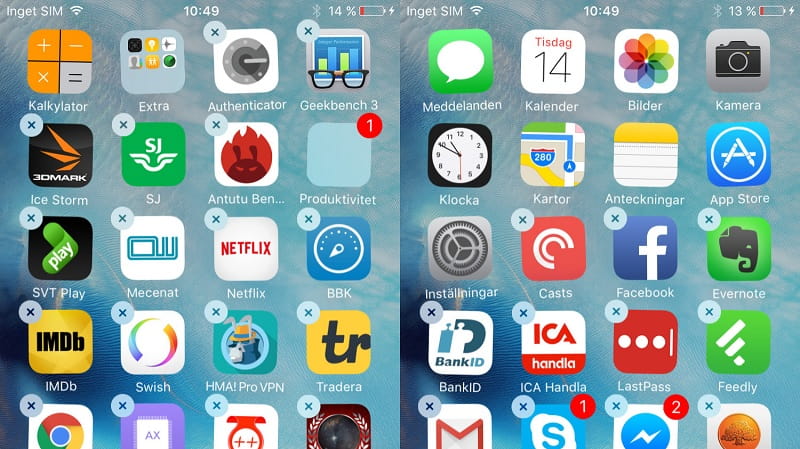 4. Turn off the Display Zoom Feature

But, this will erase the feature of rotating screens in your device. In most cases, no matter if you turn on the Display Zoom feature, users will not be aware of it before. If your iPhone doesn't seem to turn in the opposite direction even after you turn off Portrait Orientation Lock, then you'll be able to fix it with this procedure. Follow these steps to resolve the problem with screen rotation on your phone by turning off the Display Zoom.

After saving your choice, the phone will be rebooted in Standard mode. After that, make sure you fix the iPhone that cannot turn in the opposite direction, or the issue isn't. 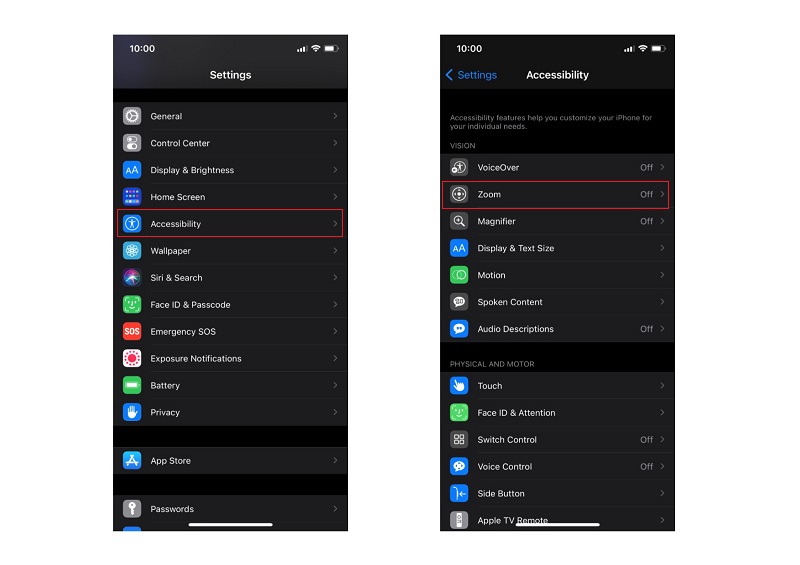 5. Look for the Hardware Problem

If the issue persists or your iPhone screen will not rotate, it's probably an issue with the hardware.

The screen's orientation will be determined by an instrument known as the accelerometer on the iPhone. The device functions as a sensor and concentrates on the general movement within the handset. Thus, a significant issue with the hardware could be an injury to the accelerometer, which blocks it from turning correctly once in a position not to detect what the phone is experiencing.

In the case of a gadget such as the iPad and iPad, problems with the orientation of the screen can be caused due to using the Side Switch button, as in many instances, it's used to regulate this feature on these devices.

Like any other gadget, iPhones are prone to various minor issues that can now be resolved using a unique tool. AceThinker Fone Keeper is a one-of-a-kind iOS system recovery tool that can solve more than 50 issues with iOS software, iPhone updates, iPhone application not working, and many more. Additionally, It will also help you recover your data quickly regardless of whether you have any backups in place or not. Simply connect your device and in a few clicks, get rid of any problem you are facing. The software offers two recovery modes that you can use based on your difficulties standard mode or advanced recovery mode. However, in advanced recovery mode, you are liable to lose data. 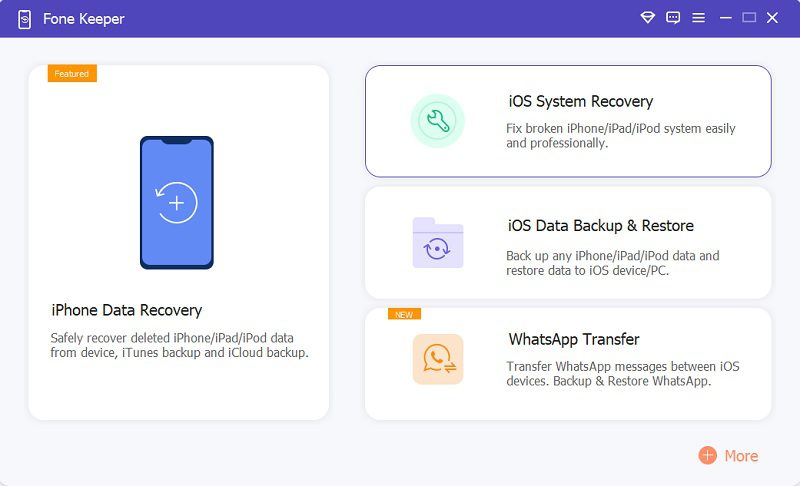 If you note these guidelines, you'll be able to resolve the issue iPhone screen won't rotate with your device. If any of these methods don't work and the issue turns out to be an issue with the hardware, It is recommended to leave it to experts. The best recommendation is never to attempt to repair it yourself as, firstly, it could not be a good idea for your device. Secondly, you could end up damaging more than you're doing well. Therefore, the most effective solution to an issue with the hardware is to return it in the Apple Store or any other service center explicitly focused on iPhones. 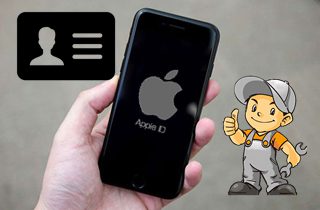