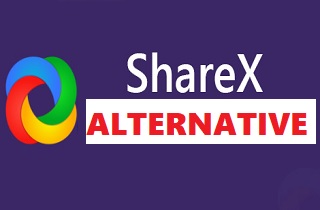 ShareX is described as a free and open-source program that allows you to take, record any part of your screen, and share it by pressing a single button. It also lets you upload texts, images, or any other file type to various supported locations you can select from. It is a top Screenshot Capture tool in the Photos & Graphics category. If you're thinking of ShareX, you may consider looking at comparable alternatives or competitors to discover the most suitable solution. And for that reason, this article will provide ShareX alternative options so that you can review all the available choices and choose the best suitable to your requirements.

Why Do You Need to Look for ShareX Alternatives?

The following are some reasons that may cause you to look for an alternative to ShareX:

As we said earlier, ShareX only can be utilized only on Windows computers. Therefore, if you're looking for a ShareX alternative Mac, we suggest AceThinker Screen Recorder. AceThinker Screen Grabber is a powerful video recorder that records every activity on your desktop computer. Whether it's streamed video, game video chat or business demo or webinar, podcast, or any other, it can capture every moment in the way you want!

TechSmith Snagit developed the tool by TechSmith screen capture tool that the company developed to capture screens and manage audio. It has a simple interface, and this program can be used to take screenshots quickly and edit images. Being one of the top ShareX options, Snagit has some editing options, too. The "Edit" section can help to resize, add annotations and make valuable changes in your financial savings. 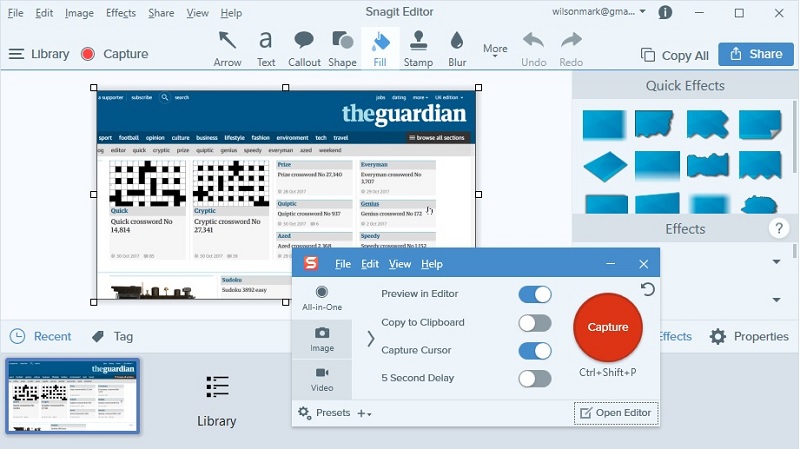 Being a fully-featured screen-capture program, Fraps can be used to capture the specified part on display. You can take a screenshot with a hotkey that you can customize. If you're looking for a ShareX alternative for Windows, this program is an excellent option. Apart from the Screenshots feature, it can take videos, and it works with the screen and audio at the frame rate you want. 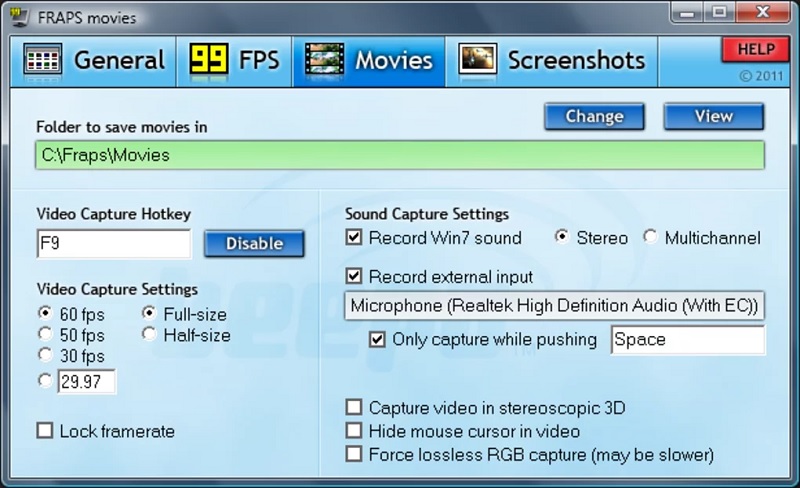 Greenshot is an open-source screen recording screenshot tool for Windows operating systems. It can provide users with instant screenshots as well as annotations. It is utilized to record the screen's snapshots and edit them. Users can mark the desired portion of the image, then send it to other users and edit it. The most prominent features of Greenshot are the rapid creation of screenshots of the specific portion of the window and simple edit of the screenshot captured, the export of screenshots in different sizes, and direct printing and sharing with other users. 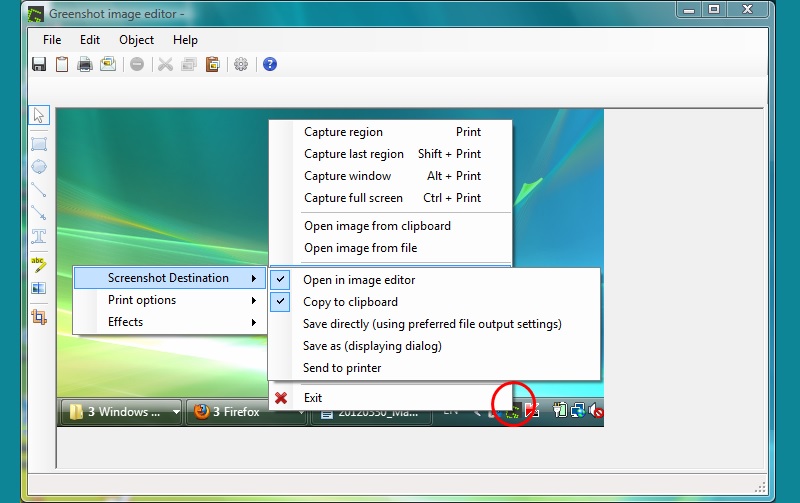 Like ShareX, OBS Studio is also an open-source screen recording tool. Professionals frequently use it to manage audio and screen. Additionally, it could be more well-known than ShareX because it has more advanced settings. One of the most impressive features of this alternative to ShareX is the ability to make the video streaming in audio. 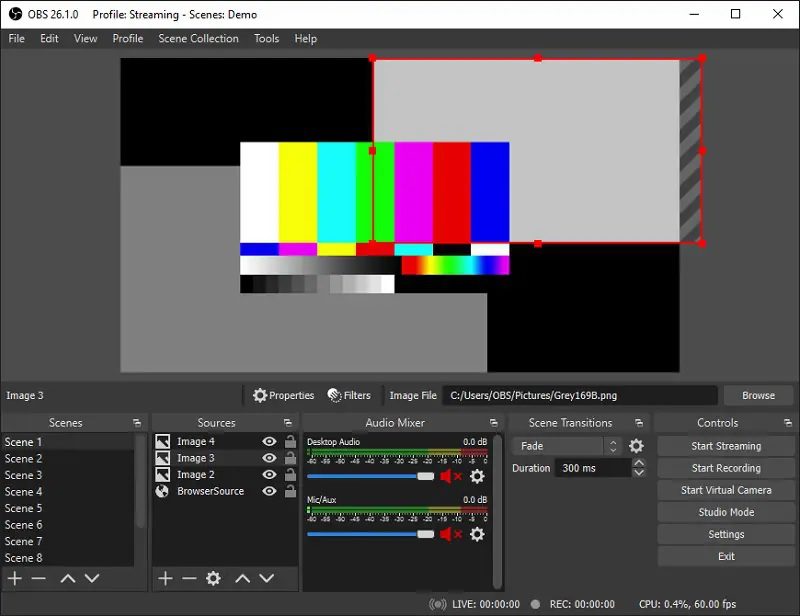 Lightshot is a small but capable screenshot tool that can capture images of every area on display. It is simple to take a picture of any display area and store it on your PC. It is the best ShareX mac alternative that you can use. Apart from simple screenshot capture, it provides users with various additional tools and features to make their work easier and straightforward. 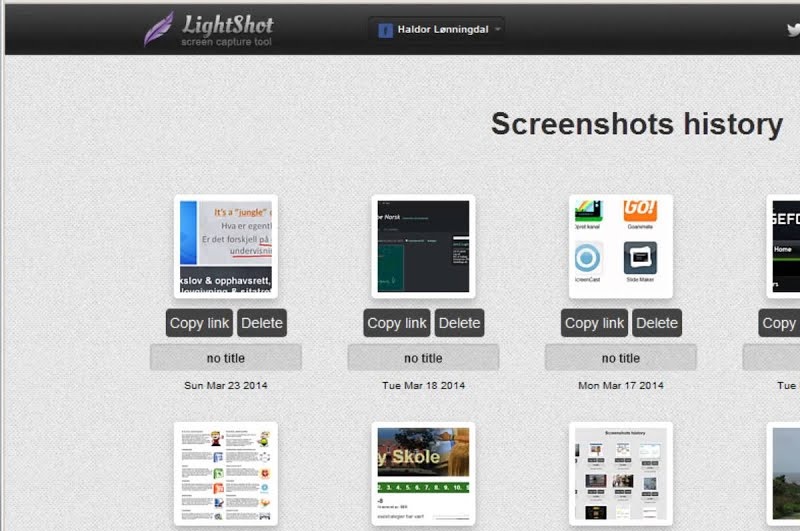 The screencasting feature by ShareX is widespread and can be used to record the entire screen and the desired portion of windows and more. The operation is easy and effective, and here is the demonstration.

How to take Screenshots using ShareX? 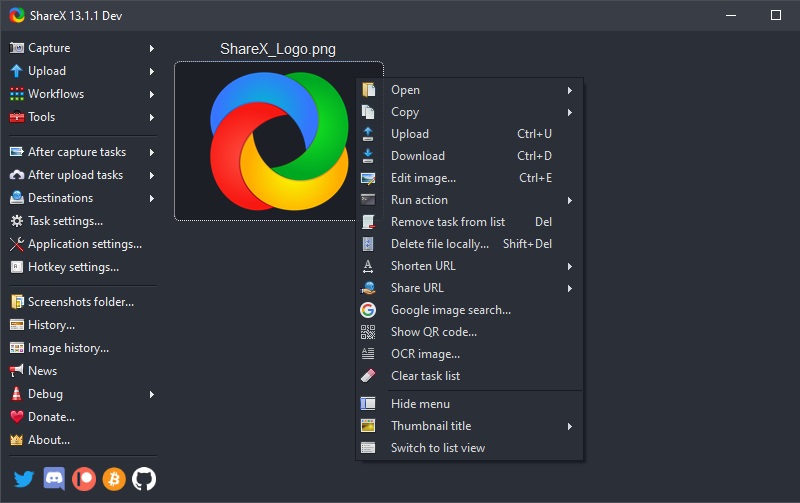 1. What is it that ShareX does?

ShareX is a tool that can take screenshots and record videos with FFmpeg. The screenshots you capture can be edited and annotated with the built-in editor for images.

Yes. ShareX is a no-cost and open-source software that allows sharing images and videos with just one click.

3. How do you take a screenshot on Mac?

Use Command, Shift, and F4 simultaneously. Move to pick the portion of the screen you wish to capture. Hold the Space bar while you drag it to move all of the selection.

In this article, we've given a comprehensive description of ShareX. To Mac users, you could try AceThinker Screen Recorder, and it's the most suitable option for ShareX on Mac.

Posted by JoKelly to Take Screenshots 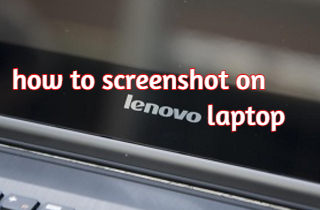 How to Screenshot with Lenovo Laptop (Windows 7/8/10) 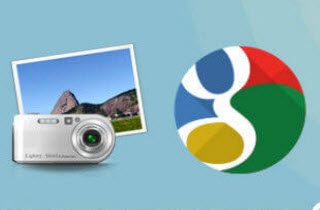 Best Ways and Walkthroughs to Take Screenshots on Google Maps