How to Play DVD on Nintendo Wii 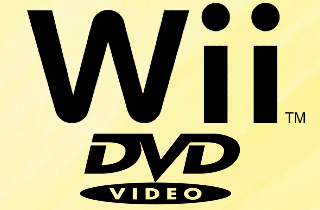 Launched by famous Nintendo, the Wii model is a gaming device (for home users) that is especially favored by gaming fans. The console packs some handy features and modes like remote control and connecting unit. Besides using it for video games, you may also use it to play DVDs as well. While it doesn't play the disc right away, there are some alternative ways to play DVD on Wii. To make it simpler, you can convert DVD to Nintendo Wii supported video formats and then play the video on Wii smoothly. Read the instructions below and enjoy your DVD movies on Wii.

Even though official usage instructions don't support the playing of a DVD on Wii, you may use HomeBrew Channel to render the disk on this bright blue drive. This solution is invented by some Wii coders to enable users to unlock their console and play DVDs. If you want to go this route, you have to install the H.B. video player or Wii unlocker. Then copy the files into the S.D. card and then utilize the Channel to enable the 2-sec patch. Once this is activated, you have to enter the Wii Mplayer application from the Channel, enter the DVD and allow Wiff to play your DVD.

Even though this solution appears to be easy, you’ll have to meet specific requirements before following the actual connection steps:

How to play DVD on a Wii/Wii U using HBC step-by-step:

There are two key steps to success--setting up HBC and then the actual DVD player. Here is how:

Once the process is done, you may access the Homebrew channel similar to any other Wii software.

Step 3 How to run DVD on Wii

Even though the HBC converts your video game device into a DVD player, the process has some drawbacks. Firstly, the Mplayer program comes with plenty of problems and bugs that will not allow you to enjoy all your movie disks right away. But the biggest risk is that if any step turns sour in the process, the console may get ruined.

How to Watch DVD Movies on Wii without Homebrew

To play DVD on Wii, you have to rip the video first and save it to your Wii. You can use the AceThinker Video Master Premium because it can rip DVDs and turn them into MP4, MKV, AVI, MOV, FLV, and more. Another good thing about this tool is it can combine many videos and make it into one file. Aside from video format, in case you want to extract the audio from a DVD video, you can also convert it to audio format like MP3, 3GP, WMA, AAC, and more. To know how to use this tool, you can check the steps below.

First, get the installer by clicking one of the “Download” buttons above. Then, follow the steps for installing this tool to your computer once you launch its installer. After installing, open the app and insert the DVD to your DVD drive. Afterward, click the “Insert DVD” to add the DVD to the Video Master Premium. 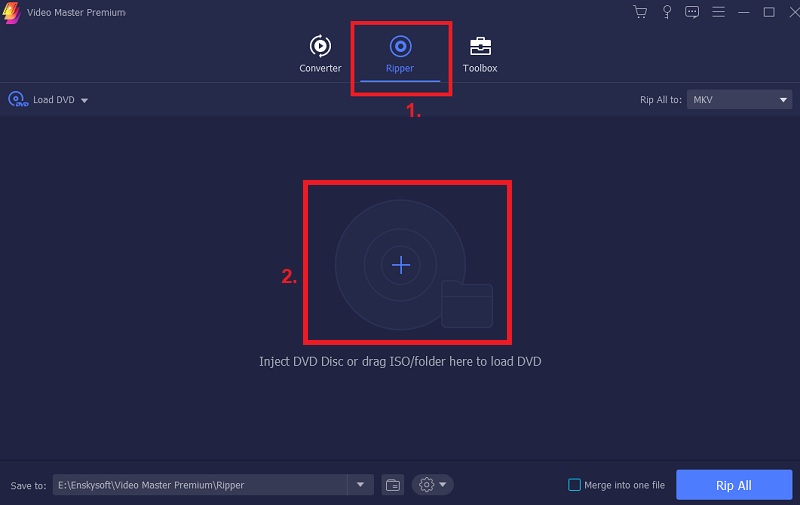 Before you start ripping the DVD, choose your preferred format by clicking the "Rip All to" list button at the upper right part of the tool. From the list, go to the “Device” section, select "Games" on the left of the list, and choose “Wii” to get the format compatible for Wii. 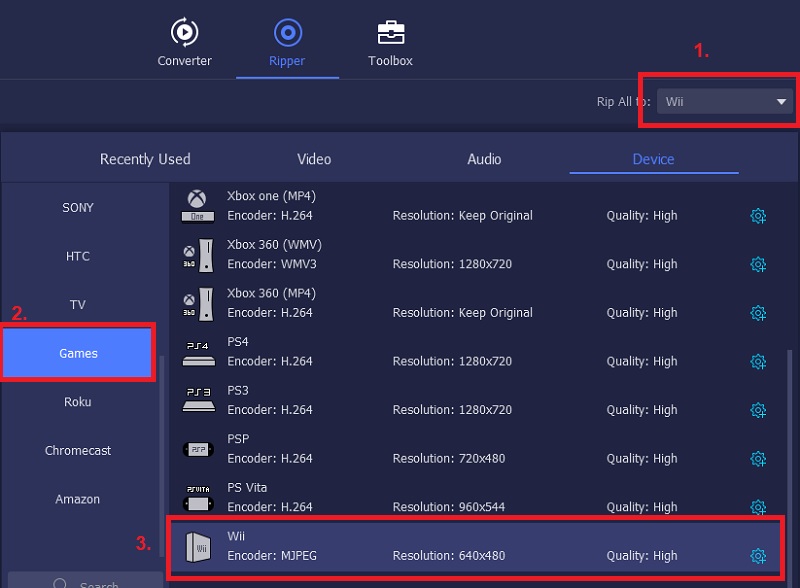 Step 4 Copy the file to Wii

Once done, the ripped DVD will be saved on your computer’s hard drive automatically. You can find it in the default format you’ve set. Connect your Wii to your PC by using the Wifi USB connector and turn on your Wii for your computer to detect it. After that, copy the ripped DVD video to Wii so you can watch it afterward. 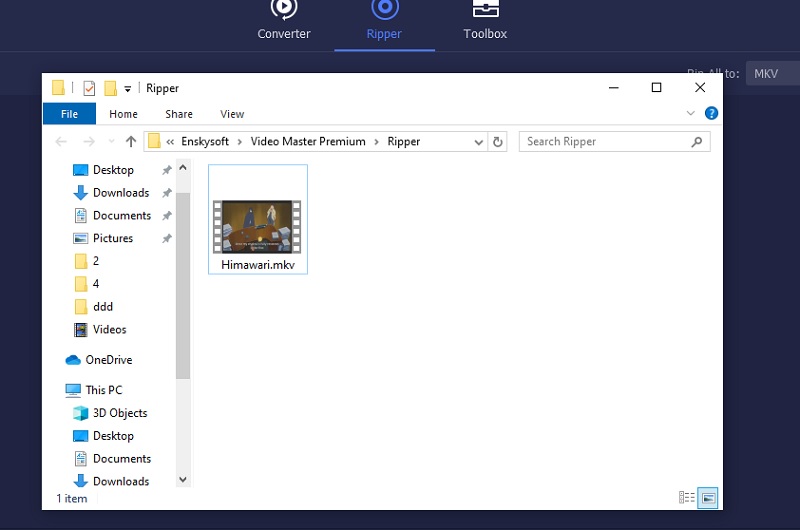 The Wii is a one of a kind gaming console created by Wii. No doubt that it does provide several unique features right now. However, there are still some limitations. So at this time, we will answer some of the frequently asked questions of playing DVDs using Wii.

1. Why are other discs not playing on Wii?

In most instances, the DVD disc will not play if it is dirty, has scratches on it, or damaged. Hope it is not broken entirely as it will not play even on any devices. The immediate solution is to wipe the DVD clean using a cloth. Make sure to clean the laser lens part thoroughly.

2. Can it play Netflix videos?

Yes, it can! First, connect you Wii on a Wifi then log-in your Netflix account on the Wii console. Next, open the "Wii Shop Channel" then install "Netflix Instant Streaming for Wii." Once installed, you can now browser Netflix and watch your favorite series or movies.

3. Can it play a DVD without an SD card?

You don't really need it since the file on DVD is enough to play it there. You only need to connect the "Homebrew Channel" to your internet connection to play DVD files.

Unfortunately not. It cannot read the Blu-ray disc on its console. But if you really need it to access the file on Wii. You can rip it first using AceThinker Video Master Premium and transfer the converted file on Wii to play it.

Posted by Trafalgar Law on June 27, 2020 to DVD Converter 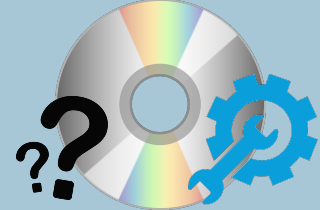 How You Can Play A DVD on X-box One