How to Stop QuickTime Screen Recording 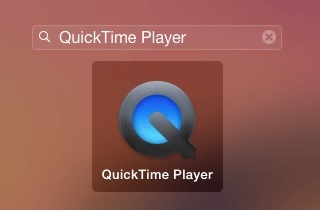 QuickTime Player is a pre-installed player by Apple on Mac, which is responsible for synchronizing the audio and graphic files to create new ones. Aside from its primary function as a media player, this tool lets you record your on-screen activities efficiently. Meanwhile, this app has drawbacks as a recorder, such as non-stop screencasting and frustratingly unsaved output. These troubles made some users install third-party software instead. But before jumping on that option, try these methods we will give you. We will accordingly show you several ways to stop QuickTime screen recording.

How to Stop QuickTime Screen Recording on Mac

Show Recording Bar with Your Keyboard 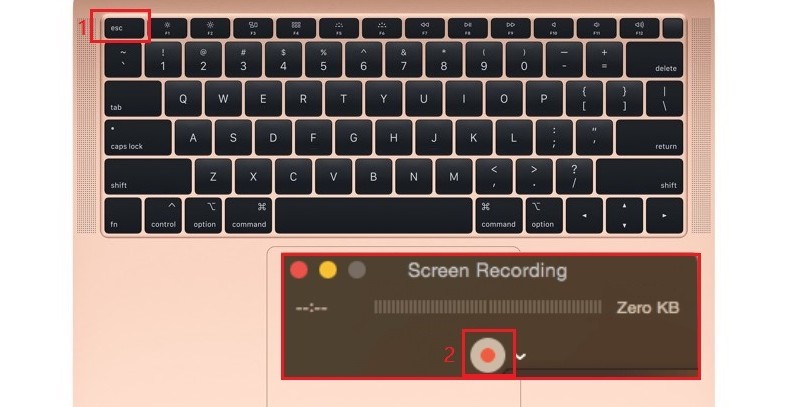 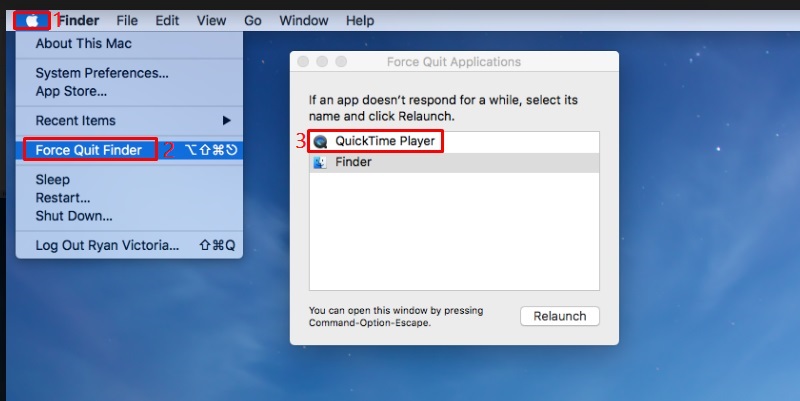 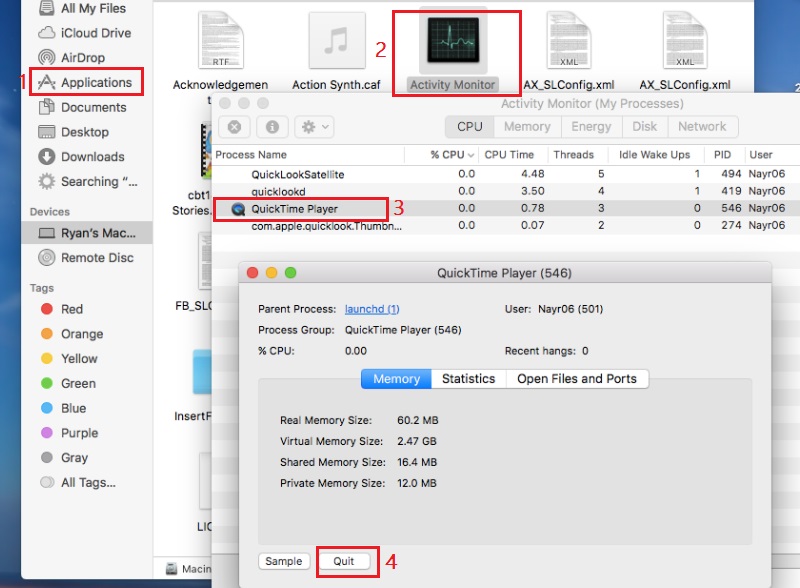 Best For: It's a top-rated tool perfect for recording and creating tutorials and demos due to its intensive recording and annotation features.
Price: Premium subscription costs $42.95 (Personal) for two PCs with lifetime support and upgrades.

For its powerful and dependable features, Acethinker Screen Grabber Premium is regarded as one of Mac's best screen recording software. This tool includes elaborative and functional annotation functions, ideal for creating instructional videos and demos. With Screen Grabber, you can include forms, lines, and arrows that are useful for emphasizing a particular part of your video. Furthermore, this fantastic program can export video in various formats such as MP4, WMV, and many more. This program can also preserve films at up to 60 frames per second, making it an ideal tool for capturing video gameplay and difficult-to-obtain recordings. Last but not least, this program enables users to record screen films with system sound or enter commentary voice lines during recording by enabling the audio from the microphone.

Follow the detailed steps provided below to know how to utilize this tool.

The first step is installing the utility on your Mac computer by clicking on the Mac OS "Download" button above. Follow the instructions in the wizard box to install the tool on your Mac computer successfully. After installation, launch the app from the Mac's "Applications/Utilities" folder and glance at its main interface. 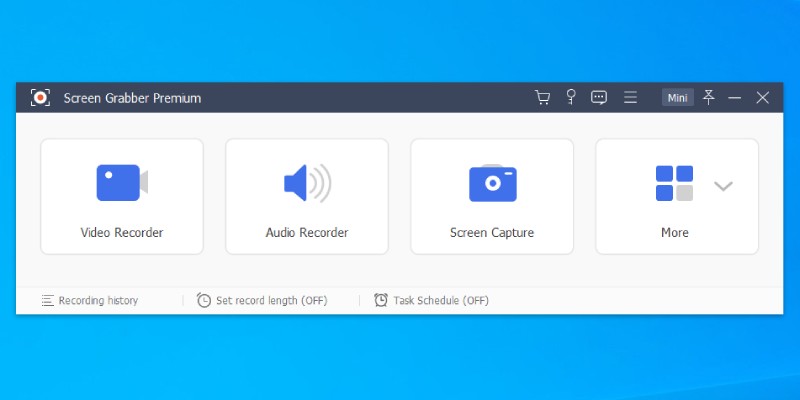 Then, access  its main settings by clicking the menu bar in the tool's upper right corner and picking "Preferences."  For a crystal clear output, use the output settings format by changing the format to MP4 and the quality to lossless. Then, modify the sound settings that suit your preferences. You can also change additional options such as the mouse effect and hotkeys. Once done setting up, click "OK" to save the changes you made. 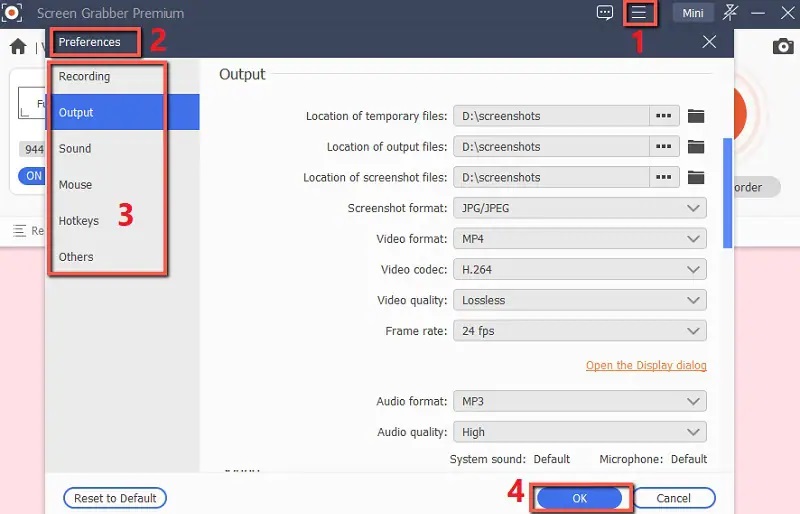 Select "Video Recorder" mode and record your selected screen ratio. You can record in full-screen mode or set up the recording area. After that, toggle the audio sources "ON," hit the "REC" button, and record both audio and video on Mac. When you're finished, click the "Stop" button on the recording toolbar.

Step 4 Preview and Save the Recording

A preview window will appear on your Mac's screen, displaying the recorded video. To preview the video, click the "Play" button in the lower-left corner of the window. You can also trim the recording to remove unnecessary portions. Once done, click the "Save" button to save the recorded video to your Mac computer. 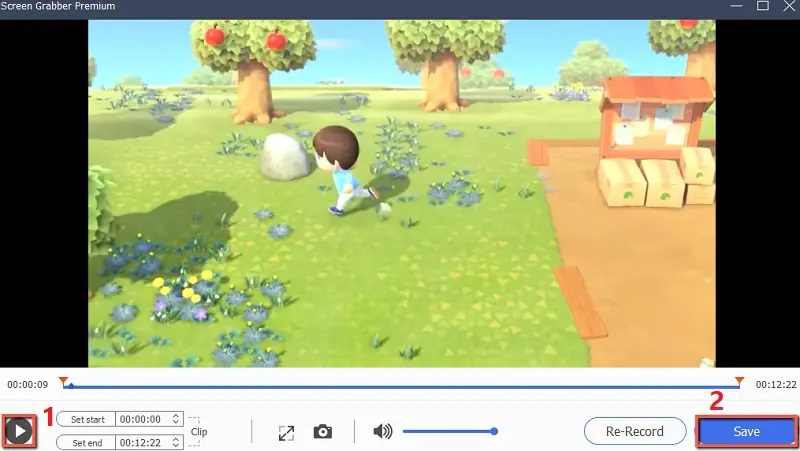 1. How to use QuickTime as a screen recorder?

To record your screen on Mac, click and launch QuickTime player. Then, on its interface, select "File." And from there, choose "New Screen Recording." Once the recording bar appears, click the Record button to start your recording and click it again to stop recording your screen.

2. How to record with sound on a QuickTime recorder?

Unfortunately, as a recorder, QuickTime can't register your computer system's audio. But you can still record audio using its built-in microphone. To do so, only click the downward arrow on the side of the "Record" button and choose your audio source.

3. How to stop a QuickTime screen recording if the record bar is missing?

4. Can I change where to save my output?

Yes. To do so, go to the QuickTime app and the screen controls. Then, on the right side of your screen, click the downward arrow. From there, you can now select the location of your recorded files according to your preference.

5. I force quit my screen record. Is there any way to recover those unsaved files?

Yes. You can recover those files by using "Finder." On your keyboard, press Command + Shift + G. Then, you will see a pop-up Go-to box. Next, copy and paste this command: ~/Library/Containers/com.apple.QuickTimePlayerX/Data/Library/Autosave Information/. After that, it will bring you to your unsaved QuickTime files. 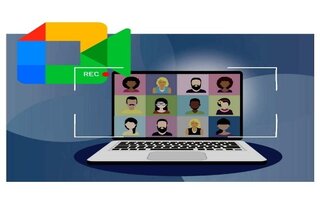 Most Ideal Software to Record Google Meet Sessions for Free 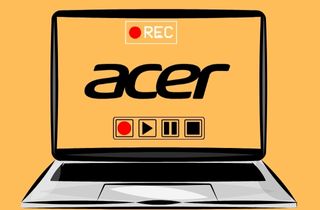 Great Ways How to Record Screen on Acer Laptop Smoothly