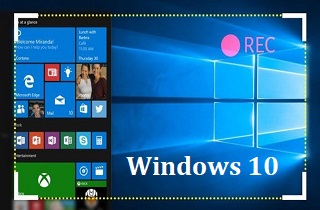 Taking a screenshot on Windows 10 is fairly quick and easy. You can capture your screen using the print screen button on your keyboard. However, recording your computer screen is challenging because there is no shortcut recording button on the keyboard. But no worries, Microsoft makes it possible by using its built-in video capture program named Game Bar. With this tool's help, you can easily record all the computer activities and record games you play directly on your computer. Or those you play from an Xbox One with HD quality. Moreover, if you can't use this tool, we provided other Windows 10 screen recorders you can utilize. Just continue reading this article to reveal the best solutions to use.

One of the free screen recorder Windows 10 that you can use is Windows 10 Xbox Game Bar. It is a built-in screen recorder for Windows that lets you easily capture, record, and stream directly from a game without using a third-party app. It features a simple user-interface wherein you can chat with your friends while recording your computer games. Since this is a free screen recorder, you can record all your computer activities as much as you can with HD quality. This tool is perfect for gamers which they can save their gameplay without any hassle. However, this tool only works on Windows 10. 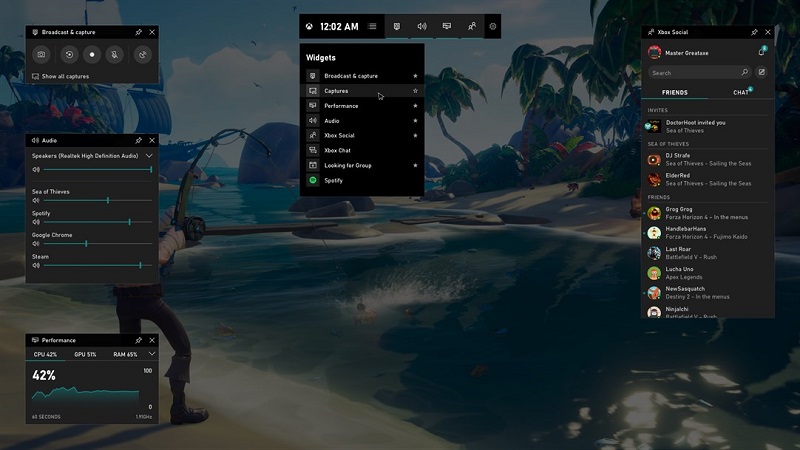 Next on our list is Acethinker Free Screen Recorder. It is one of the best screen recorders for Windows 10 that allows you to capture and record videos on your computer screen in just a few clicks. Since this is an online tool, you don't need to install an additional app to capture your computer videos. Plus, you can play the recorded videos anywhere you like; follow the site's conversion procedure once the recording is done. It also supports different capture modes, such as a full screen or recording a specific area of your computer. 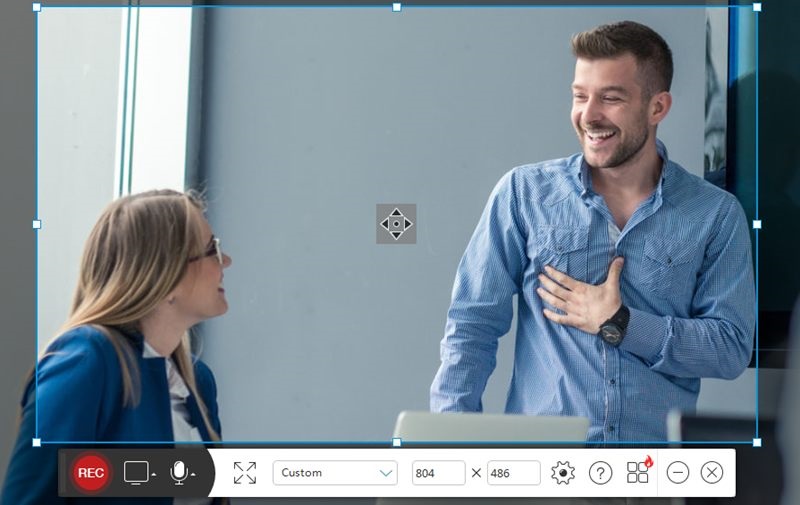 Another screen recording software Windows 10 that you can use to record your screen named OBS. It is an open-source recorder that enables you to record your screen without limitations. It supports different video quality for up to 4K if available. It also consists of a high-performance real-time audio/video capturing and mixing that can be used to make scenes made up of several sources such as images, text, webcams, browser windows, and more. 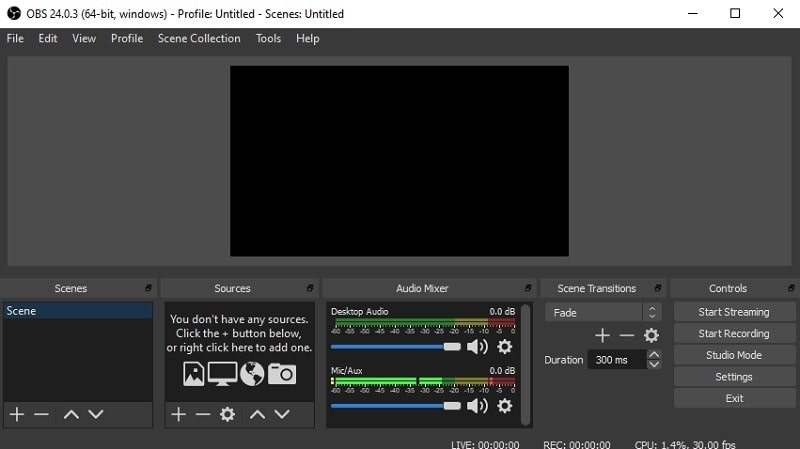 CamStudio is a screen video recorder Windows 10, that lets you record your computer screen, create AVI files, and turn them into friendly streaming flash videos. Also, you can use it to create demonstration videos for any software program. This tool is an open-source screen recorder for Microsoft Windows. You can edit the recorded by using its default editings features such as adding annotations or images. Plus, it includes a cursor control wherein you have an option to record an entire screen, full screen, or a portion of it and save them to AVI. 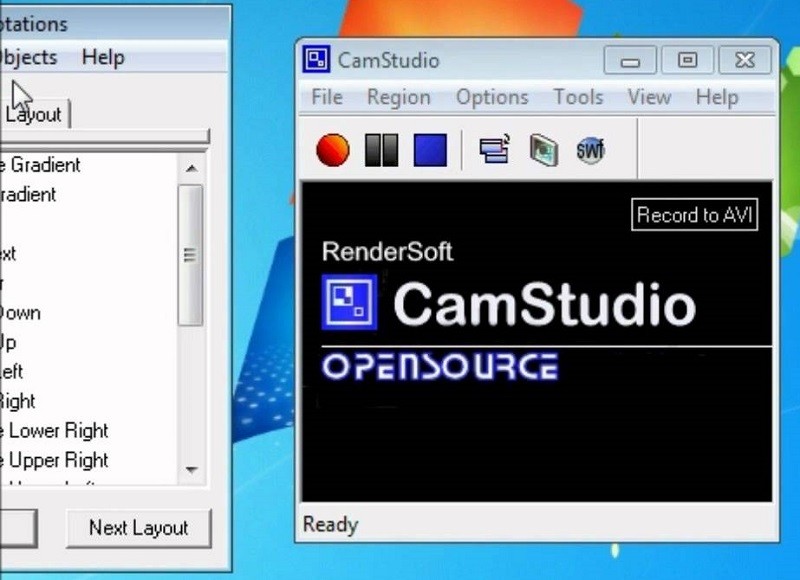 Another free recording software for Windows 10 that we recommend you to use is ShareX. It is an open-source screencast utility for Microsoft Windows published under the General Public Licence. It lets you record or capture any area of your computer screen and share it with your friends in just a few clicks. Moreover, it allows you to upload images, texts, and more to the recorded videos. It also includes a huge range of features and shortcut settings for easy screen recording and capturing. 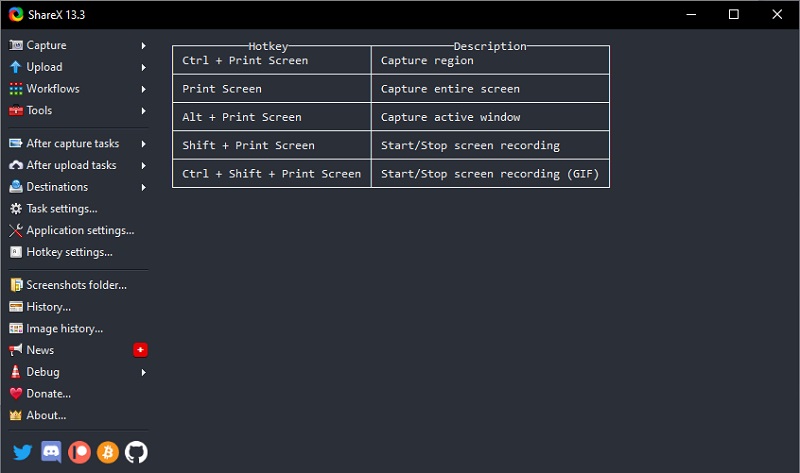 Of course, you also need a tool that will help you record videos on your computer without any limitations. With that, you have to purchase a tool to make it. Acethinker Screen Grabber Premium is one of the recommended recorders. It is an all-in-one solution that allows you to record all the activities on your computer screen regardless of the video's length. It also supports several video quality to choose from, including 4K if needed. Besides that, it offers different types of capture modes, such as full-screen. Similar to the tools we mentioned above, you can also use this screen recording with audio Windows 10 to record live streaming videos from famous video hosting sites like YouTube.

The next video capture software Windows 10 that you can use is Camtasia, it is one of the popular recording tools to record videos or any activities on your computer screen with HD quality. It can create various videos such as YouTube videos, marketing projects, educational presentations, and more. Moreover, it consists of recording mode depending on your preferences, such as full-screen or records only a portion on your computer screen. Aside from that, you can save the recorded videos as Adobe Flash, AVI video, Quicktime movie, and more. 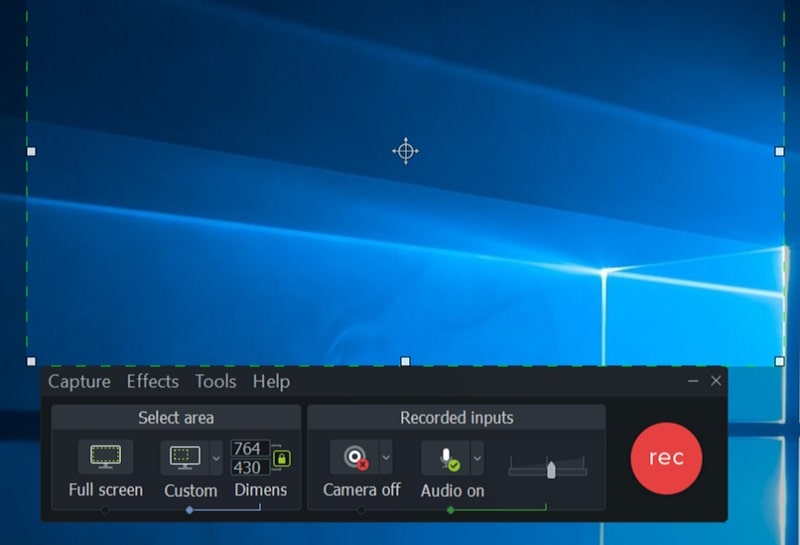 Bandicam can be used to record screen Windows 10 using its powerful recording features. This tool can help you capture your computer screen in just a few clicks with high-quality. You can also use it to record a certain area on your PC screen or record a game that uses OpenGL, DirectX, or Vulkan graphics technologies. Furthermore, it consists of a high-compression ratio screen capture to keep the video quality closer to the original work and provides performance far superior to another screen recorder with similar features. 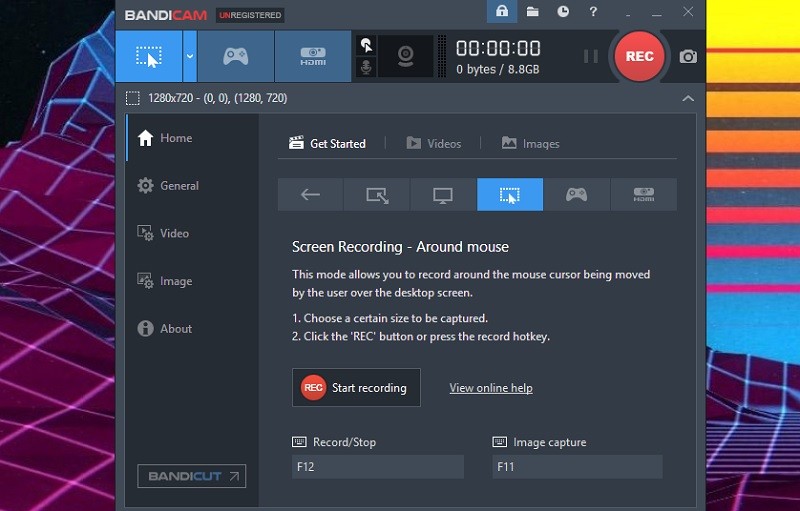 To help you to record desktop Windows 10, you must try to use Filmora Scrn, it can be used to record video walkthroughs, gaming videos, video tutorials, streaming videos, and more. It is one of the versatile programs with a great recording and great editing features such as adding effects to the recorded videos. You can also record from your computer and webcam at the same time without affecting the quality of the video. Plus, you can add images or videos to your main footage like a facecam for gaming. 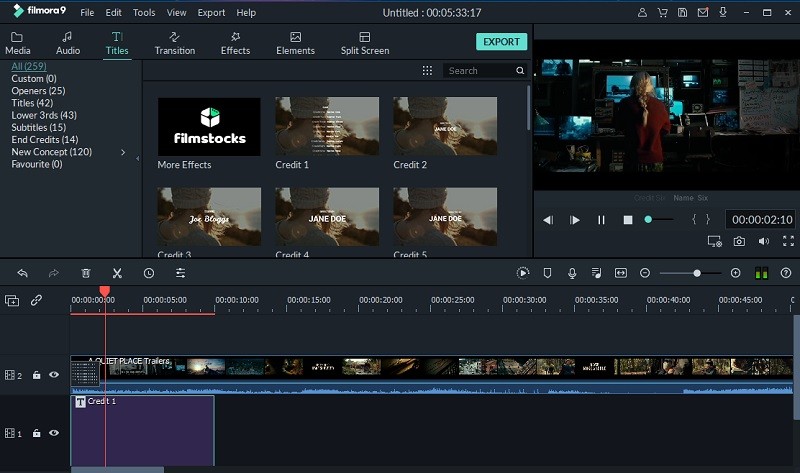 The last tool to record video Windows 10 is Icecream Screen Recorder,. This tool works as capturing desktop gaming sessions, streaming video, or any other on-screen activities and save them to different video file formats such as MP4. This tool also lets you take screenshots of a full-screen or a certain area of it. Aside from that, you have an option to pause, resume, and stop the process at any time, and you can select your desired resolution of the videos if you want to record computer screen Windows 10. 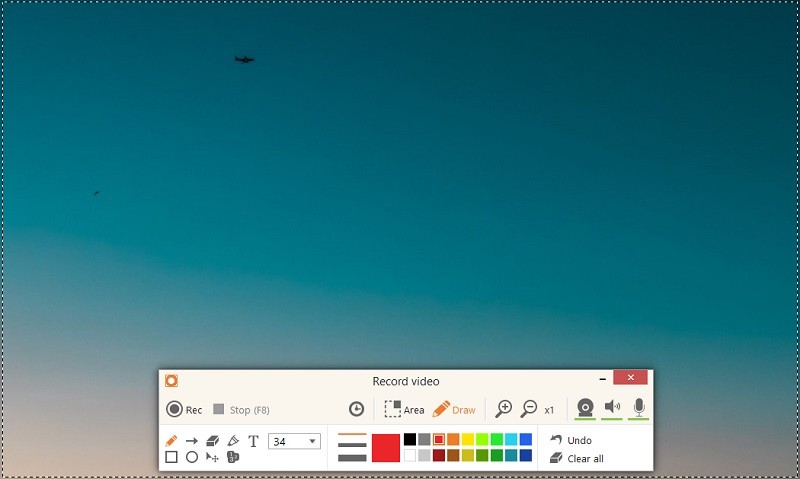 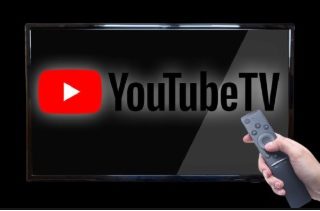 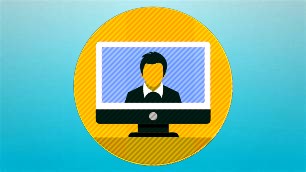