How to Record Live Streaming Video from Any Site 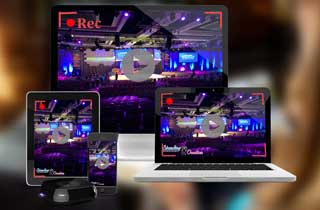 It's a good idea to record your media stream not just for the sake of having a backup but also for future use. Consider all the effort you have put into creating the content, so why would you ignore it and allow it to sink? It's possible to reuse the streams! You may use them on various social media sites to boost your exposure and expand your audience. Let us look at some of the several common reasons broadcasters choose to record YouTube live stream.

The opportunity to reach a bigger audience is perhaps the most significant advantage of using a live stream recorder. This strategy is beneficial when it comes to live events. Only a tiny fraction of your entire potential audience can likely tune in to a live event in real-time due to schedule difficulties and other issues. Given this fact, producing a recording and posting it after the broadcast may easily double your overall viewers. Moreover, recordings help us reach people who don't have a fast enough internet connection to watch the live-streamed events.

An audience may discover so much value in a stream that they come back to re-watch your live stream recording again and again. Because these devoted fans are more likely to tune in to future broadcasts and live events, nurturing ties with them is essential.

One of the most common reasons for streaming video material online is to make money. If you want to optimize your income, recording streams for on-demand replay can assist. As previously stated, the majority of views for any given show will very certainly come after the live event. However, that is only feasible if you make the material available to your audience.

Other great use of your previous recording includes commercials, promo reels, and demonstrations of your past works. Even though the old video footage is worthless in its own right, it might be used as "b-roll" or background shots. Utilize footage from previous live stream to build a compilation that highlights your company's or organization's work during video editing. A quick succession of clips displaying numerous events, presenters, meetings, and other pre-recorded footage may convey a lot of information.

AceThinker Screen Grabber Premium is a robust live streaming recorder since it can record live videos to 1080p quality. This tool allows you to capture in full-screen, regional, webcam, and around the mouse. It also has a unique feature called the "Task Scheduler," which enables you to set a schedule to record a video automatically. It can help you record live stream videos, especially if you are not in front of your computer screen. Besides, you can put annotations on the video like shapes, lines, texts, and arrows to point out the vital part. You can start using this tool by following the steps that we listed below.

Since this tool is available on Windows and Mac, you can refer to one of the "Download" buttons above. Once downloaded, launch it and follow the steps on installing this tool on your computer. After that, open the software to get used to its interface.

Next, click the gear icon at the upper rightmost part of the tool to go to its "Settings." You can select your preferred format, output folder, the color of the cursor, hotkeys, and more. Then, click the "OK" button to apply the changes. 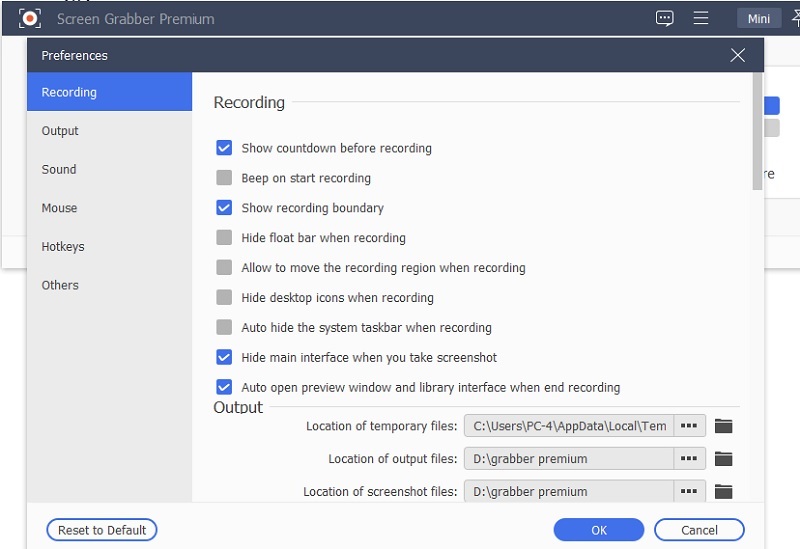 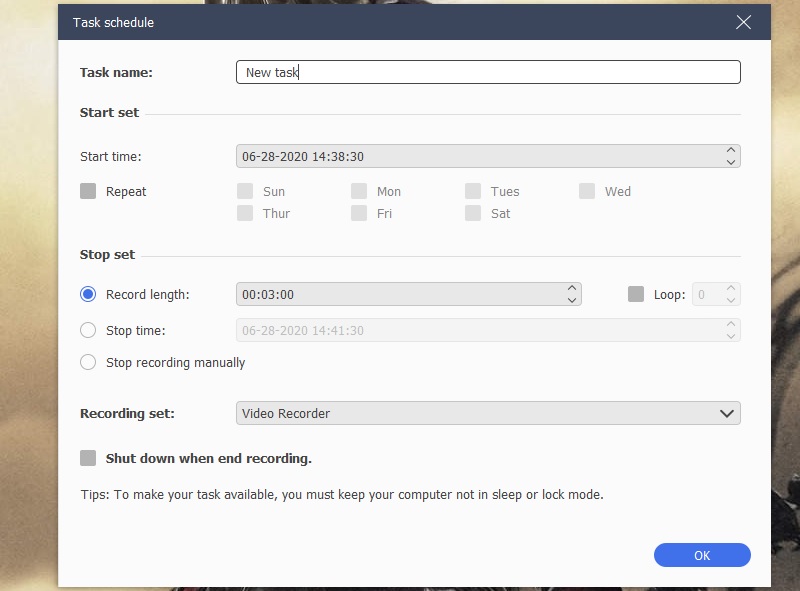 Once done, click the "Stop" button, and the tool will show you a playback window. You can watch the recorded video from there, and you can save it on your computer. In case you are not satisfied with the recording, click the “Re-record” button to start again. 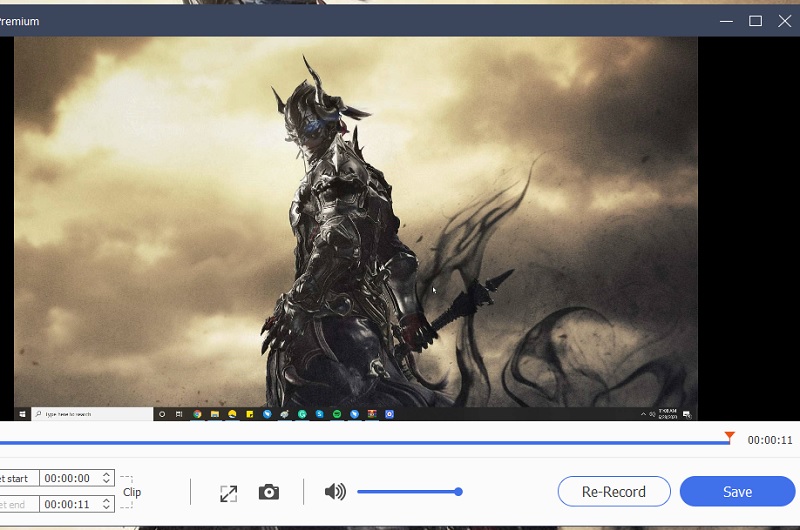 Another AceThinker tool that can record live stream on pc without installing any software on your computer is the Online Screen Recorder. This web-based tool allows you to record any activity on your Windows or Mac screen with one click. Despite being an online tool, it will surely record live stream videos in HD quality like 720p and 1080p. Besides, you have the option to record in full-screen, region mode, and web camera. Aside from that, this online tool can also add annotations like shapes, lines, and arrows on the recording, just like the Screen Grabber Pro, and you can use it for free. To begin using this tool, follow the guidelines below.

Step 1 Go to the website of AceThinker Online Screen Recorder

First, visit the official website of the AceThinker Online Screen Recorder to start using it. From there, click the "Start Recording" button at the middle part of its main page, and it will ask you to install a launcher that would only take a few seconds to do. After that, the tool will show you a floating toolbar that you can use for recording. 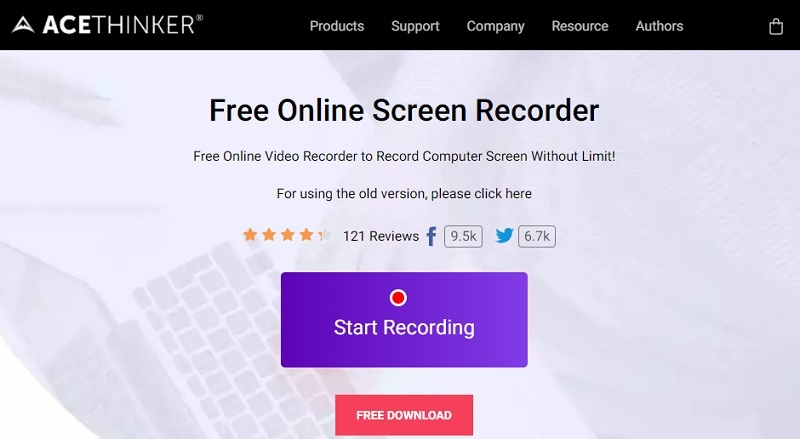 Next, find the live streaming video that you want to download. While streaming, go back to the tool and click the "Record" button at the toolbar's leftmost part. You can click the "Pen" icon to put shapes, lines, arrows, and texts on the video. 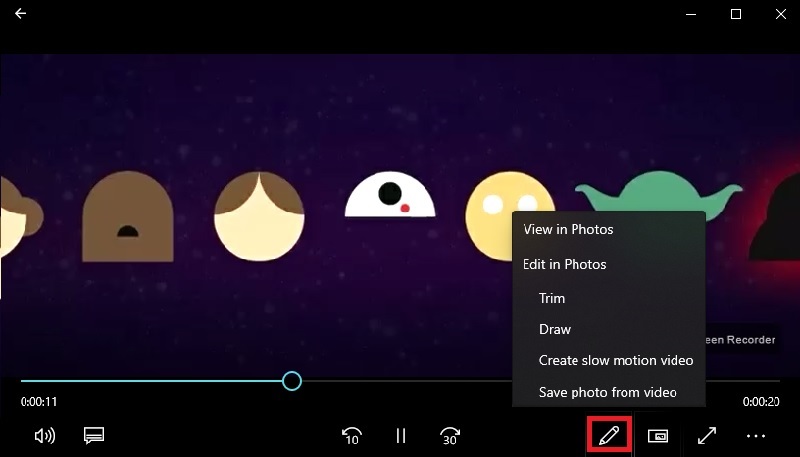 Screencastify is a Chrome browser extension that can record live stream videos quickly. It can also edit videos by doing trim, cut, crop, merge, add annotations, and more. All the videos recorded by this tool are saved to Google Drive automatically. Moreover, this tool is considered a 1080P screen recorder, and it can embed your webcam into the recording. Besides, you can export the video to MP4, MKV, GIF, MP3, and more. Most of the users reviewed this screen recording extension as the most accessible tool to record live stream videos. As you stream a video, it will detect it and make it downloadable for you. For more understanding of how to use this tool, you can check the steps below. 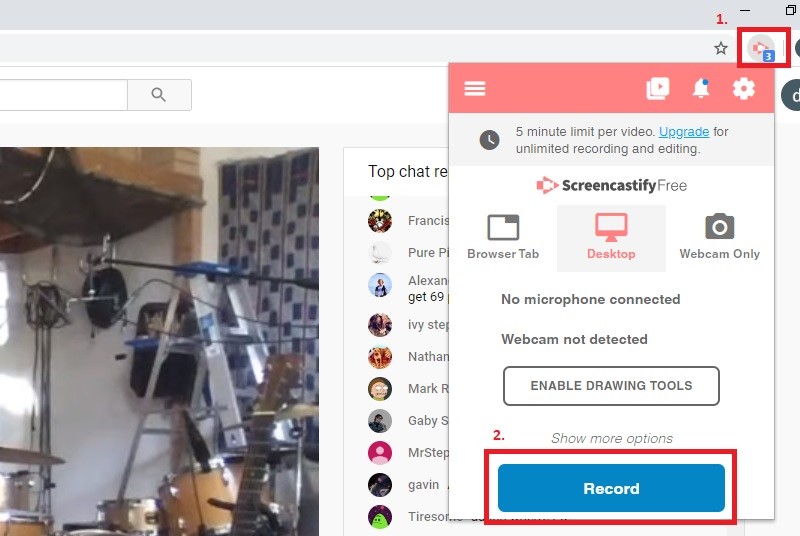 The Default Way to Record Live Stream Videos on Android 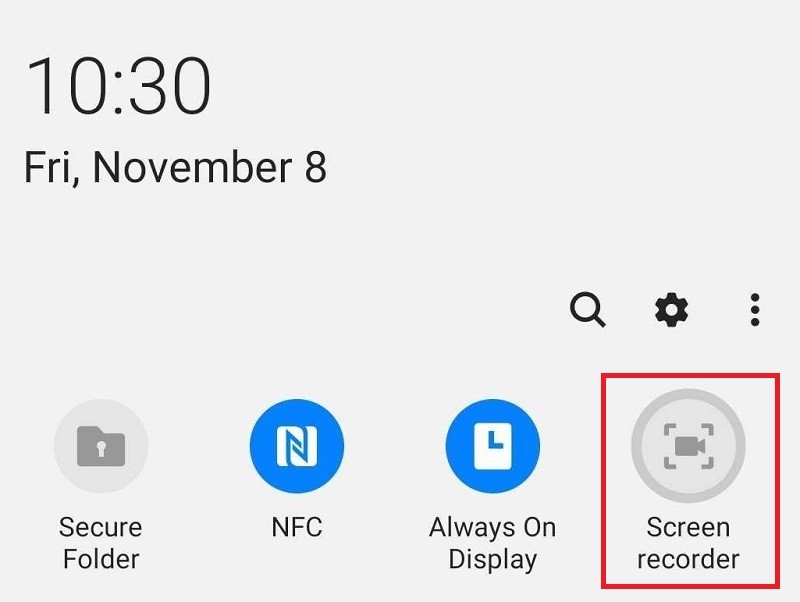 How to Capture Live Video on iOS Devices

We all know that iOS devices can take screenshots easily. But not all users know that iOS phones can do screen recording. It can record your iPhone screen in 1080p resolution and can record in full-screen view. Luckily, it is so easy to do it. As soon as you start recording, you can open different apps or visit a website where you can watch live streaming videos. On that note, it will surely record live streaming videos for you to watch offline. Keep in mind that you need to enable the screen recording feature by adding it to your Control Center to quickly record your phone screen. To do it, keep on reading below to see the steps on how to access it.

1. What is the best streaming video recorder?

AceThinker Screen Grabber Premium can claim the title as the best video recorder. Why? It can record any happenings in your computer screen with audio while preserving it on high-quality output. Moreover, its user interface is so simple that it allows you to do the process within a few clicks.

2. How to record streaming video on Windows 10?

You can use the built-in screen recorder for Windows 10 devices, which is the Game Bar. Here, just press the combination Win+G using your keyboard, and its interface will appear. Hit the "Record" button to start it. Once done, click the "Stop" button to save it on your Windows 10 PC.

3. Is there any way to record streaming TV?

Yes, you can download and install a third-party app like PlayOn to record streaming TV. The app can record all of the episodes in a series.

Yes, it can. On VLC, go to Media, then select Open Network Stream. Paste the network URL, then hit the drop-down menu and select Stream to start. 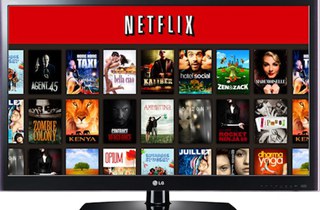 How to Record Netflix Streaming Videos 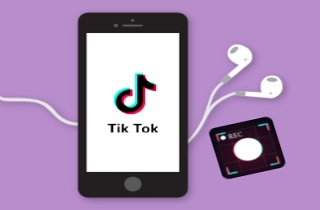