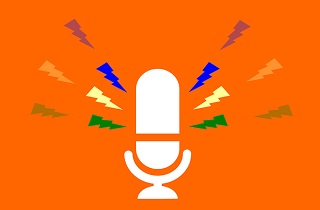 Nowadays, most people use videos to express their ideas and interest to others. However, recording a video without sounds is not complete because sounds will help you make your video look more realistic. If you are trying to record internal audio from different platforms such as Windows, Android, and iOS phones. You will need a third-party recording app to successfully record system sound because they don't have a default audio recorder. As we all know, there are many recording tools we can search online. But some of them are not working properly and are difficult to use. We will provide excellent tools to record internal audio on your Windows, Mac, iOS, and Android devices to solve that problem. Just keep reading.

How to Record Internal Audio on Windows 10/8/7

Suppose you are looking for the best and simplest recorder to record system sound on your Windows. In that case, we recommend you to use the AceThinker Screen Grabber Premium. It is an excellent video and audio recorder that lets you record any sounds on your computer screen or desktop. However, unlike other software that provides a limited output format, it offers beyond what is required, such as MP3, WMA, M4A, and AAC. Therefore, you will not have to worry about playing your output on any device. You can also select your preferred audio quality anywhere between low to lossless. Besides recording audio, you can also record videos and your gameplay on the computer. Moreover, Screen Grabber Premium tops the social sharing feature. YOu can instantly share any of your recordings with your friends through social media sites like Facebook, Twitter, YouTube, and more. Check the detailed steps below to learn how to record audio using this software.

Step 1 Get the Tool and Save on your Computer

Hit the "Download" button we provided above, whichever matches your operating system. Once done, double-click on the program to run and follow the installation guideline to launch the screen recorder on your PC. Afterward, familiarize yourself with the function buttons of the program. 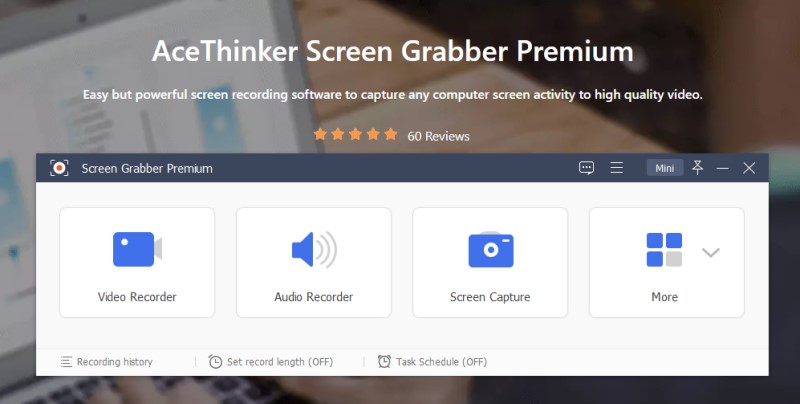 Step 2 Configure the Settings of the Tool

Next, toggle on the "System Sound" and leave the "Microphone" recording off. This way, you would solely record the sound from your device. To commend the tool, hit the "REC" button and wait for the countdown to end. Then, start to play the video or do any computer activity. 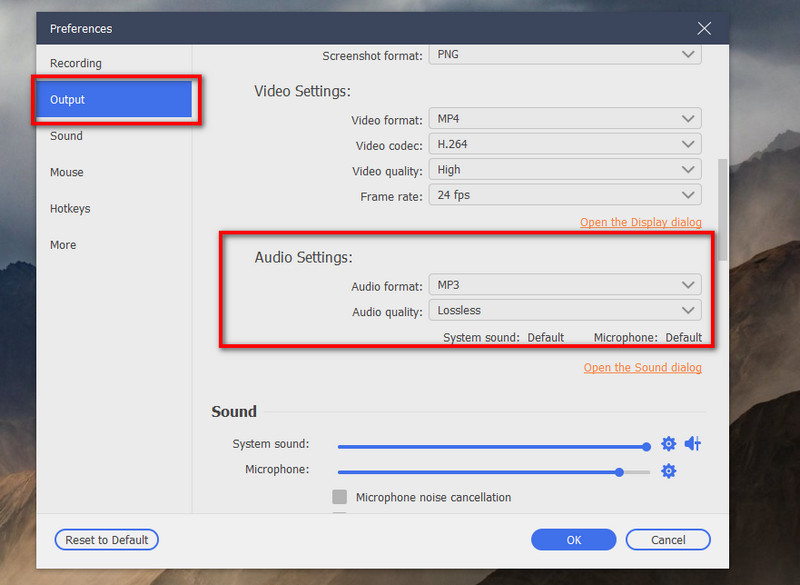 Finally, hit the red button in the floating toolbar when you want to end the recording. Then a preview window will appear showing the recorded audio. You may also trim the length of the file and retain only the necessary parts. Afterward, hit the "Save" button at the interface's lower right part.

Step 4 Listen to the Recorded Audio

Finally, you can play the audio you recorded by clicking the "Red" icon from the floating toolbar. Then a window will appear showing the recorded audio. Here, hit the "Save" button located at the lower right part of the interface to listen to the recorded audio. 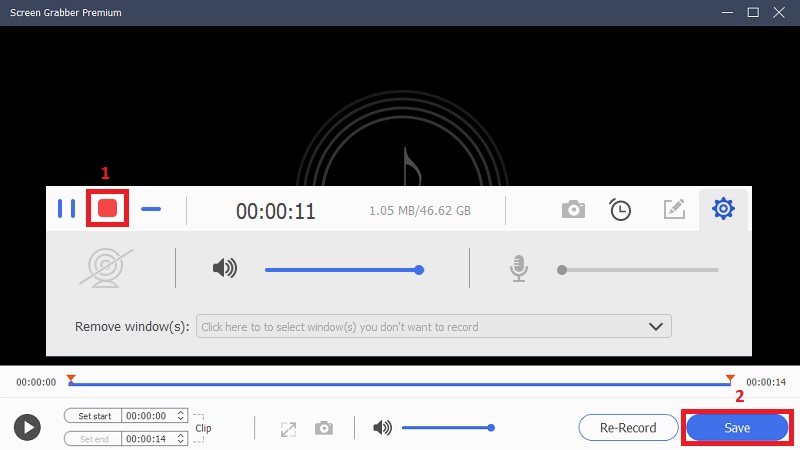 How to Record System Audio on Mac with QuickTime

Of course, there are times that you want to record system audio Mac for creating tutorial videos or hacks. Since the Mac computer has its built-in audio and video recorder called Quicktime. It will be easy for you to record audio on the Mac computer anytime you want. Moreover, you can record internal audio on Mac with high-quality. Aside from recording, you can also use this tool as a movie player, audio player, image viewer, and virtual reality tool. You can also use it to record all the activities on your Mac computer screen and save it to different video file formats such as MP4, AVI, and more. To fully understand how to use this recorder, check the listed steps below. 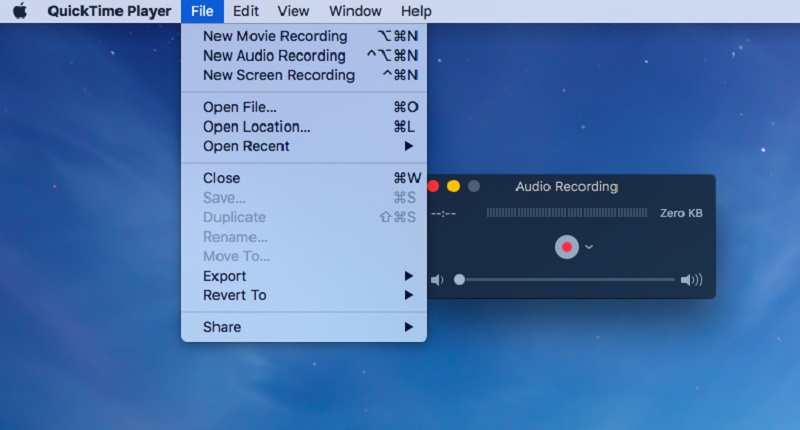 How to Record Internal Audio on Android

In this part, we will show you how to record internal audio on Android. Basically, Android devices don't have a built-in recorder, so you have to use a third-party app to record internal audio. Having that said, we recommend you to use the AZ Screen Recorder It is a high-quality screen recorder that can be used for Android devices that helps you record better and smooth audio. Using its simple user interface, you can easily record several audio and songs from your Android with better quality. Aside from that, it has several features that you can use, including screen capture, screen video recorder, video editor, and a lot more. Here are the easy methods on how to record audio using this app. 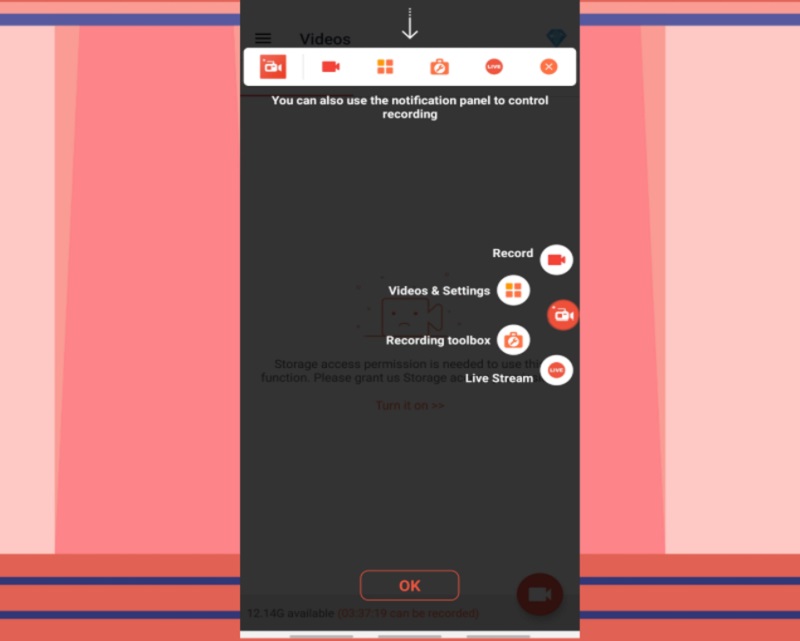 How to Record System Sound on iOS

As we all know, iOS devices have their built-in screen and audio recorder. You can use it to record audio and screen activities on your iPhone devices with ease. Also, it is designed with a simple and easy user to interface wherein you can easily record audio in just a few taps. Furthermore, you can record any type of audio on your iPhone devices and save them with high-quality. You also have an option to edit your recordings directly to your iPhone devices. To record the internal audio iPhone, see the simple steps provided below. 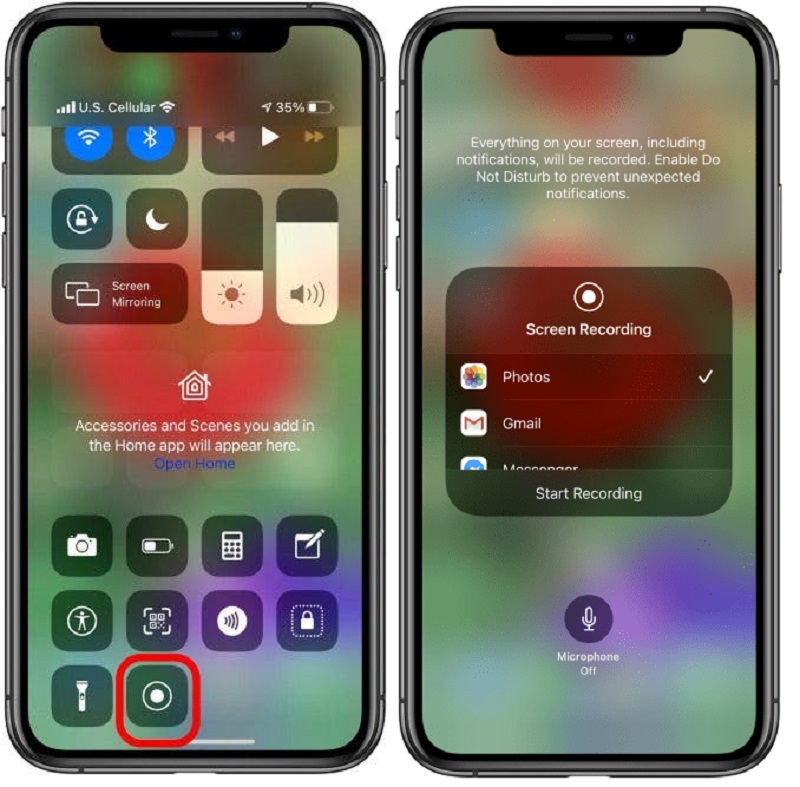 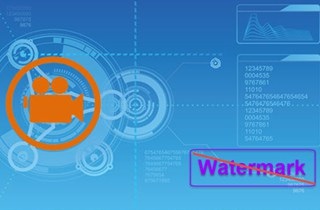 Best 14 Free Screen Recorder Without Watermark for All Platforms 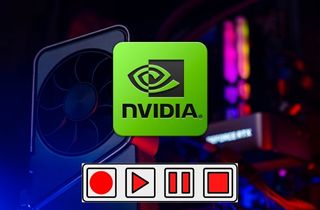 A Walkthrough of NVIDIA Screen Recorder and Its Alternatives