How to Record Discord Calls on Windows, Mac and Linux 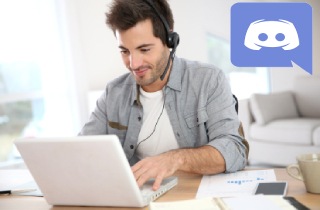 Discord is a voice over IP and messaging platform usually used by gamers and streamers. It is available on both desktop and mobile devices. Discord can also be used as a method of communication between groups of business people with varied interests. Likewise, there are times that you have a conference call meeting with your business partners. Still, you need to record the conference calls as a reference for your discussion. Is this possible? Well, yes! Since Discord doesn't have a built-in recorder, you have to search for a useful screen recorder to record Discord calls. Fortunately, we have tested the best Discord audio recorders you can use below.

Available for: Windows and Mac
Trial Limit: Video and audio trimming is unavailable on its free trial version.

One of the best tools you can use to record Discord audio is the Acethinker Screen Grabber Premium. It is an all-in-one solution that enables you to record all the activities on your computer screen. Even Discord calls with an HD quality for up to 4K if available. Additionally, it can record your computer screen, its audio, and also the microphone sound. This function is essential to make sure to capture the entire conversation in the Discord video call. With this tool's help, you can use it for recording Discord calls because of its built-in screen recorder features. The it can save it with different formats like AAC, OGG, and more. In fact, we provided the detailed steps below for you to follow.

To start, hit a "Download" button provided above to get a copy of the tool's installer. Launch it, then follow the installation guide to install the software on your computer. Once done, open it to access its main interface.

Then, go to the "Menu" option at the upper right corner of the interface, then select "Preferences" to configure it. You can change the video format, output folder, and hotkeys for recording. Once done, click "OK" to save the changes. 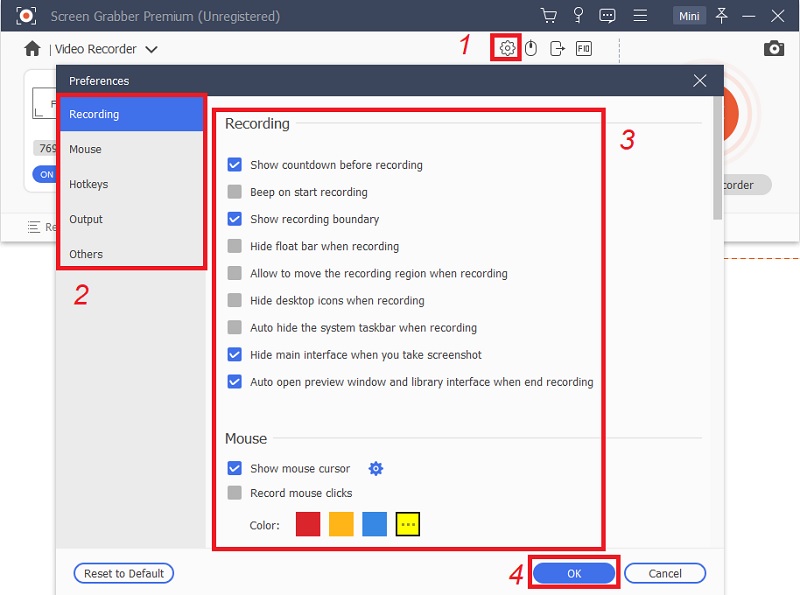 Go to the "Video Recorder" option, and turn on both the "System Sound" and "Microphone." Then, choose the recording you want between full screen or custom. After that, hit the REC button to start the Discord call recording. 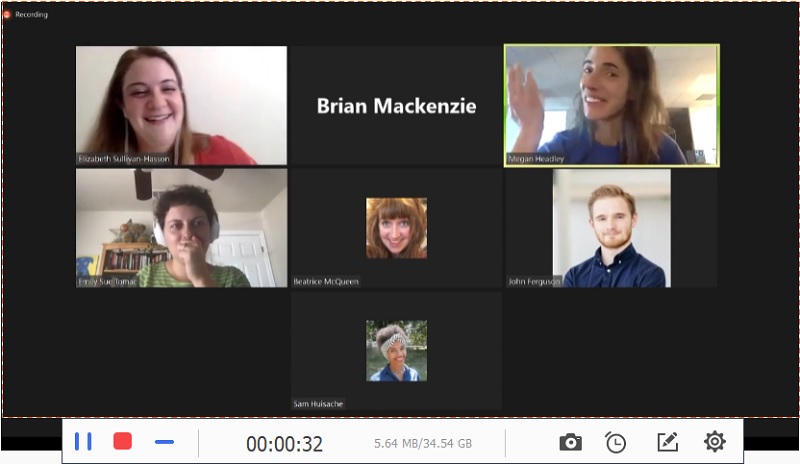 Once done recording, click the "Stop" button at the left part of the floating toolbar and automatically bring you to its preview window. Hit "Save" to keep a copy, and you'll transfer to the recording history. From here, right-click the file name, then select "Play" to watch the Discord voice recorder. 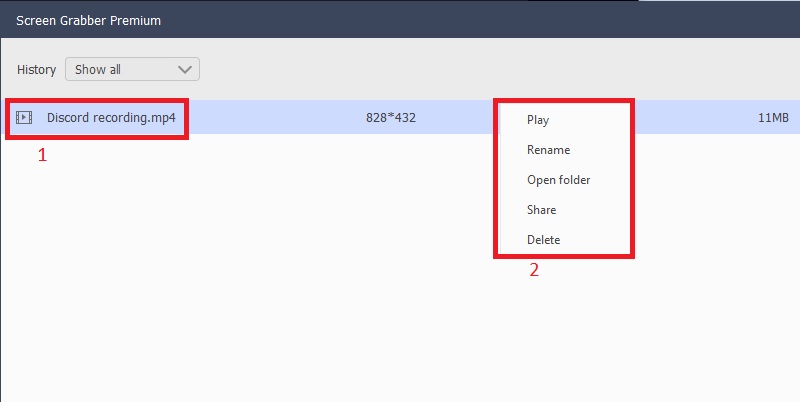 How to Record Discord Conversation with Audacity

Available for: Windows, Mac, and Linux
Trial Limit: None

The next Discord audio recorder on our list is Audacity. This platform allows you to record audio from your computer, mixer, microphone, or other media recorded by other software. Since this is an open-source audio editor and recording application, you can use it to record many audios. You can also record anytime you want without worrying about the limitation. With its audio recorder, you can record Discord conversations by exporting them into different formats such as WAV, FLAC, WAV, OGG, and more. To use this tool, read the simple instructions below.

How to Capture a Discord Chat with OBS

Available for: Windows, Mac, and Linux
Trial Limit: None

Are you trying to record Discord voice chat? Then your problem will be solved with the help of Open Broadcaster Software. It is a free, cross-platform, and open-source screen recorder that can capture Discord chat in just one click. In fact, this tool is usually used for recording games. Still, you can also use it to capture Discord chat because it has audio and video capture features. Also, it includes valuable features such as video filters, audio mixers, and more. With that, we listed below the steps on how you can use this tool correctly. 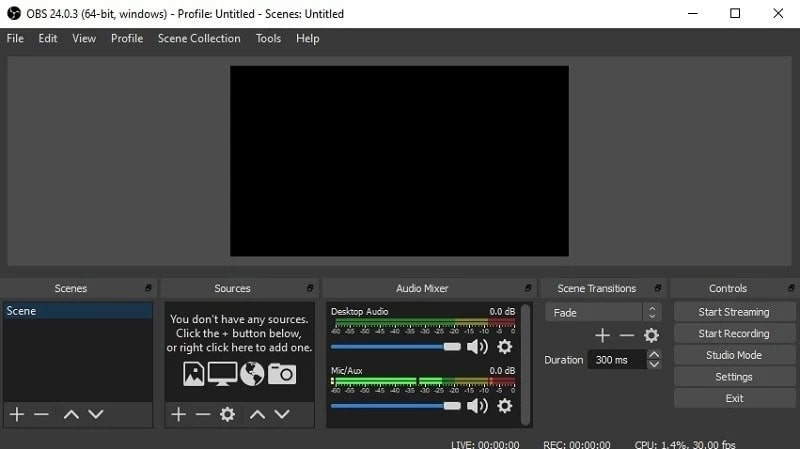 Available for: Android and iPhone
Trial Limit: None

Suppose you do not use a PC when doing discord calls and only want to record using your mobile devices. In that case, a reliable mobile screen recorder is a suitable solution for you. AZ Screen Recorder enables users to record video and audio files from discord. Additionally, it allows users to save recorded discord calls in many formats. These formats include WMA, MP4, MP3, MOV, WAV, and more. Aside from that, it has a valuable function. We all know that most discord users utilize this platform to make calls while using mobile games, and this tool can record the call and the gameplay as well. This feature is helpful and convenient for content creators who need to record calls and gameplay simultaneously. 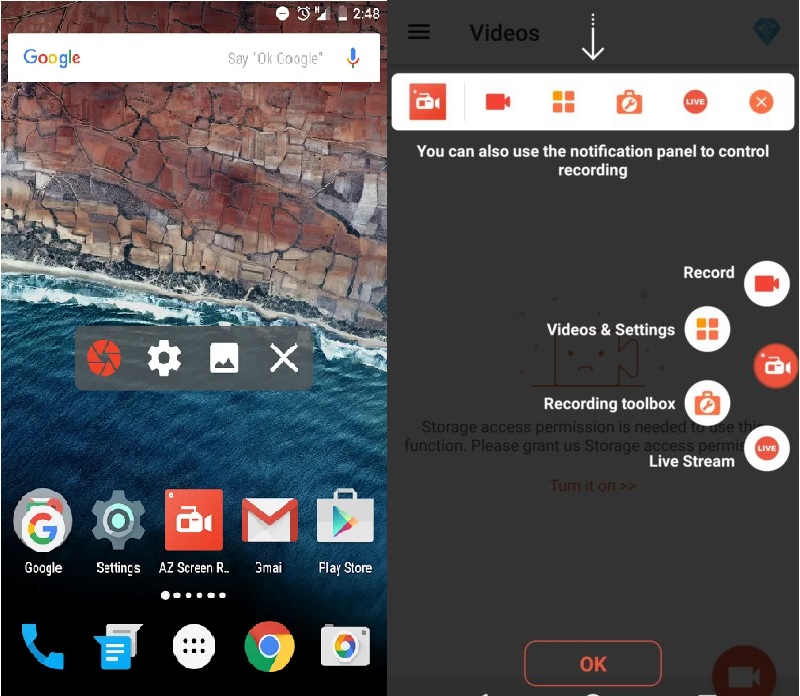 1. Can someone record a Discord call?

2. Can you record Discord calls without permission?

Yes, even though the calls made through Discord are encrypted end-to-end, you can record the call without permission by using third-party apps. However, it is recommended to still ask for one since it is illegal to record a phone call without their permission. 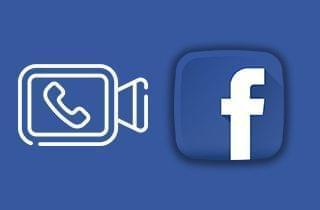 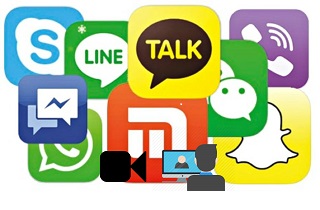 How to Record Video Chat