How to Record Screen with Fraps 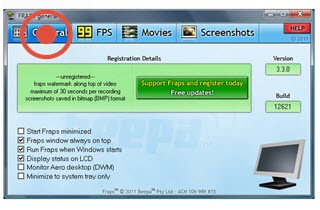 Fraps is a Windows application that helps you to capture your computer desktop easily. You can also record all the activities on your computer desktop. Game enthusiasts use it to record their gameplay action to share it with their friends and families. As of now, Fraps recording only supports games that use OpenGL and DirectX graphics technology. Fraps record desktop application is widely used by many to capture screens to create presentations, record videos of their product to create product demos, and create instructional videos and user guides. Videos captured by Fraps have outstanding clarity and comes as high definition videos. Here we will show you the main features of Fraps and how to record desktop with Fraps.

What Can Frap Screen Recorder Do for You?

You can use Fraps to record desktop to either capture screenshots of your game or record the whole gameplay video to be shared among friends. With the free version, Fraps record Windows 10 only saves your captured screenshots as BMP files, and if you think of uploading or sharing it on social media channels, it is better to convert into more suitable formats like JPEG or GIF. Fraps desktop software can be used in many ways, including:

Fraps capture tool can also be used as a benchmarking software to identify how many frames per second between two points of a video. The FPS will be displayed on the corner of the screen. With Fraps recorder, you can also perform custom benchmarks. These details can be saved to the computer to be used later for reviews.

Fraps is commonly used for capturing screens from your computer desktop. You can capture the screen with just a click of a button. All your captured screenshots are stored in your computer disk automatically and time-stamped.

Fraps can also be used as a real-time video capture software that helps you to record all the activities happening in your computer desktop if you want to record your gameplay while you are playing your favorite game to analyze your performance and where you make certain mistakes or why can't reach the next level or to plan a strategy etc. Fraps Windows 10 recorder is your go-to software to record all your gaming activities with ease. With Fraps, you can capture videos up to 7680x4800 with custom frame rates from 1 to 120 frames per second!

How to Record Desktop with Fraps

Go to the official website of Fraps to download the installer of the tool. After that, launch the installer on the PC, and the main interface will appear automatically. 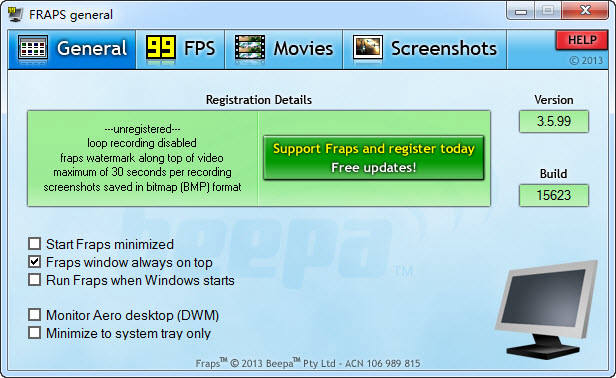 From the main interface of Fraps, set the recording options by clicking the "99FPS" tab. From here, you can identify the output file location of the recorded video. Also, this is where the "Benchmarking Hotkey" and "Overlay Hotkey" can be changed. 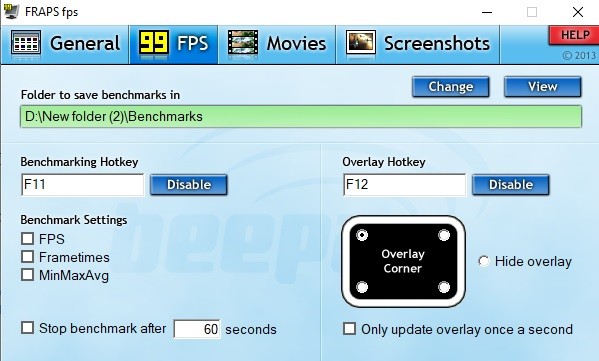 Next, go to the "Movies" tab and set the "Video Capture Hotkey" and other recording options, including the FPS. Next, set the audio source if you want to "Record Win10 sound" or "Record external input" like a microphone. 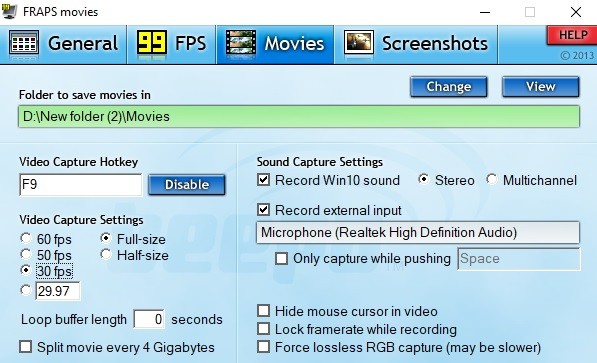 After that, minimize Fraps to the taskbar then, launch your game. The FPS will appear on the app window's left-side corner, signaling that Fraps is ready to record it anytime. Start recording by pressing the F9 key, which is the default hotkey. 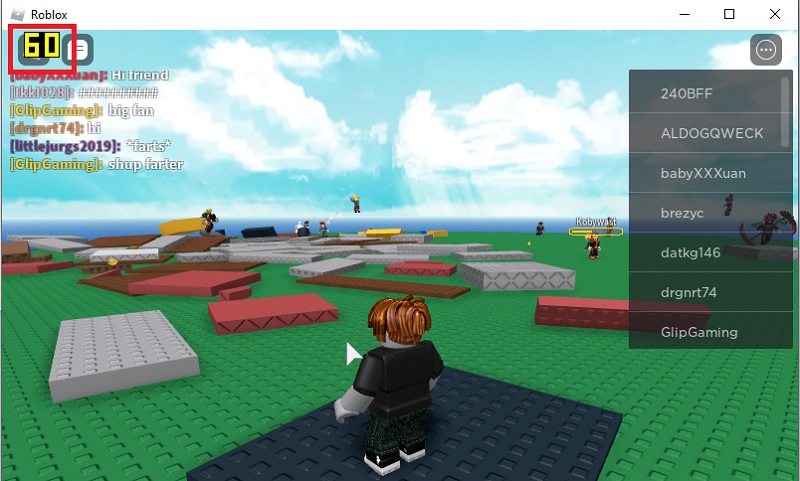 The screen recording will begin shortly after that, and then do the screen activity to record. Once done, end the recording by pressing the F9 key again. This will save the video to the folder set by the tool. Open the output folder, then play the Fraps recording. 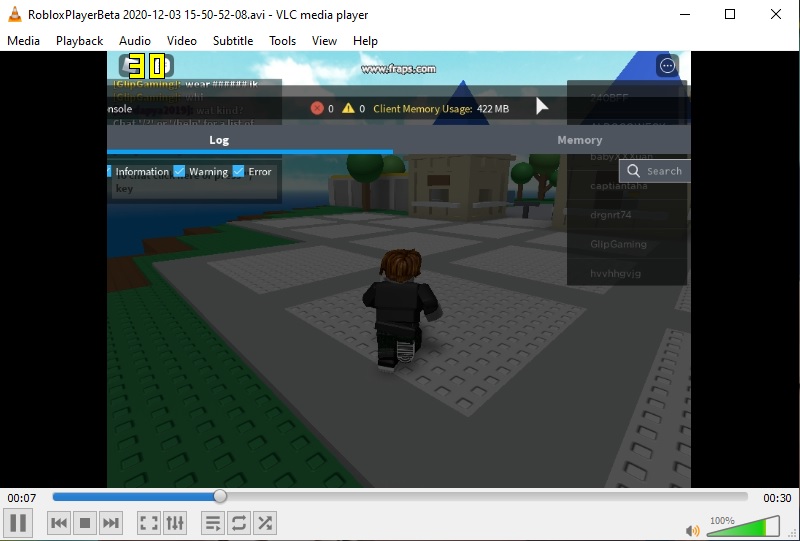 There are times that the Fraps is not working or it can’t record videos or activities on your computer. With that, we will introduce an alternative that you can use called the Acethinker Screen Grabber Premium. This tool is similar to Fraps wherein you can record all the activities on your computer screen as well as the audio. Plus, it can be utilized on both Windows and Mac computers. Aside from that, it supports many file formats to choose from such as WMV, MP4, MOV, AVI, and a lot more. To fully understand how to completely use this tool, follow the detailed steps written below.

Step 1 Download and Install the tool on your Computer

Before starting to use this tool, install it first on your computer by clicking one of the “Download” buttons provided above. Launch the installation wizard and follow it to install on your computer. Open it to get familiarized with the tool.

From here, you can change the recording settings of the tool by clicking on the “three-lines” located at the upper right corner of the tool then select “preferences”. You can see all the settings here and customize it according to your choice. 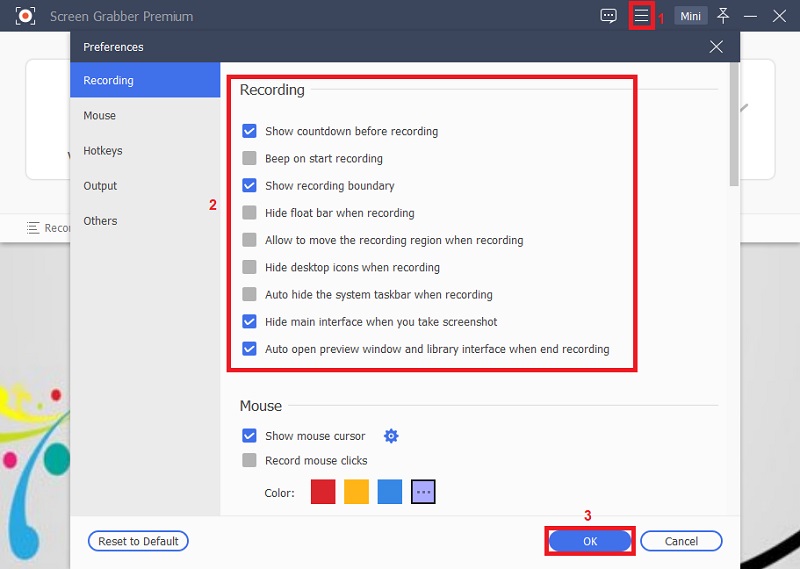 To start, click the “Video Recorder” option from the interface then choose your desired display screen by clicking on the “Custom” option. Also, make sure that the “System Sound” and “Microphone” are turned on. After that, hit the “Rec” button and a countdown will start, after that, it will automatically record the screen.

Once done recording, hit the Red button from the floating toolbar to stop recording. Then, a window will appear. Hit the “Save” button located at the lower right corner of the interface to save the downloaded video on your computer.

As you can see, you can record your computer desktop with just a click of a button or capture screenshots with Fraps record in just seconds. I hope this user guide will help you answer all the questions regarding how to record desktop with Fraps. If Fraps can't satisfy all your recording needs, you can also use AceThinker Screen Grabber Premium as an alternative option to record your computer screen. If you have any comments or suggestions about this user guide on how to record with Fraps, please email us as we always love to hear your feedback and will respond to you at the earliest. 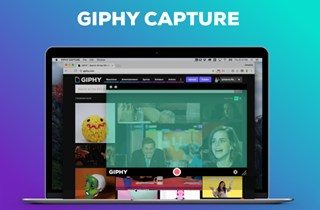 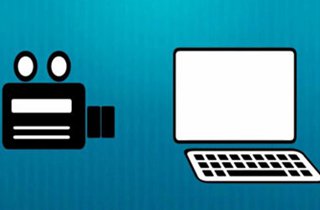