Screen Recording is a process of capturing screen activity with or without system sound. It is a prevalent technique nowadays due to the development of video-sharing platforms, high graphic games, and more. With this function, users can do a lot by recording what they have on their PCs and showing it to the people in need. One of the well-distinguished screen capturing tools is the Nvidia record screen tool. This software was developed by an American Multinational Technology Company - Nvidia Corporation. It is utilized mainly by game enthusiasts to broadcast and capture their gameplay videos. However, due to the complexity of the tool, some users miss some of its notable features that are useful for capturing better video output. Therefore, this article provides an extensive review of the features and limitations that Nvidia has on its system. Read the article thoroughly as we unravel its functionalities.

Nvidia Screen Recorder or GeForce Experience Screen Recorder is a hardware-accelerated screen capturing. It can both broadcast and record-high graphic tasks that are perfect for capturing gameplay videos. It uses two capturing modes - Inband Frame Readback (NVIFR) and FrameBuffer Capture (NVBFC). NVIFR mode enables users to capture a single window instead of the entire frame buffer. This function does not negatively affect the performance. NVBFC, on the other hand, can capture in full-screen mode. This tool allows users to continually capture the last five minutes of their gameplay in a nonpermanent location. Moreover, this recording tool has different variations and versions available for its patrons. See the table below to look for the versions of this computer software with their corresponding prices.

How to Use Nvidia Screen Recorder to Record Desktop

Nvidia GeForce Screen Recorder is a bit more complicated PC utility. It is also not too overwhelmingly too technical for new users to utilize due to its not-so-user-friendly interface. Thus, this part provided the most comprehensive and non-technical walkthroughs that can help users.

he first thing that you have to do is to download the Nvidia Screen Recorder on your computer. Run its installer on your device, and it will bring you to its privacy and policy tab. Hit the Agree and Install button to enthrone the software on your device thoroughly. Once done, create an account or register an email for you to utilize its functions fully. 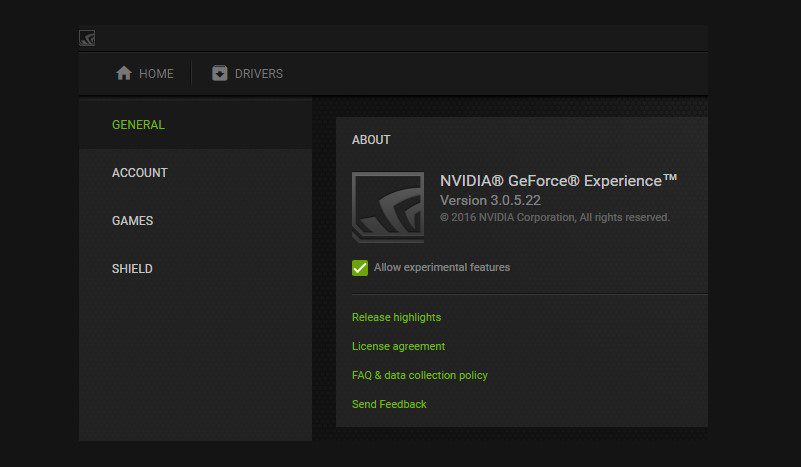 Then on the main menu, the tool will provide you with different screen capturing features. This feature includes Screenshots, Photo mode, Game filter, and others. At the center part of the main menu, there is the Record option, hover over your mouse on this option, and it will provide you a dropdown. Select the Settings icon from the dropdown list to make way to the recording settings. Then, a new window will appear to provide you with different parameters that will enhance your recording output. These parameters are resolution, frame rate, bit rate, and the length of the instant replay function. Hit the Save button to finalize the modification. 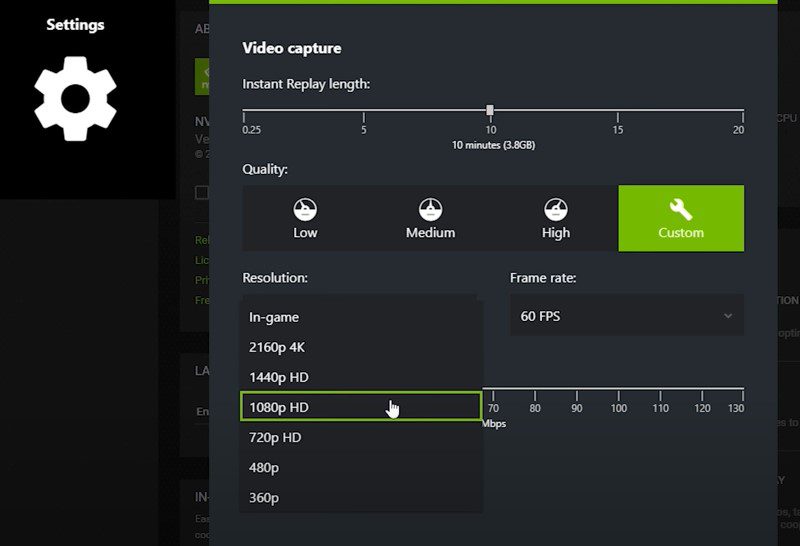 After you have modified the setting, you will automatically be redirected to the Recording menu. Select the Start button to instigate the process. Move around your mouse and place it on the Record button. Then, do any activity such as play video games, stream videos, or watch a movie to associate it with your recording output. To terminate the recording process, go back to the Recording menu and hit the Stop and Save Button from the dropdown list. 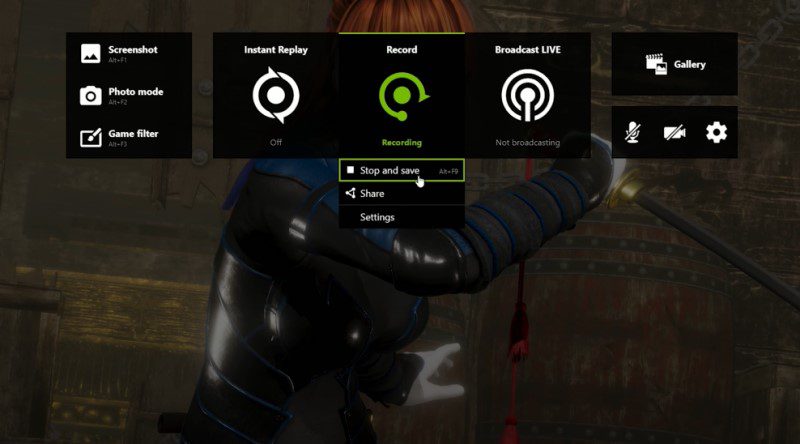 Lastly, once the recording process has been stopped, go to the Gallery tab located at the rightmost part of the recording menu. Then, select the Open File Location to locate your output file. Double click it to preview and play it. To re-record your screen activity, follow the steps mentioned above.

Limits of Nvidia Screen Recorder and Its Best Alternative

Distinctive Feature: It is designed with a task scheduler to capture screen activity in a predetermined time.
Supported Platforms: Windows 10, Windows 8.1, Windows 8, and Windows 7; Mac OS X 10.10 and above (including macOS Catalina and macOS Mojave).

Even though the Nvidia Game Recorder is one of the notable computer utilities to capture screen activity, it still has its fallback. Some of its stumbling blocks are distorted aspect ratio, video stuttering, and others that are too technical to resolve. Thus, we recommend utilizing an alternative tool with functionality like Nvidia. But with no recording issue at all, which is AceThinker Screen Grabber Premium. This tool is purposely designed computer software intended to record live streaming video. And with high graphic screen activity without experiencing any negative concerns. It is furnished with a high multicore processor that provides smooth recording processes. Also, it can record limitless screen activity without relying on an external card that the Shadowplay recorder still uses. Moreover, it is much more affordable than Nvidia, but it can compete with its advanced recording processes. See the pricing plans of the tool, which are organized in the table below.

Below are the steps on how to record using AceThinker Screen Grabber Premium.

The first guide you need to perform is installing the AceThinker Screen Grabber Premium on your device. Tick any download button below to acquire its installer. Run and finish through its installation prompts. Afterward, launch the tool and get familiarized with its processes.

Next, on the system interface, hit the Video Recorder to make way with its recording parameters. You can choose your recording aspect ratio, audio input, and more before initiating the process. Once all set and done, tap the REC button to instigate the recording. Then, a recording menu will appear to provide you with a pause and play button, text and shape annotation, and a stop button. Then, hit the Stop button to conclude the recording process. 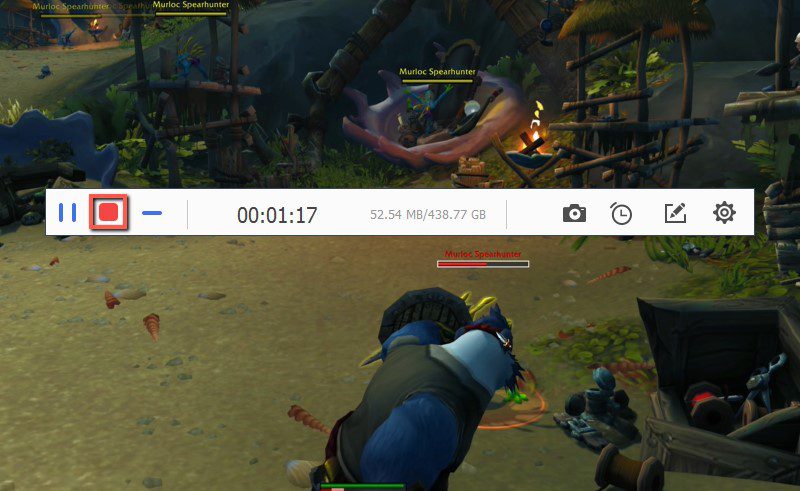 For the finale, once the recording process has been concluded. A built-in media player will appear and enables you to play and preview the recorded file. After that, you can hit the Save button to store the file you have captured. You can also locate your file by accessing the output folder of the software. To record again using Screen Grabber Premium, utilize the method mentioned above. 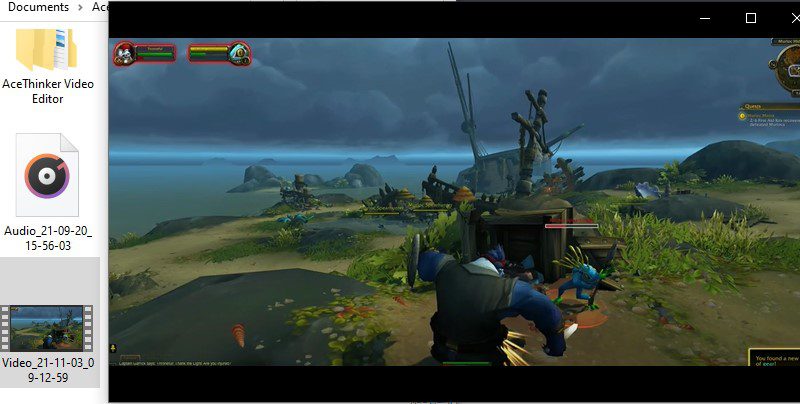 With the latest video games and creative applications being released this 2021. The PC memory and storage are a bit compromised when we run these tools simultaneously. Nvidia drivers are accustomed to being compatible with these latest creative activities. This HD screen recorder has two drivers that are custom-tailored with specific patrons or users. Suppose you are a gamer, prioritizing high graphic gameplays with large patches and downloadable content (DLC). The effective way to solve this is to utilize the Game Ready Driver. This drive will allow you to play video games with a smooth and clean experience. Nevertheless, suppose you are a content creator that prioritizes video editing. If you are into animation, photography, graphic design, or live streaming, choose Studio Drivers. Do a little bit both? Worry not. Nvidia drivers support running both video games and creative applications. 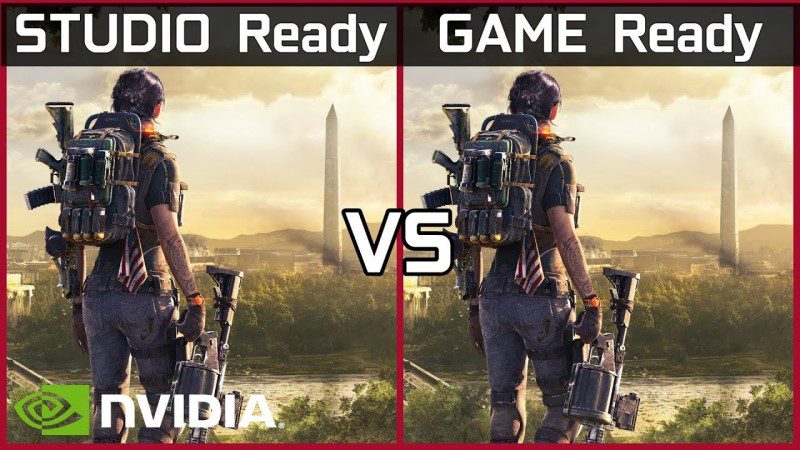 We reviewed the GeForce Experience screen recorder, how to obtain it and how to record using the GeForce screen recorder. Also, the other significant capabilities of the program in the previous post. We also spoke about how the tool might be ineffective at times, leaving you with few options when it comes to screen recording. AceThinker Screen Grabber Premium is the most excellent answer for all concerns in such perilous scenarios. The tool's user-friendly UI makes it simple for users to learn and use its many capabilities. For gaming recording, we highly suggest AceThinker Screen Grabber Premium. 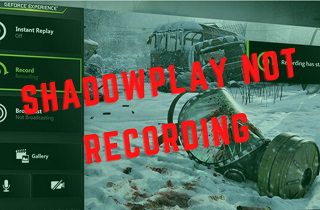 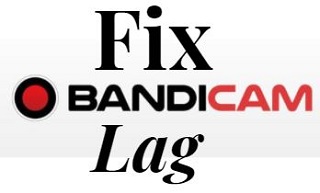 5 Ways and Best Alternative to Fix Bandicam Lag When Recording