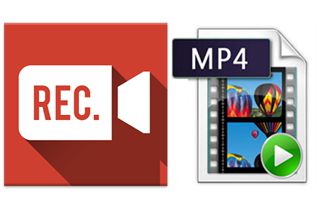 Screen recorders are used to capture the activities you do on your desktop screen. It is often utilized to make tutorial videos, record gameplays, document video conferences, and even record videos from different streaming platforms. Most of the time, the best format to save your output is in the MP4 file. It is because the MPEG-4 Video file is one of the most standard video formats, as it is widely supported by several video players installed on almost any device. Moreover, I have tried and tested the best MP4 recorders for all platforms. Here is the list of the MP4 recorder that you can try as well.

AceThinker Screen Grabber Premium is one of the best screen recording software that you can use to save videos in MP4 format. You can record in full-screen, region mode, and webcam with this tool. Besides, it can include the system sound, microphone, or both when recording. Moreover, you can put annotations like shapes, lines, arrows, and texts while recording. It is great when making a video tutorial or product demo because you can put narrations in it. To start using its free version, you can follow the steps below.

Step 1 Install the MP4 recorder on your computer

You can start by clicking one of the "Download" buttons above to download the tool. Then, launch it and follow the installation wizard to install the tool on your computer. Once done, open the app to get familiarized with it. Next, click the "Menu" button at the upper rightmost part of the tool and select "Settings." You can change the output folder, video and audio format, framerate, hotkeys, and more. Then, click the "OK" button to save the settings. 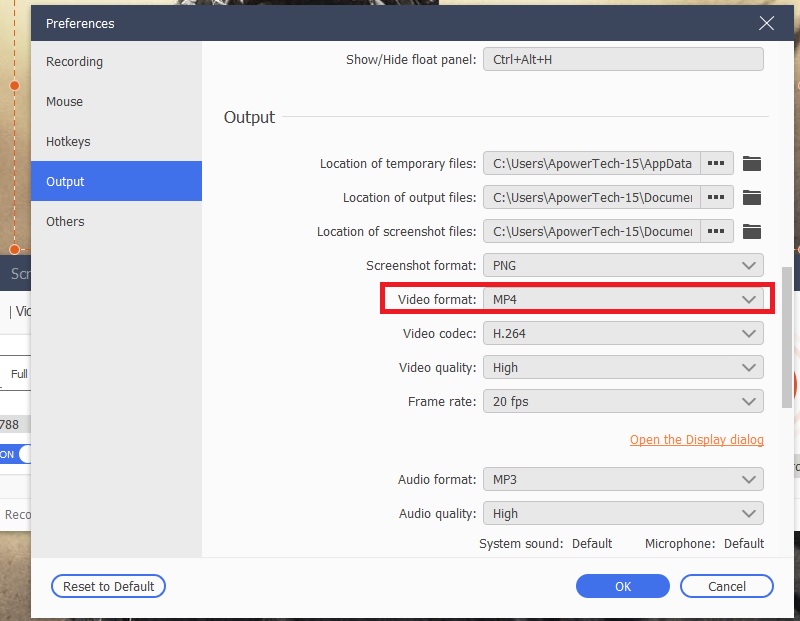 Step 2 Begin the recording on your pc

Now you are set, choose if you are going to record full-screen or region mode at the leftmost part of the toolbar. Then, click the "REC" button to start recording. It will show you a floating toolbar where you can control the recording process. From there, click the "Pen" icon to put arrows, shapes, lines, and texts while recording. 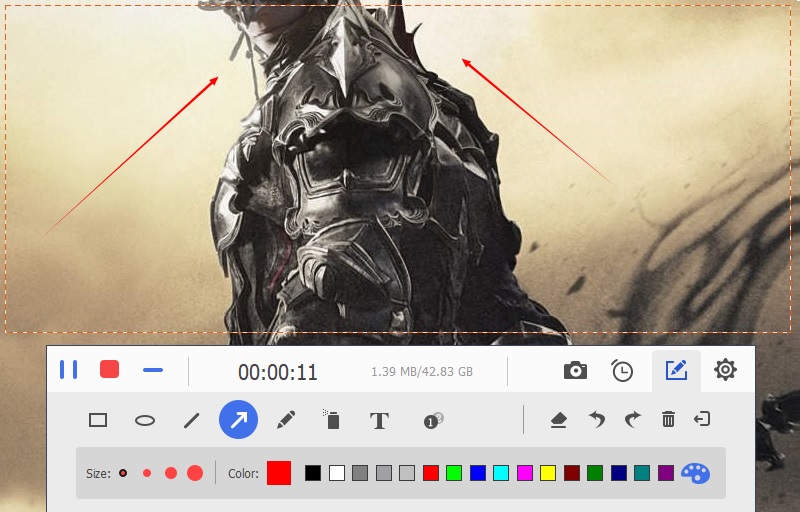 Once done, click the "Stop" button at the leftmost part of the toolbar to end the recording process. It will show you a video playback where you can watch the video. You can also save the video from there or re-record if you want to start again. 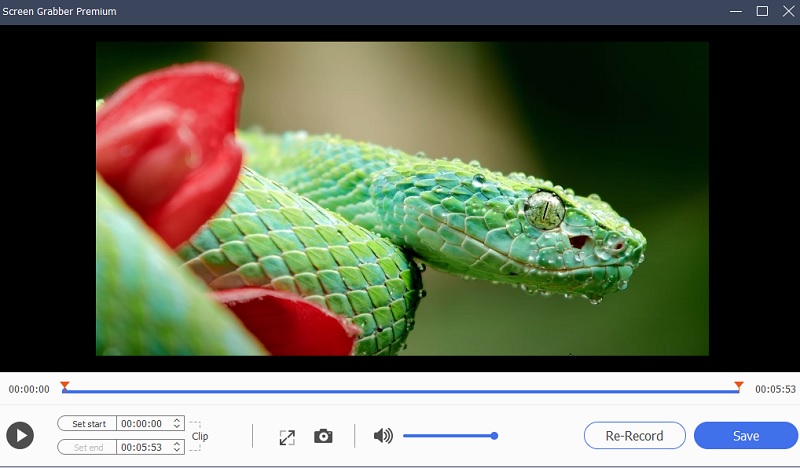 OBS Studio is another excellent MP4 video recorder, which is also available for Windows and Mac computers. It is a popular software for gamers as it has advanced buttons for screencasting, like adding screen transitions to make your file more creative. With OBS Studio, you can immediately save the captured screencast in MP4 format by setting it up on the "Recording format," which is located on the Output settings, and you can use this screen recorder free anytime you want. Moreover, when it comes to video quality, you can get the same resolution on the streaming site you visited for recording, or you can pick the "High Quality" from the list, depending on what you like using its free version. 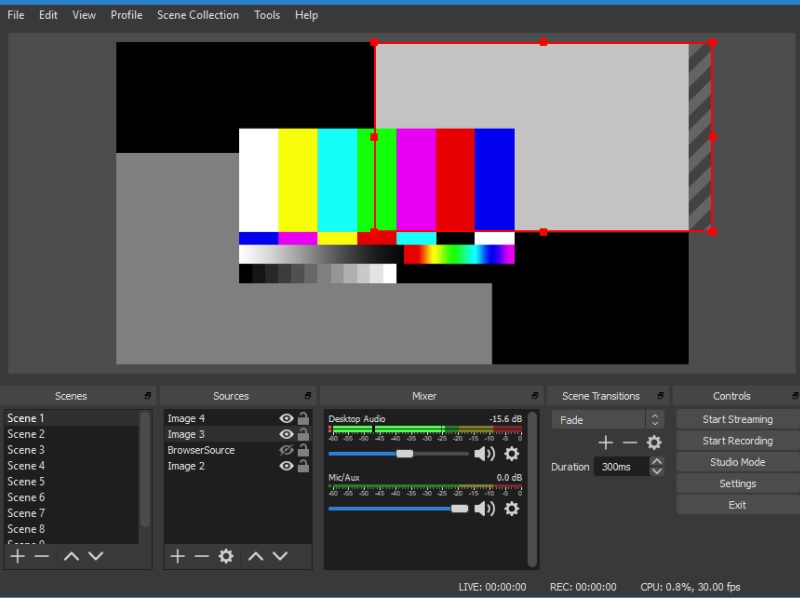 Next, screen recording software, called AceThinker Free Screen Recorder Online.This screen recorder online lets you create videos by recording your desktop screen, opened windows, streaming sites, and storing it as MP4 files. It is also commonly used to capture desktop screen movements along with the audio input from the microphone, system sound, or both. Through AceThinker Free Screen Recorder Online, you can capture videos from various streaming sites with no recording time limit. Meanwhile, its toolbar and buttons are designed uncomplicatedly and easily understandable.

First, hit the link given above to visit AceThinker Free Screen Recorder Online. Next, access the recording toolbar by clicking the "Start Recording" button. Then, choose among the "System Sound," "Microphone," or both for your audio source from the drop-down menu. After that, set up the screen by clicking the "Fullscreen" icon to record your desktop's whole screen or change the screen size using the "Region drop-down." 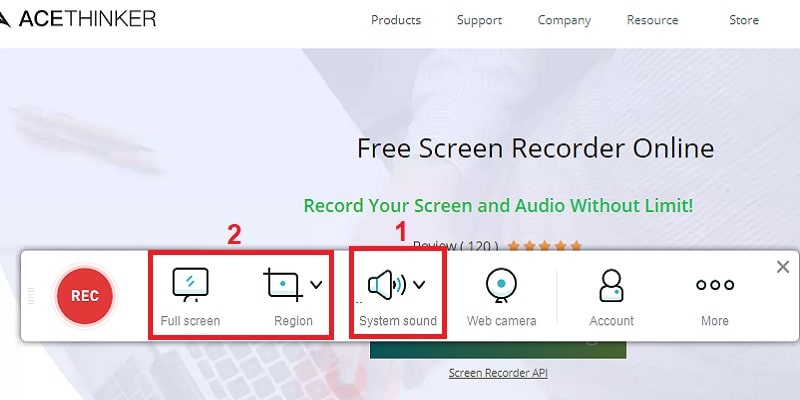 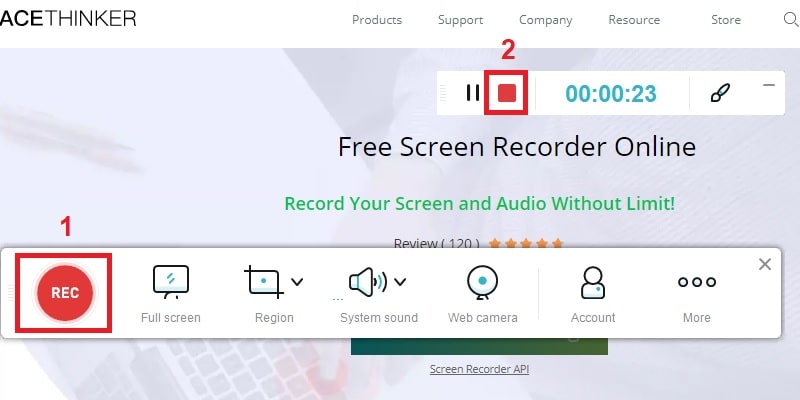 After that, click the "Save" icon at the lower leftmost part of the playback window to save the output to your hard drive immediately. Then, hit the "Save as Video File" to select a folder from your device. After that, open the output folder you selected to see the video file. From here, double-click on the file to start playing it. 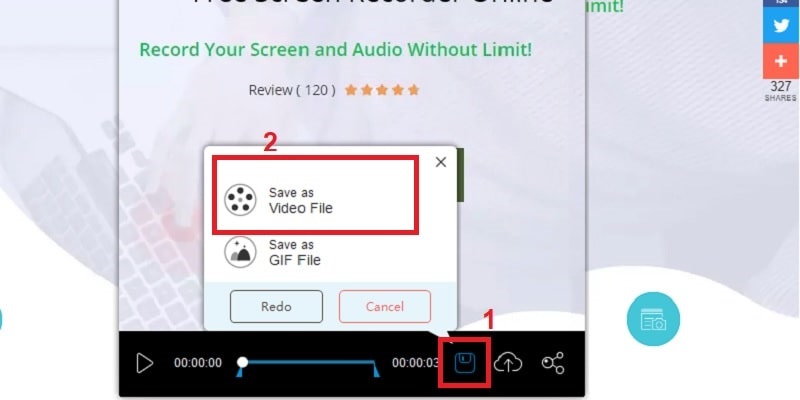 Screencastify is a Chrome screen recorder MP4. Unlike the solutions mentioned above, Screencastify is an add-on and a screen recording software with excellent features for screencasting. The best thing about this solution is that it can be accessible even if you're not connected to any source of internet. To do that, you need to add the extension first on your Chrome to access Screencastify. After that, you can use its full features, like capturing the whole screen of your computer, or if you only want to record your webcam, Screencastify can do it, too. Aside from that, your outputs can be exported as an MP4 file, which is one of the most recognizable video formats for media players. 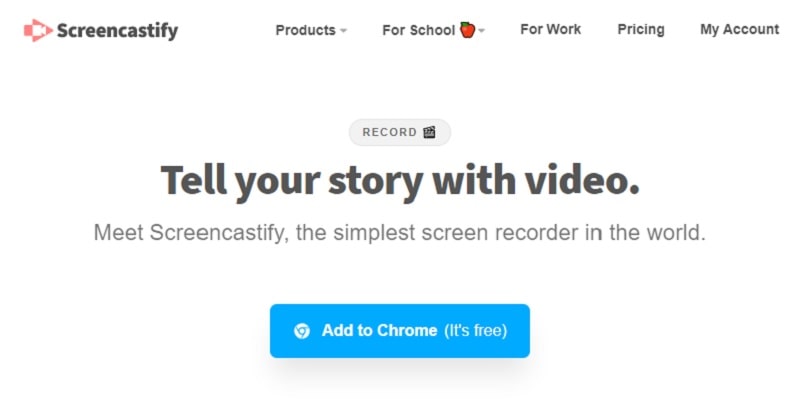 Mobizen Screen Recorder is an Android free MP4 recorder which is available on Google Play Store.It is used to create videos using its video editing and your screencast outputs and save them in MP4 format. Aside from that, it lets you edit the recorded file you did on your Android smartphone, like trimming or cutting. Moreover, the highest quality supported by Mobizen Screen Recorder is for up to 1080p resolution, meaning you can watch your videos in high definition. Meanwhile, its straightforward buttons help users to navigate the screen recorder app easily.

Lastly, another MP4 screen recoder for iOS is the Record It app. It can be installed to capture videos or activities you do on the screen of your iOS device. Also, to enhance the output of Record It, you can include video reactions with audio commentary. Plus, you can heighten it more by adding video filters using its video editing functions. Meanwhile, the best thing about it, too, is that it can export your file to MP4 format in just a few clicks. 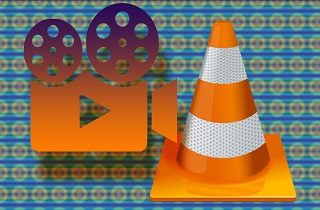