How to Capture Live Streaming Videos on BIGO Live 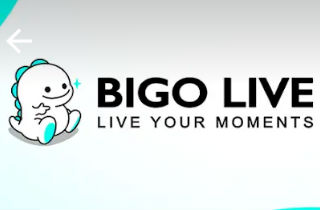 BIGO Live is one of the most common video streaming app available online that allows users to connect with others worldwide via live streaming videos. BIGO live has several interesting features; one that stands out is the users' ability to communicate with other users while broadcasting live. Also, the app can be used to broadcast real-life events like football games. Which it became pone of the leading sports streaming websites. Other users use the application as an avenue to showcase their God-given skills and talents, be it cooking, drawing, or another creative talent one possesses. Whatever the case may be, you need a BIGO recorder to help you record and save these videos for offline consumption. We have outlined a list of tools that you can use to record live BIGO videos on a computer, Android, and iOS devices.

Without further ado, let's explore the best Bigo live video screen recorder for Windows and Mac, which is AceThinker Screen Grabber Premium. Why? The software enables you to record any videos streaming for Bigo while preserving its original high-quality resolution, even for up to 4K. Moreover, with the built-in editor, you can make real-time annotations to your videos while recording them. Meanwhile, it allows you to schedule a recording. This means that you can set a recording task ahead and let the program do the recording at the designated time, even when you're not in front of the computer. Below is a simple step-by-step guide for how the software can record live streaming videos from Bigo.

To record record Bigo live stream, acquire the tool's exe file by hitting at least one of the "Download" buttons provided above. Just make sure you click the correct button for your OS. Then, open the installer to follow the prompt and save it on your computer. Once installed, open Screen Grabber Premium to start.

Next, log in to your Bigo account and browse it to find the live stream video you want to record. Then, switch back to the Bigo live screen recorder and go to its "Video Recorder" tab. Turn on "System Sound" to capture the audio and choose to record just the Bigo camera window or on full screen. Finally, click the "REC" button to start. Aside from Bigo Live, you can also record Facebook live stream, YouTube Live, Hulu Live, etc. 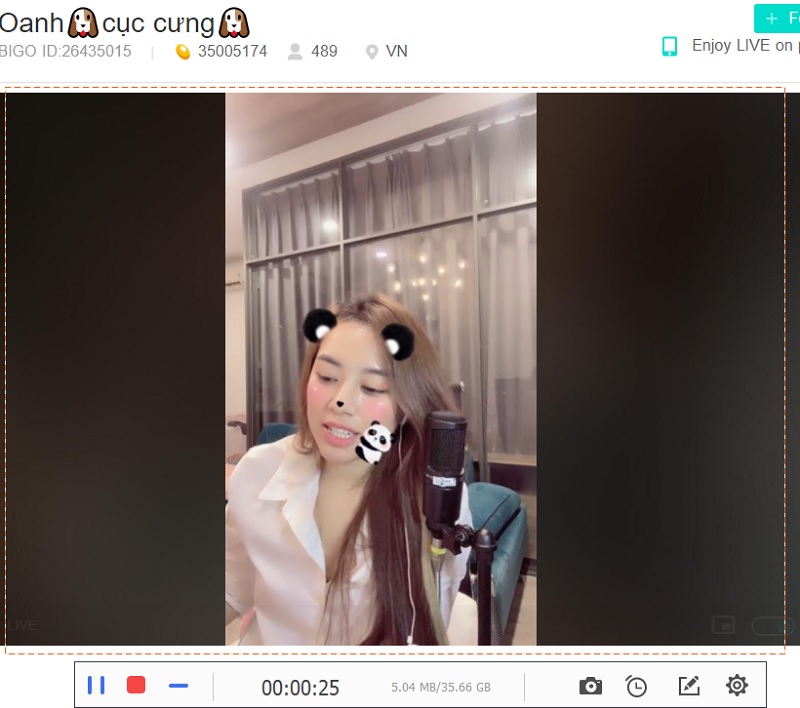 Step 3 Save and Play Bigo Recording

Once the live stream is done, hit the "Stop" button from the recording toolbar. Then, the playback window will appear, letting you preview the Bigo recording before saving it. If you're satisfied with it, click the "Save" button to keep a copy. 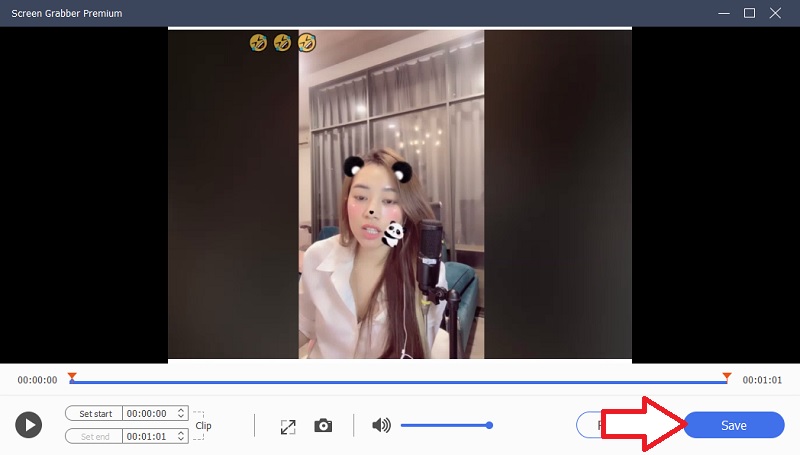 How to Capture Bigo Live Video on Android

If you own an Android device, I strongly recommend using Apowersoft Android Recorder to record live streaming BIGO videos on your device. One significant advantage of this screen recorder for Bigo is it works as a standalone app, meaning it records every action on your device without so much fuss. If you mainly use your Android device to stream videos on BIGO Live, then this app is your best choice to capture your videos. The app comes with a provision for HD output, which is perfect for sharing purposes. The app also comes with a screenshot functionality that allows you to take snips of your screen. Follow the steps below to capture video from BIGO on Android devices. 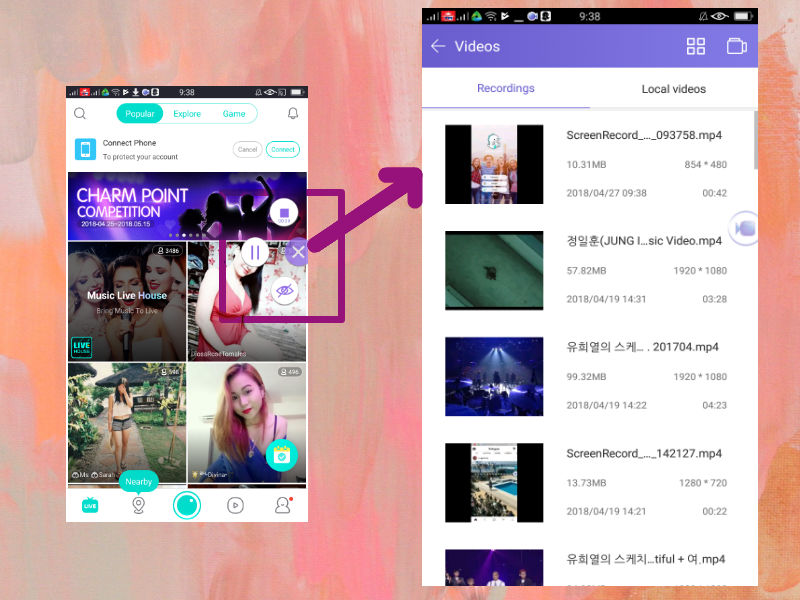 How to screen record Bigo live

How to Save Bigo Live Video on iPhone/iPad

AirShou is one of the best screen recording applications that you can use to record Bigo videos on iPhone and iPad. This app does not require root permission or jailbreaking to function, and it is completely free. The app is user-friendly; you don't have anything to worry about even if you are using it for the first time. AirShou supports iPhone and iPad devices running on iOS 9 and later versions. This Bigo live recorder offers high-quality screen footage (about 1080p at 60 frames per second) and a footage capture option from the camera. This app also allows users to select the orientation they feel is most appropriate when capturing. The audio quality is amazing; besides the internal audio capture option available that delivers high-quality stereo features, the app also utilizes the built-in microphone to capture sounds.

How to record Bigo live video 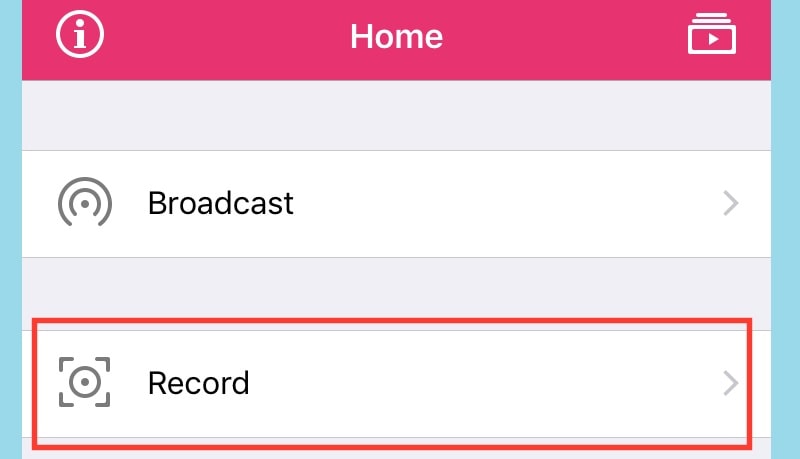 Extra Tips: How to Make Money Via Live Shows

Asides from live streaming, BIGO LIVE offers you the opportunity to make money via live shows. Thus, many of its users really wants to know how to record Bigo live. If you are interested in figuring this out, I suggest you look at the tips below.

How to use screen recorder for Bigo live 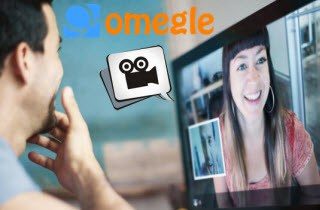 Better Ways on How to Record Omegle Video Chat with Ease 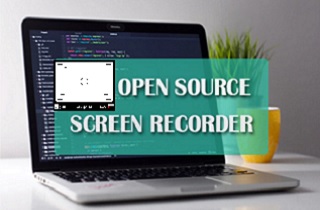