List of The Best Movie Streaming App for Android Free 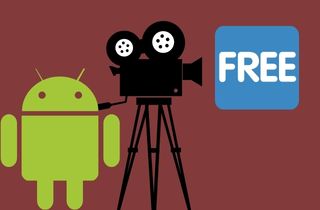 One of our favorite way to pass the time is by watching movies. People can either watch them in the cinema or rent/buy movie VHSs, DVDs, or CDs. But for people who are too busy to go out and go to the cinema or rental shops, their only option is to watch what’s showing on their TVs. Fortunately, movie streaming is now an option; users can watch any movie they want in the comfort of their homes without going out. One of the most famous movie streaming applications on all platforms is Netflix. However, the problem with Netflix is that it is not free. What if users can’t afford a subscription or want to avoid an extra expense? They can also use free movie apps for Android instead of paid applications. Below are some of the free movie applications users can choose from.

You can always choose to download movies on Android using movie downloaders such as AceThinker Video Keeper to watch movies offline. But if you really want to stream using an application for free, here are the best apps for the job.

Distinctive Feature: Familiar application to most Android users as it is preinstalled on all Android phones.

Although YouTube is a video-sharing and streaming platform that doesn’t tolerate illegal uploads and piracy, there are some legal movies here. It may not be the best movie app for Android streaming when it comes to movie collection, but it is recommended for users comfortable using a familiar app. Most movies uploaded legally on YouTube are old films that are allowed to be played on the platform for free. Lots of Indie and Short Film Makers and animators are using YouTube as their platform to share their movie creations. YouTube contains ads skippable ads inside some of the films, but there are no annoying click baits and popups. Some media companies also use YouTube to stream or share their TV or film series that users can watch for free. Finally, users can download the movies using the application to watch them later offline. 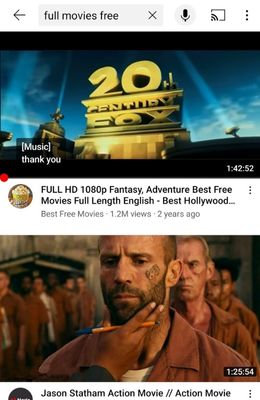 Next in the best movie streaming app for Android is Tubi - Movies & TV Shows application. It is a movie streaming platform that provides unlimited movies for free that fits all age categories. The streaming application adds free movies weekly, so users will not run out of free movies to watch. Most of the movies in Tubi are Hollywood and British films, but the app also features Spanish Movies and Telenovelas. Moreover, the streaming application also offers an extensive collection of Korean Movies and Anime. Unlike other applications, Tubi doesn’t have limited or restricted films depending on your location/country. This is why the application is the best option for users who wants to watch International movies without limitation due to regional restrictions. 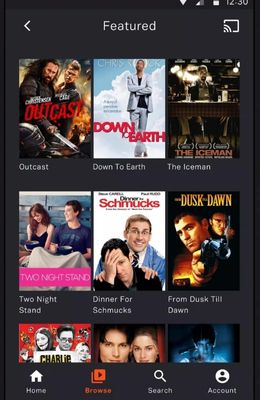 Distinctive Feature: Remembers all the movies you watch and let you continue unfinished ones where you left off.

Aside from being part of the best apps to watch movies on Android, Plex also allows streaming movies and shows from 200+ live TV channels. This is the perfect fit for users who also loves watching movies from their favorite TV channels on their Android. Moreover, the movie application allows streaming movies from other apps such as Crackle, AMC, Paramount, and A24. The application has a search engine built in for users to find what they want to watch quickly. Plex also has 24 free news channels users can watch for free. Finally, users can create a free account on Plex to share their streaming data on different Android devices for more convenient streaming. 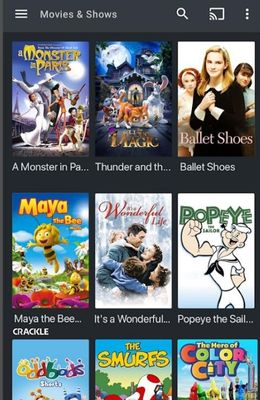 Distinctive Feature: Provides user and critic reviews for the movies.

Another of the best movie APK for Android is the IMDb TV application. IMDb is known for its extensive details and reviews on movies. It provides the ratings, critiques, cast and crew information, and awards and nominations of movies. Users who desire to know more about the reception of the movies before watching them will inarguably enjoy using IMDb. But aside from the movie information, it is an excellent application for streaming movies. Users can get personalized show and movie recommendations based on their algorithm by signing in. Users can also contribute to the ratings and reviews of the movies after watching them. Finally, users can browse, create, and share lists of movies and shows to watch. 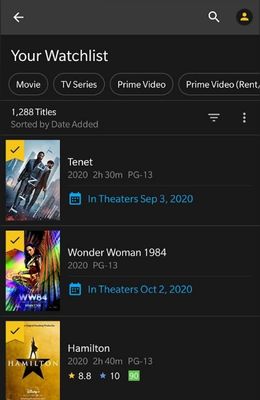 If you want more app to watch movie on Android for free, you can also try the MovieFlix application. Aside from the various movie collections, MovieFlix also features a lot of Web Series. Users that enjoy watching Web Series are the best fit for MovieFlix. Aside from the movies uploaded to the application, users can stream movies from 123 Movies, YouTube, and other websites using the app. No registration is required to use the application, but signing in lets users create their favorite list so they can create a list of movies they want to watch. Finally, all movies shown in MovieFlix are available in the public domain, so no videos are illegally uploaded or pirated on the application. 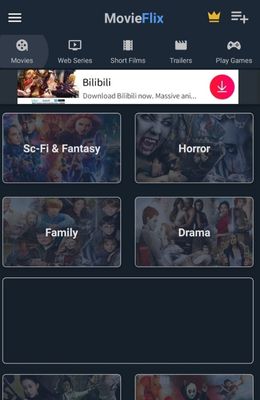 Distinctive Feature: It has the largest collection of free documentaries.

Another free app to watch movies on Android is Kanopy. Despite being a free application, this movie-streaming app provides ad-free content. This is the best application for users easily annoyed by constant ads and popups. Kanopy features a lot of thought-provoking documentaries, award-winning films, and movies from The Criterion Collection. Moreover, aside from searching for the title of the movies to watch, users can also search for filmmakers and casts to see their movies. It can be another way to decide which movie to watch if users like a particular actor or director. Finally, besides the adult-oriented shows, Kanopy also has movies and series for kids. 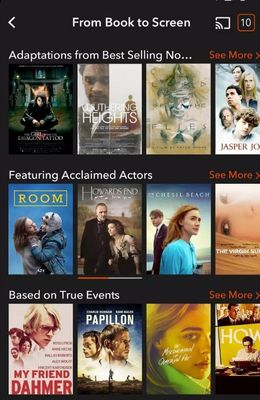 Some Paid Apps to Watch Movies on Android

Aside from the free movie streaming applications mentioned above, there are other paid applications that allow users to watch movies. The developers do make sure to make the subscription fee worth it for the extra features and quality they offer.

For a $9.99 monthly payment, users can enjoy the most popular shows and movie streaming application, Netflix. This movie streaming app contains a diverse collection of movies and series collected from all over the world. The best user group for this application are those who don’t mind spending some money in exchange for the best quality content. Streaming through Netflix provides users with superior audio and video quality. Moreover, the streaming website provides subtitles in many languages for almost all of the movies in its collection. Aside from the subtitles, Netflix also features changing the audio of the movies into another language, depending on what dubs are available for the movie. 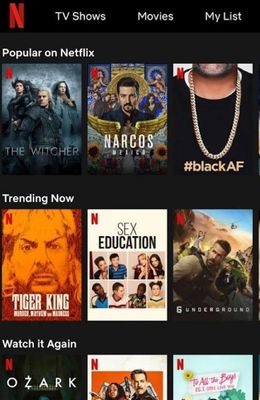 If you want to watch your favorite Disney movies and shows, you can enjoy streaming through the Disney+ application. However, the subscription costs $10.99 per month. But that is worth its expense for the best user group of this application, Disney fans. Aside from the Disney original movies and shows, the application also features movies from their collaborators and movies they bought licenses from. Some of them are Marvel and National Geographic. After signing up, users can enjoy a 14-day free trial to watch the movies and shows first, but after that, they can either stop the subscription or pay for the service if they like the application. 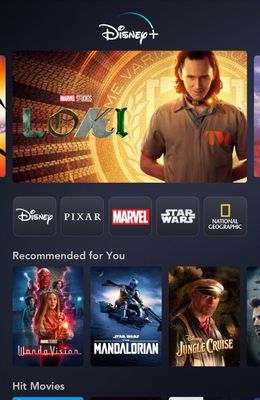 Although the Internet made movies more accessible to users, sometimes there are still limitations since some platforms require a subscription. However, users can still avoid the extra expenses by using free streaming applications or downloaders like Vidmate and alternative. 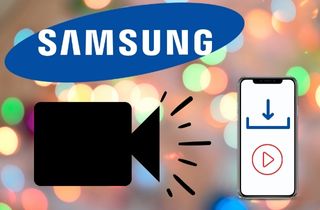 The Top Ways to Convert YouTube to MP4 Samsung Android 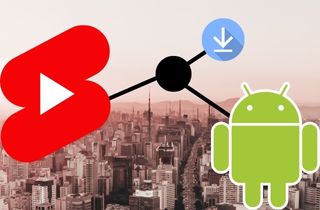 The Most Useful YouTube Shorts Video Downloader for Android