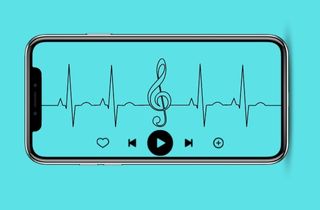 For Android users who enjoy listening to music without an internet connection, downloading MP3 songs is their best option. With an MP3 extension, songs are compressed into smaller file sizes than MP4 and other multimedia extensions. You can also play MP3 files in media players even if the phone is locked, unlike video files that get paused if you lock your phone. However, MP3 files don’t have any visuals when you play them. If you are bored and desire to stimulate your eyes, aside from your ears, you have nothing to watch. Unless you use a music visualizer Android to create visuals for your MP3 files when they are playing. Using a music visualizer, you can enjoy those fun waves and other graphic effects whenever you are playing your music. Learn more about them as you continue with these music visualizers for Android review.

Before discussing the best music visualizer app Android, you have to download the MP3 songs you will use for the visualizers. If you don’t have an MP3, these music downloaders can help you acquire the songs you want. Click here to learn more about them. Or you can use the download button below to get the best Android Music Downloader.

Distinctive Feature: Can customize the visualization of music depending on the genre.

Price: The app is free.

The first tool in the list of the best music visualizer for Android is AudioVision Music Player. Aside from being a music player, the tool allows you to play and customize visuals on your downloaded songs. It offers six various visual skins that are still customizable, so it is the best for users who want a lot of options. Some parts you can fine-tune are the Color settings, Sensitivity, and Width of the Bar and Border. You can also create screensavers with the application that will work with the song playing on your background processes. Finally, the tool is accessible since you can manage the playback from the lock screen, the notification bar, and a home widget. 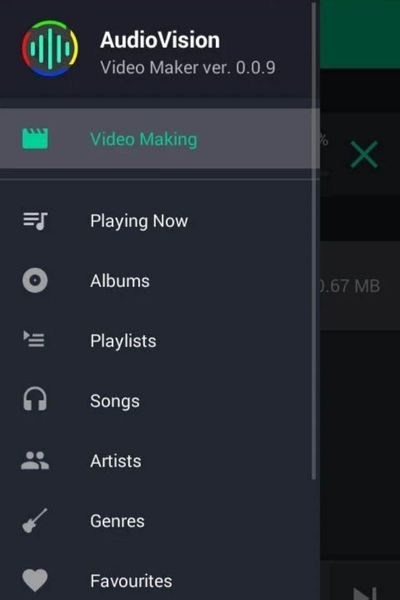 Distinctive Feature: The tool creates seamless transitions of the songs.

Avee Music Player Pro is another tool that works as a media player and an Android sound visualizer. The tool uses the downloaded songs in your local storage and SD card if you give it the necessary permissions. It will then add the songs to its media player library and allows you to play them with visuals. Avee Music Player Pro can export audiovisuals in HD quality. So, you can also share the visuals and songs you created aside from enjoying them with the player. This tool fits users who want to show their creative visualization of songs on video-sharing platforms. 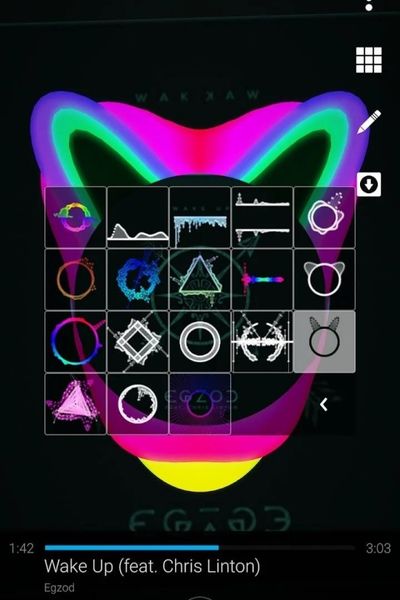 Another sound visualizer Android is Spectrum - Music Visualizer. It can generate visual effects from your music library, music app, or even microphone input. This is the best tool for users who likes recording themselves and adding visuals to their records. There are a lot of visuals to choose from, more than 15, but not all of them are available for the free version. Aside from that, the music visualizer contains ads. But, you can remove them and unlock additional visuals by buying the premium version. The tool also has a built-in media player where you can play your songs with visuals but needs permission to access your local storage. Below are samples of visuals offered by Spectrum. 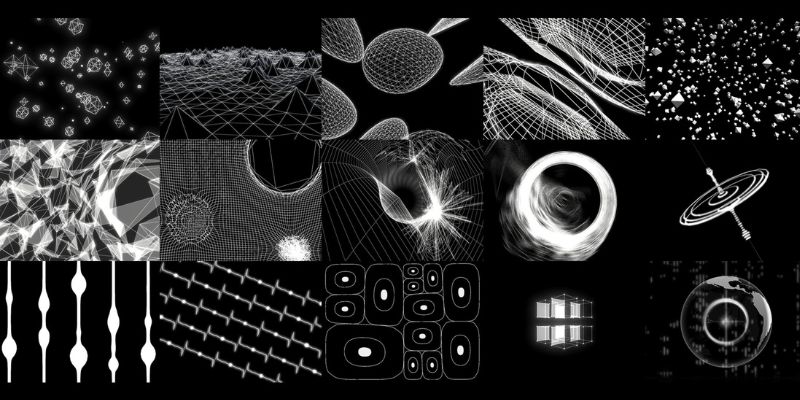 Distinctive Feature: Can provide visualizations for other players.

Price: The app is free.

The next audio visualizer Android, Music Visualizer, is the best tool for user groups that still prefer to use their favorite media player. The feature is possible with the Snoop mode or Live Wallpaper mode of the tool. Music Visualizer can provide visuals and react to the sounds playing on other media players even without playing it on the tool. Users can also control the visualizer using gestures for faster accessibility. Some samples of gestures are doing a double tap for Play/Pause, but it is also customizable. There are 11 types of renders that you can use as visuals, and there is an option to randomize them for a more interesting effect. 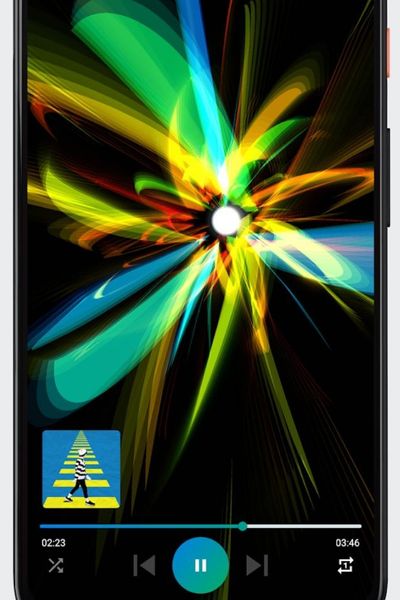 Price: Free download with in-app purchases of $4.49 per item.

Another music visualizer Android is Alien Worlds. The application prides itself on its out-of-this-world visuals that will take you to your alien world. It also allows users to change the speed of the visuals using a plus (+) and minus (-) button. There are over 100 renders you can choose from that are customizable with the settings. However, not all of the renders are for free, and you have to purchase them. Moreover, aside from playing the songs in your music library, you can also play songs from the radio channels accessible through the app. This music visualizer works best for users who like exploring new music of different genres through the radio. 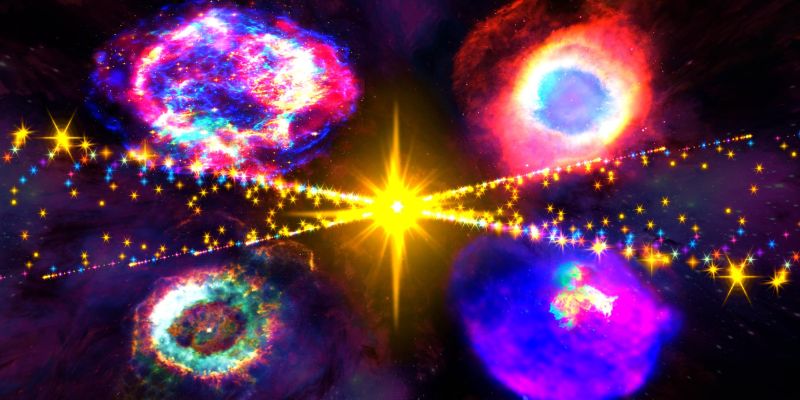 Distinctive Feature: Has an AirPlay feature.

The following music visualizer, Trance 5D, lives up to its name since it also has a radio that plays Trance music. This is the best tool for Trance music fans since it has over thirty radio channels that play that genre. Aside from that, it offers 22 music visual themes designed to play perfectly on Android, iOS, and even televisions. Because of the AirPlay feature of Trance 5D, the app can be connected to TVs while the phone undergoes a battery-saving mode. However, some of these functions are only available on the premium version of the application. 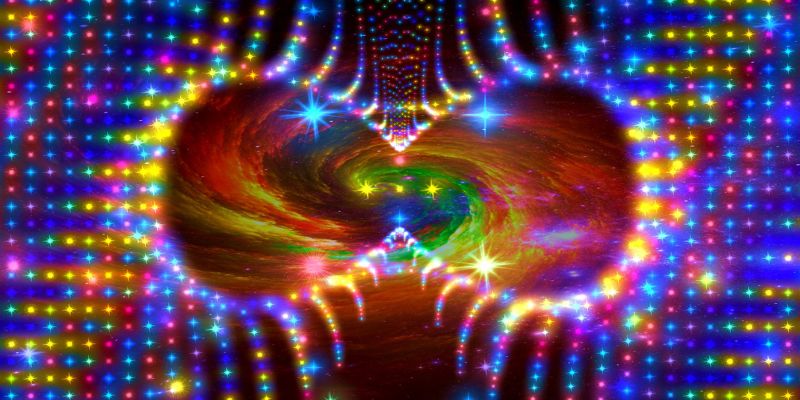 Beatfind is another sound visualizer Android. However, it also works like the Shazam music recognition application. Aside from allowing you to play visuals along with your music, you can discover new songs after hearing them for the first time. After Beatfind recognizes music through your phone’s microphone, it can analyze and provide data about the song. All the while synchronizing it with visuals. The visualization provided by Beatfind can also be recorded or saved so you can share them on Social Media, like Facebook and WhatsApp. This is the best tool for users who likes identifying new songs they hear and sharing them with their friends. 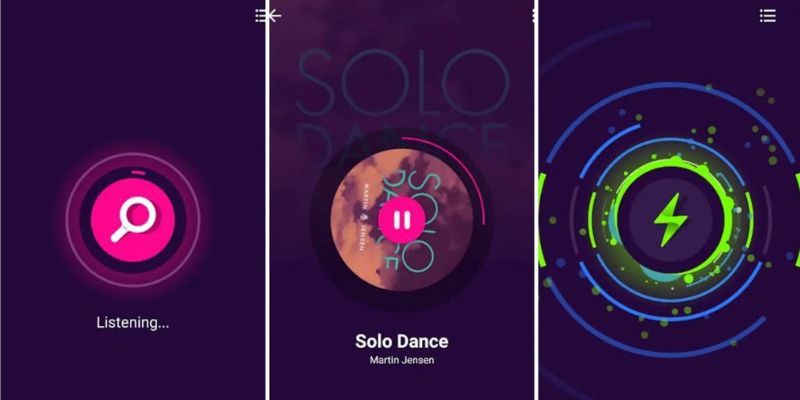 Trapp is an Android sound visualizer that initially works only on iOS. However, some developers have made an Android application for this visualizer, but it is not available on Google Play Store yet. Installing the application through an APK is worth it since the application lets you create your visuals. The tool is also perfect for users who enjoy banging with the bass of songs since this tool has many Bass synced effects. The visualizer can also be used with Spotify, but you must give it the required permission. 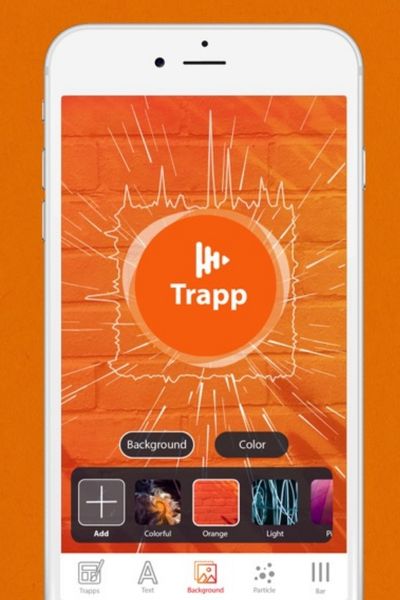 Distinctive Feature: The visuals are interactive to touch.

Another best music visualizer for Android is ProjectM. It has the most advanced and smoothest graphics since it reacts to sound and touch. Since the Android version of the application doesn’t have a built-in music player, it visualizes any sound playing on your phone instead. If there are no sounds to visualize playing, it will react to sounds from your microphone. Aside from working with other media players, ProjectM lets users create Live Wallpapers with visualization presets. The tool is the best for users who want an immersive experience due to the reactivity of the visuals provided by this great application. 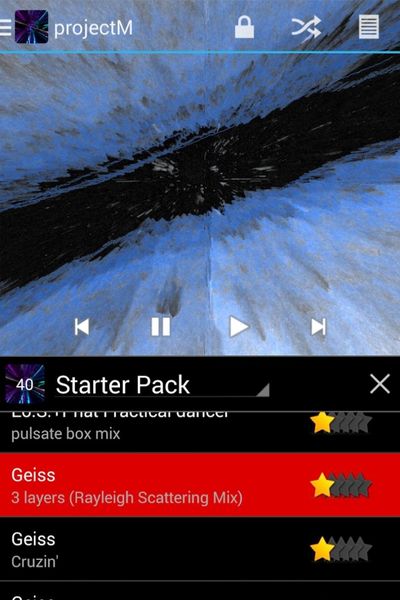 Last but not least best music visualizer app Android is Spectrolizer. The music visualizer offers multiple layouts with various color presets, which are editable to your liking. Spectrolizer has multiple view modes, such as Normal, Kaleidoscope, Sensors & VR, and 3D. Inarguably, the tool is the best for users who want different viewing modes with their visualizers. Moreover, if you listen with a Bluetooth headset or speaker, you can adjust the visualization delay to sync it with the delay of the output devices. Moreover, with the tool's Spectrum Analyzer, it can clearly present the different sounds of the instruments in its beautiful visuals. 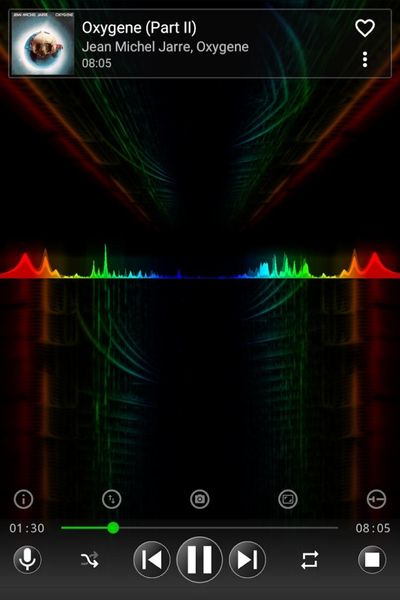 There are a lot of music visualizers for Android that you can choose from. However, not all of them support the visualization of songs playing through online audio streaming services. That is why it is still better to download the songs to your music library with the help of tools such as this Spotify to MP3 android downloader. 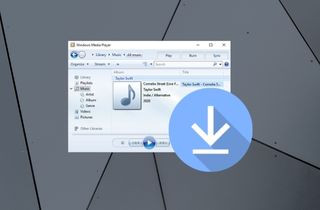 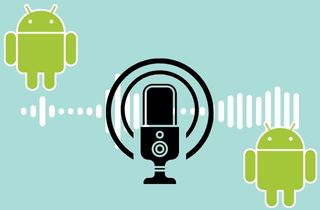 Reviews of the Best Way to Listen to Podcasts on Android